As Melbourne stumbled into another lengthy lockdown this time last year, Corrie Perkin was forced to make a heartbreaking decision – she would close her bookshop in Hawksburn after 12 years. The combination of six lockdowns and fruitless negotiations over a new rental agreement brought the saga to an abrupt end.

It was a wretched time for everybody, but for Perkin it meant serious reflection about what would come next. What she didn’t want to do was go back to journalism (she worked on this masthead) or working in communications, as she did at the National Gallery of Victoria. 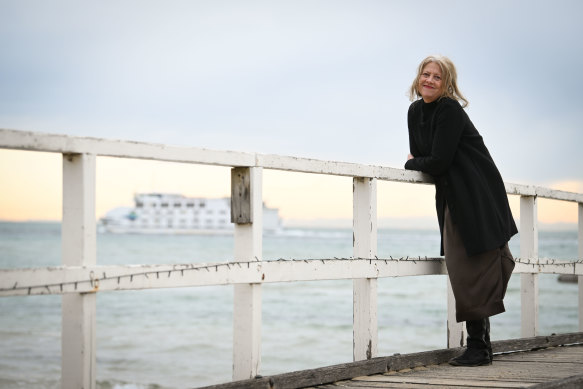 She wanted something with books and authors – her passion – and that’s when she dreamed up the idea of the Sorrento Writers Festival, which launches Sunday and will take place April 27-30 next year.

The peninsula town has always had a special place in her heart. There’s a photo of her sitting on the front beach clutching a bottle of Tarax soft drink in her two-year-old hands. Her parents had bought land in Sorrento and intended to build, but it had to be sold when her father, Graham Perkin, then editor of The Age, died suddenly.

“Our family has had this connection for six decades,” she said. “I spent most of my youth at the back beach and as part of the Portsea lifesaving group.”

She moved down to Sorrento on a permanent basis during the first lockdown, but returned to steer My Bookshop by Corrie Perkin a few days a week, “delivering books across Melbourne”. But, she concedes, one of the upsides of losing the bookshop was being able to be a permanent Sorrento resident: “It has saved my soul.” 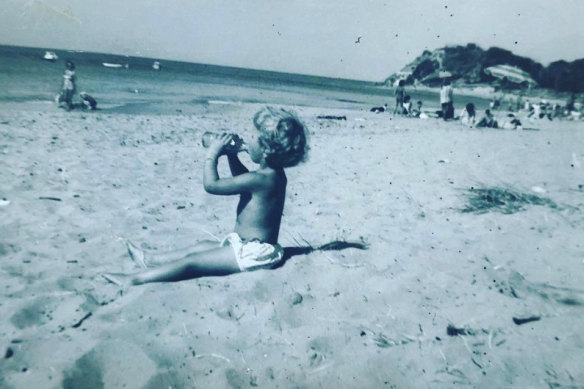 Corrie Perkin plays on the beach at Sorrento at the age of two.Credit:

Then came her eureka moment. “On the peninsula, if you’re culturally obsessed, there isn’t a lot happening,” she said. “I just felt if we did something like this there would be enormous interest.”

As festival director, Perkin will program more than 30 events involving 45 or more guests. Most will be Australian, but she is hoping a couple of international writers will appear in person, with a couple more joining via Zoom.

“We have applied for various funding streams. For us, our natural fit is the Victorian government through Visit Victoria or through Creative Victoria. Then there’s Mornington Peninsula Shire Council and I’ve had meetings with the mayor and different councillors and they’ve been very supportive. We’re filling out applications at the moment.”

She is also confident that there will be private donations from the local community, particularly when one of the aims of the festival is to nurture seed funding for a foundation to establish a library in Sorrento.

Perkin is confident that the Sorrento Writers Festival will run for at least a few years. “This corridor is a growing area and East Link has introduced more people to the area.”

It’s a part of the world that’s lodged in Perkin’s heart.

“I kind of lost my family home when my father died when I was 15 and when I come down here I feel the connection more than any other place in the world and I feel that he would be loving this idea. He used to say he wanted to get old here, but now I’m getting old for him here.”