How do you like my new flat? Turning a ‘doer-upper’ into her dream pad was the aim for rookie homeowner SOPHIA MONEY-COUTTS – but two (very dusty) years on, her goal remains elusive

The first builder died a week after I appointed him (heart attack; I didn’t cause it). The second builder arrived and instantly declared that my flat in South London was too far for him to drive from West London every day. The third builder said I’d have to wait ‘at least a year’ for my project to start because his labourers had returned to Poland. The fourth one came over and promised a quote that never materialised.

It was only when I met a married couple who live two streets away and run a property business – she does the designing, he oversees the building work – that the renovations could get started.

I bought my Crystal Palace flat in September 2020, having fallen in love at first sight. It’s unusual: half a detached house built in 1900 by a rich merchant as his weekend pad (wealthy Victorians had country houses in this leafy spot because it’s the highest point in the city, out of the smog). But it needed work. A lot of work. New windows, new wiring, new kitchen, new bathrooms, new flooring, total redecoration. No problem, I thought at the time. I used to watch Changing Rooms; how hard can it be? 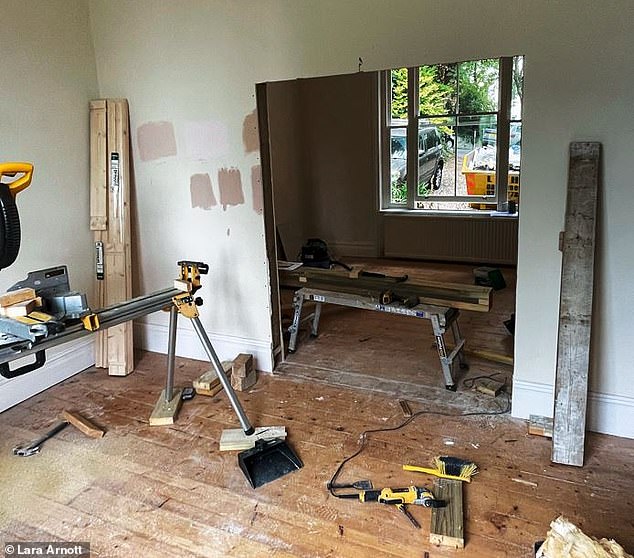 Since buying her Crystal Palace flat in 2020, Sophia Money-Coutts has lived amid renovation chaos

Well, as hard as a totem pole, to borrow a phrase from Ryan Giggs. Work started last May, a mere 20 months after moving in, when one end of my kitchen was knocked down to make way for glass doors overlooking the garden. Nearly five months on, the doors are yet to arrive and that end of the kitchen remains nailed up with chipboard because lead times for materials are lengthy thanks to labour shortages and supply-chain problems caused by the pandemic, Brexit and soaring energy prices.

Since then, my kitchen floor has been ripped up, every appliance removed, an old bathroom taken away, two rooms knocked into one, a window taken out and a hole made for another (also covered in chipboard). There is more dust in my house than the Gobi Desert and I cough at night like a consumptive orphan in the one untouched bedroom because I insisted on staying put while the renovations rumble on around me. Had to. Couldn’t afford to rent anywhere else. Because the cost of such work is dizzying.

How are you supposed to know what a steel beam should cost in the first place? Walk into a Tesco Express to buy a bottle of wine and it’ll cost you a tenner because that’s what it says on the label. But want to know how much it’ll be to install a wet room or replace your kitchen units? A builder will scratch his arse, produce a random number and you’ll have no idea whether he’s ripping you off. 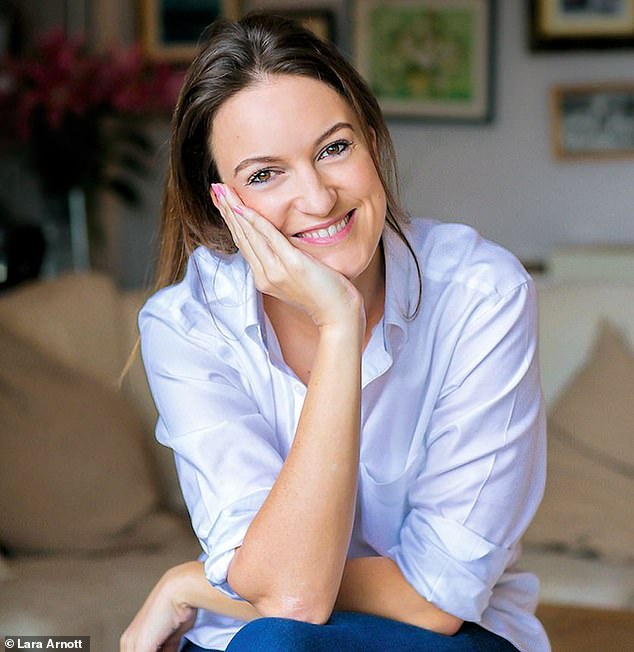 All along, I’ve been very aware that I’m managing this project as a single woman who – until very recently – thought a screwdriver was a drink. ‘Your husband here?’ asked one builder when he arrived on my doorstep. At least Lindsay and Claire, the very helpful couple who are overseeing my project, sent me an official-looking document with a quote for each room before we began. But still, it hasn’t been cheap, and I’ve scrapped several ideas (underfloor heating in the kitchen, sliding doors between my bedroom and bathroom) to deal with various problems that revealed themselves along the way. The foundations for the new kitchen doors weren’t as deep as we’d hoped (of course they weren’t), so more concrete was needed; the wiring in the kitchen was even worse than we imagined (naturally), so that was another expense.

Then there are all those minuscule details you don’t think about until you enter renovation world. What height did I want the light switches in the hallway, asked Leigh the electrician. ‘Um, normal height?’ I replied. What sort of loo did I want for my bathroom, asked Claire during a planning meeting. ‘Um, a normal one?’ (In the end I changed my mind and opted for the Regal design from Burlington Bathrooms on the basis that I’m tall and it has a seat six centimetres higher than your average, making for a more, er, comfortable experience.)

The things you find yourself obsessing about during a project are mind-boggling. I have spent hours (honestly, whole hours) on lighting websites, and further hours travelling around London lying in showroom baths, shoes off, to work out if the incline is comfortable enough for me to read my Kindle. I’ve scoured Pinterest for bronze kitchen unit handles and contacted various sellers on Etsy regarding ‘movable’ butcher’s blocks. I’ve thought of little but lampshades and wall colours, basins and towel rails for months. I’ve shared the one existing bathroom with dozens of men – scaffolders, joiners, plumbers and painters. Clint the carpenter even moved in for a couple of weeks while he made my wardrobe, and we shared long conversations about the merits of drawers versus hanging rails.

‘It’ll be lovely when it’s over!’ everyone cries, as if a renovation is like childbirth. But now the project is just a couple of weeks from being finished, all I can say is, surely pushing out a baby isn’t this bad?

MY TIPS FOR  RENOVATION ROOKIES

GET MORE THAN ONE QUOTE

Preferably three. And ask for them to be itemised. There’s so little transparency in the building trade; one person might quote you £5,000 for a new bathroom and another might say it’s £30,000.

Communicate as much as possible with your builder or project manager. If you’re living on site, fine, you’ll see them. Otherwise, visit as often as you can. Even though I was living amid the chaos, I emailed Lindsay every week (poor Lindsay) itemising every job so we both knew what had to be done.

You may have a budget in mind for the work, but have you factored in the cost of any potential extras such as carpets and lighting? I went through my figures multiple times a week to ensure that if, for example, I’d bought wall lights, or spent a bit more on bathroom tiles than expected, I wasn’t going to be left short.

BE A SAVVY SHOPPER

When giving your home a makeover it’s tempting to shop around a million different places, but have you considered that buying everything in one place – say, for your bathroom – might get you a big discount?

BRUSH UP ON COLOUR

How different can paint look from the colour chart, I mused at the start of this project. Turns out, very different. So try samples of your chosen colour on various walls to see how it looks and how light affects it. It may be darker/lighter than you wanted or look like another shade entirely.