Next chapter! Ben Higgins and Jessica Clarke are married more than one year after he proposed.

The newlyweds exchanged vows on Saturday, November 13, at Cherokee Dock in Nashville with plenty of Bachelor Nation couples in attendance, including Ashley Iaconetti and Jared Haibon, Becca Kufrin and Thomas Jacobs and Dean Unglert and Caelynn Miller-Keyes. 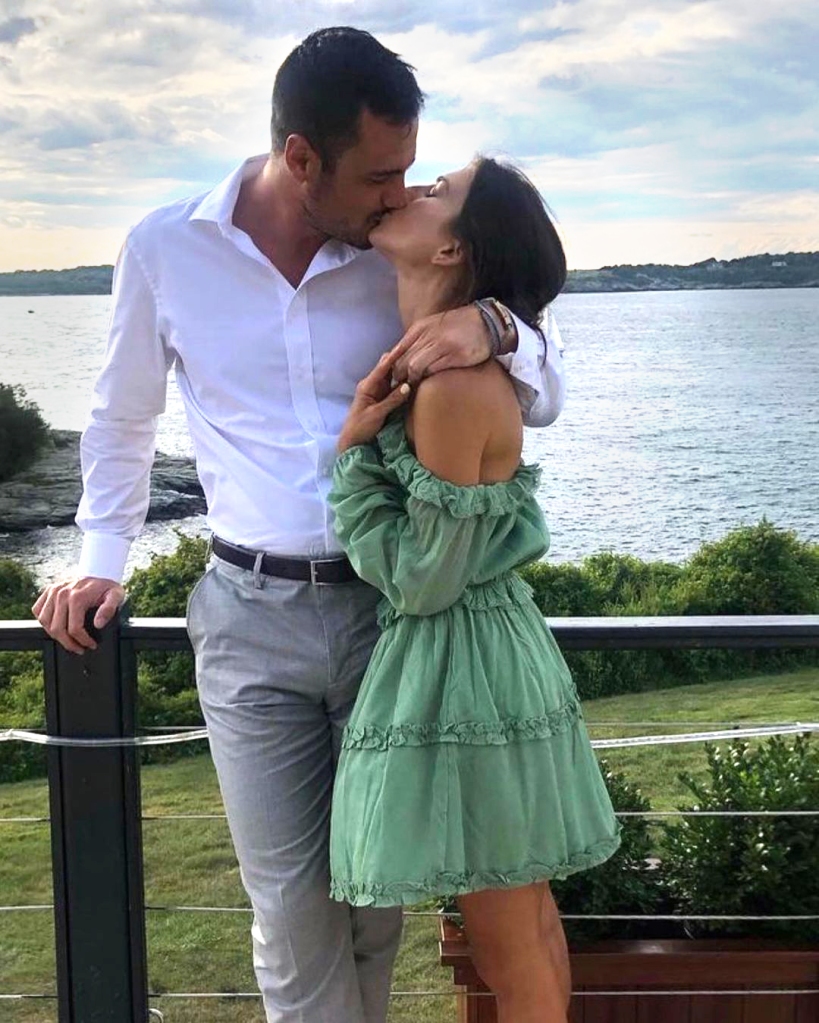 Leading up to their wedding day, the couple kept their social media followers updated on their plans — and counted down the days until they’d say “I do.” In August, the former Bachelor sent Clarke packing for her bachelorette party.

“Kiss your single days goodbye @jessclarke_ because I’m putting a ring on that finger and we ain’t ever taking it off!” he teased in an Instagram post as his then-fiancée puckered up to a cardboard cutout of his face. “Happy #bachelorette weekend you beautiful gift to this earth you!”

In the comments, Clarke gushed, “I’m the luckiest girl in the world.”

The “Almost Famous” podcast cohost met his now-wife through Instagram following his May 2017 split from Lauren Bushnell, to whom he got engaged at the end of The Bachelor‘s 20th season. He proposed to Clarke in March 2020.

“We’re great. It’s fun. It’s just healthy. … I think she would say the same. Our relationship is healthy,” Higgins told Us Weekly exclusively two months before he got down on one knee. “I’m a better version of myself, a more free version of myself than I’ve been in a while.”

Celebrity Weddings of 2021: See Which Stars Tied the Knot

In May 2020, the Alone In Plain Sight author and Clarke revealed that they made a big decision early on in their romance to abstain from sex until marriage.

“It wasn’t a hard conversation or a weird one,” she told Us exclusively. “I think as we got more serious, it became a bigger conversation.”

Higgins noted that they made the choice “within the first two weeks” of dating, adding, “It’s just something that we both felt comfortable talking to each other about. I forget the exact scenario that it came up. … We had talked about it and agreed to it. … Like, we still have the desires and we still have the emotions and the physical desires to love each other.”

The goal proved to be not such a challenge. In December 2020, Clarke shared an update on the couple’s living situation, revealing that the Indiana native was staying elsewhere despite them purchasing a home together.

Not for Everyone! Bachelor Nation Stars Who Found Love After the Show

“Last week I started the moving process to Colorado and into our FIRST HOME!” she wrote via Instagram at the time. “The house is empty, but it’s ours! I’ll be living in it and making it into our little home until Ben joins me after the wedding. I can’t wait to share all of the little projects.”

With their ceremony behind them, the pair are looking forward to growing their family — and Higgins already has a vision for starting the process.

“We’ll have kids some way, either biological or not biological. We will have a family,” he told Us earlier this month. “Just because she’s 26, I’m 32. If I had, like, an ideal timeline where I got to pick, it would be two years when we’d start thinking about it. … We’ve obviously abstained from sex for three years, so we are off to a fast start on trying to start a family.”