Prince Harry and Meghan Markle ‘organised gifts for more than 30 different reunified and refugee families’ at the US and Mexico border this weekend.

The Duke and Duchess of Sussex, who are currently living in their $14 million mansion in California having stepped back from royal duty, shared the news on their Archewell Foundation website.

Alongside a photograph of a pile of presents, a description explained: ‘On Friday, the Archewell team including The Archewell Foundation, Archewell Audio and Archewell Productions gathered to celebrate the holidays and participate in This Is About Humanity’s annual Holiday Party for Reunified Families represented by Immigrant Defenders Law Center.

‘Led by The Archewell Foundation, the company organized holiday gifting for over 30 reunified and refugee families. 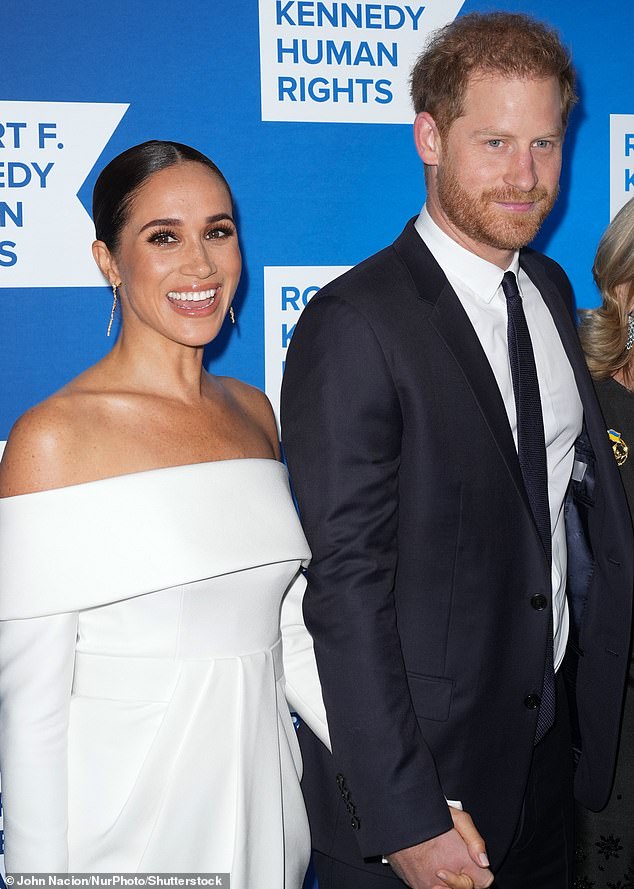 ‘This Is About Humanity creates a community of allies and advocates dedicated to raising awareness about separated and reunified families and children at the U.S.-Mexican border.’

The news was shared hours after a new trailer was released for a Netflix show fronted by the couple which celebrates inspiring leaders.

The couple, who appeared last week in the last three episodes of their bombshell docuseries ‘Meghan & Harry’, will look at figures ‘who have made brave choices’ including Jacinda Ardern, the Prime Minister of New Zealand, late US Supreme Court justice Ruth Bader Ginsburg, Greta Thunberg and former South African president Nelson Mandela.

Other people who will be featured include Bryan Stevenson, a 63-year-old US social justice activist and law professor, Albie Sachs, 87, a former South African judge, rugby player Siya Kolisi, 31, and the journalist Gloria Steinem, 88.

The Duke and Duchess of Sussex, who are currently living in their $14 million mansion in California having stepped back from royal duty, shared the news on their Archewell Foundation website alongside a photograph of boxes of gifts

The trailer features an interview with Ginsburg, who died in September 2020 after receiving several months of cancer treatment.

The Sussexes announced they were stepping back from the Royal Family in January that year, suggesting they started making the documentary soon afterwards.

Opening the trailer, Harry says Mandela was the inspiration for the documentary. He then goes on to quote the former South African president and says, ‘What counts in life is not the mere fact that we’ve lived…’

Meghan finishes his quote for him and adds: ‘It is what difference we have made to the lives of others that will determine the significance of the life we lead.’

Harry then says: ‘It’s about people who have made brave choices’ and Meghan adds: ‘To fight for change and to become leaders…’ 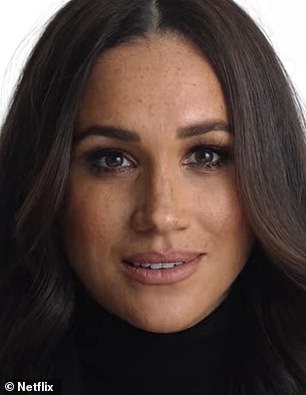 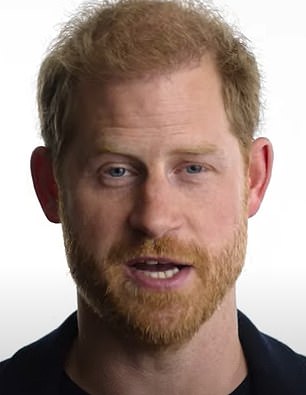 Meghan and Harry are presenting a new documentary on inspiring leaders, it emerged yesterday

Finally, Harry concludes by saying: ‘And for giving inspiration to the rest of us, to live, to lead.’

Live to Lead will be released on December 31.

It came as a royal expert claimed the Prince of Wales is ‘livid’ at Prince Harry’s ‘antagonistic’ use of Princess Diana’s Panorama footage in his Netflix series.

The Duke and Duchess of Sussex’s Harry & Meghan series features a number of clips of their mother’s account of her marriage collapse from her 1995 interview with BBC rogue reporter Martin Bashir.

William last year said the footage ‘should never be aired again’ after it was revealed that Bashir peddled an astonishing web of lies and smears to land his scoop.

Vanity Fair’s Katie Nicholl told Ok! that Harry has ‘monopolised’ Diana’s story, saying: ‘[William] will be livid. William has campaigned for that footage to never be screened again, so for it be used in his brother’s own reality TV show will be very frustrating for William.

‘It’s quite antagonistic and it’s not right. I think the way Harry has monopolised Diana’s narrative as his own must be very hurtful for William too.’

Royal Family left ‘baffled’ by Harry and Meghan’s ‘demands for an apology’ with prince told by Palace one will NOT be forthcoming until he ‘admits his own faults,’ reports say

Prince Harry’s suggestion that Queen was ‘sidelined’ at Sandringham talks is ‘complete nonsense’ – because the late monarch ‘wasn’t manipulated by anyone’, says royal expert

Princess Eugenie ‘will be a comfort’ to BOTH Prince William and Prince Harry because she is ‘keeping a foot in each camps’, royal expert claims