The High School Musical: The Musical: The Series actress, 18, took the stage at the Barclays Center in Brooklyn to belt out “Good 4 U” just after Justin Bieber opened the show. The audience could be heard singing along in the New York arena.

Rodrigo descended onto the stage on a cloud of balloons wearing a blue and purple dress with purple, elbow-length gloves and butterfly clips that evoked a vintage prom aesthetic similar to her Sour Prom concert special. 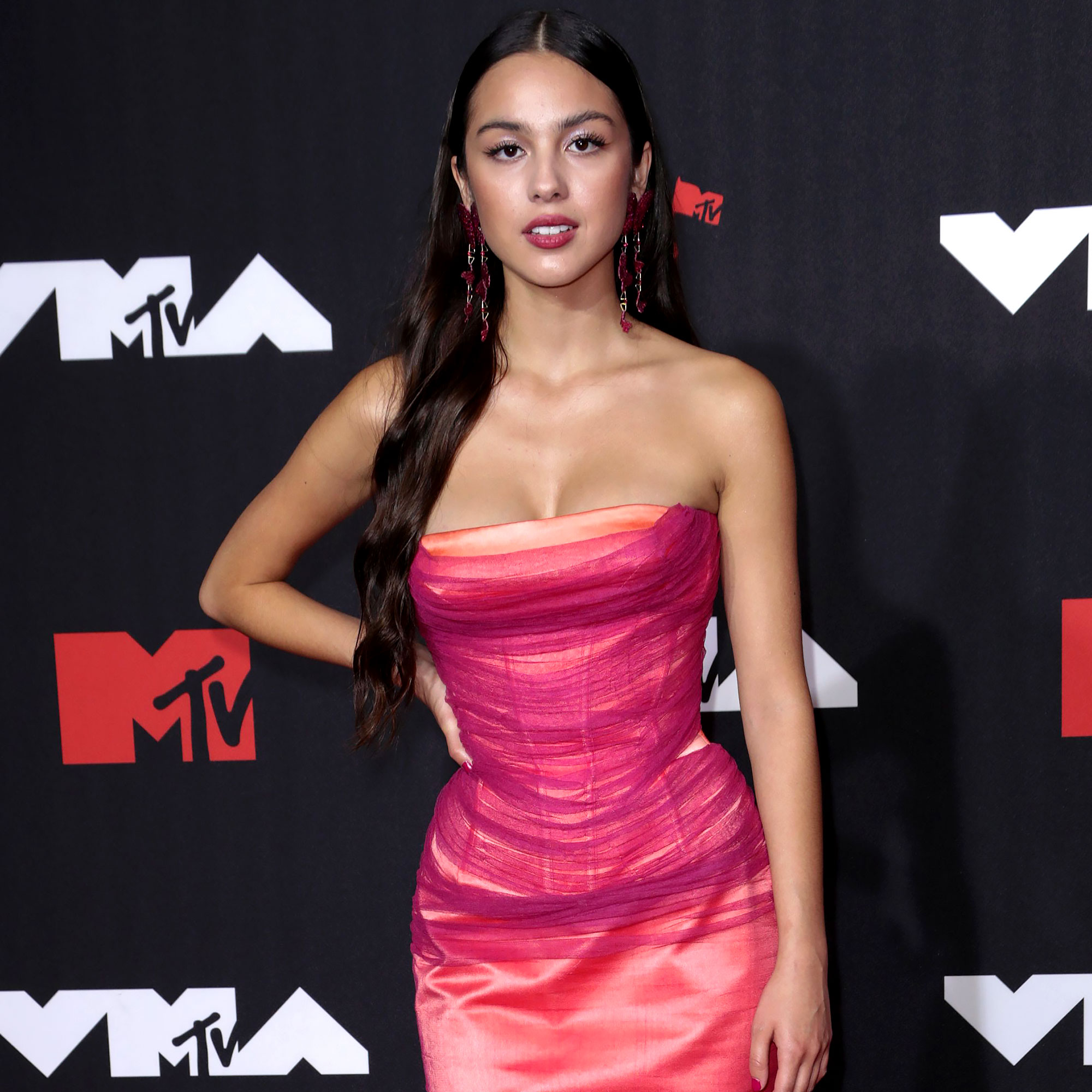 Rodrigo wasn’t just there to perform her hits. She was up for five categories at the VMAs, including Artist of the Year, Song of the Year (“Driver’s License”), Best New Artist, Best Pop Video (“Good 4 U”) and Push Performance of the Year. She won the latter before the award show started airing on MTV and scored another moon person for Song of the Year immediately after her performance.

“First of all, I just want to thank all of you guys, the fans. This is so incredible. This has been the most magical year of my life,” she said. “I want to dedicate this award to all the other girls who write songs on their bedroom floor. There are a lot of people who will try to dim your light, but speaking your mind and listening to your heart are the most powerful things in the world.”

The California native has had a whirlwind year. Her single “Driver’s License” hit the airwaves in January, and her full-length album, Sour, was released in May. Her first single was an instant hit, debuting at No. 1 on the Billboard Hot 100. Her April follow-up, “Déjà Vu,” hit the chart at No. 8, making Rodrigo the first artist in Hot 100 history to debut their first two singles in the top 10. 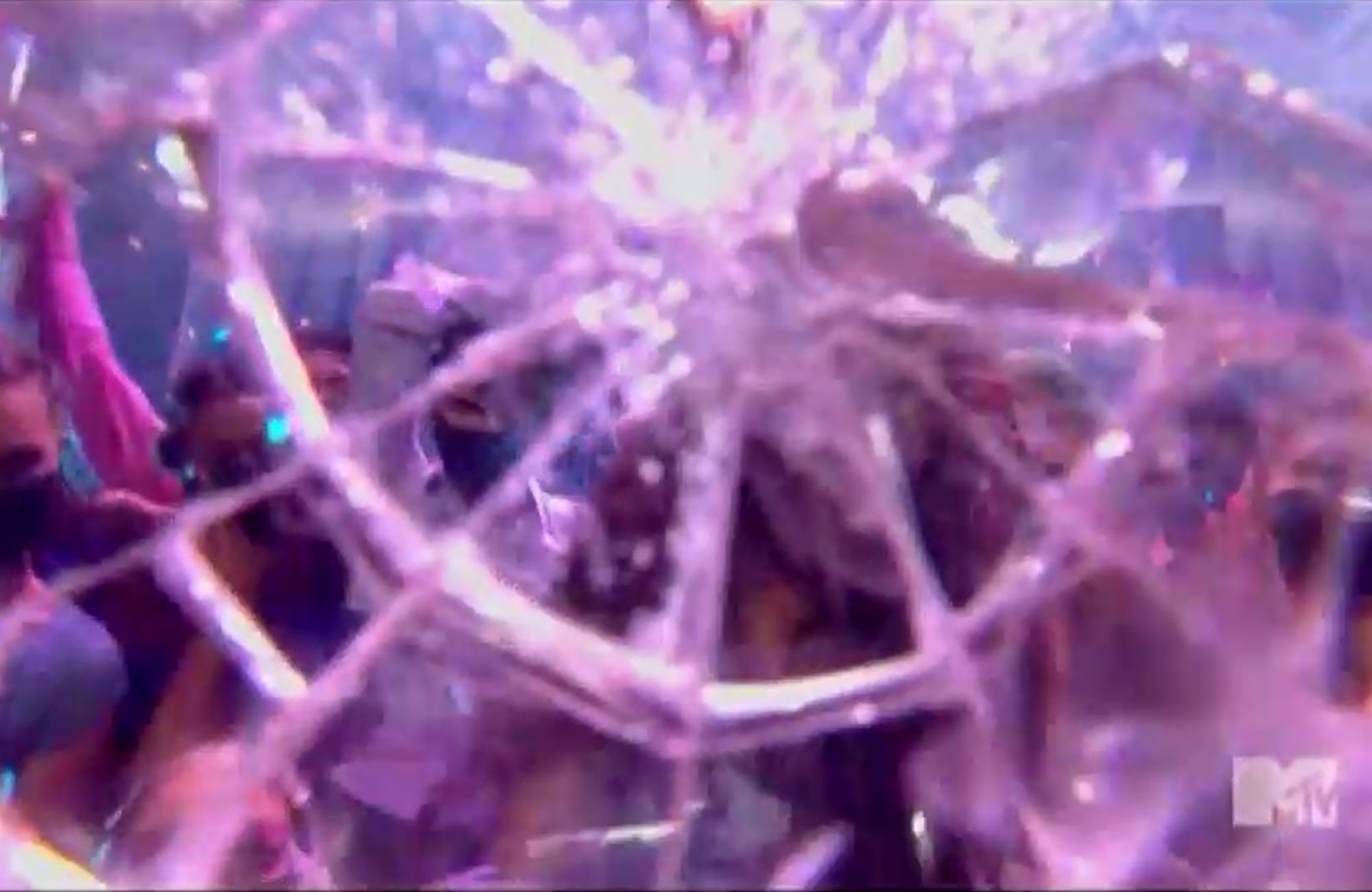 “I totally understand people’s curiosity with the specifics of who the song’s about and what it’s about, but to me, that’s really the least important part of the song,” Rodrigo told Billboard in January 2021 about who inspired her hit single. “It’s resonating with people because of how emotional it is, and I think everything else is not important.”

Glam Time! See the Stars Getting Ready for the VMAs

The romantic drama has taken a backseat amid legal entanglements. Rodrigo has turned heads as she credited more songwriters after the release of Sour.

In August, the singer gave Paramore singer Hayley Williams and ex-guitarist Josh Farro writing credits on “Good 4 U” after months of fans comparing the track to 2007’s “Misery Business” and even sparked a TikTok trend that showed the similarities. Taylor Swift, a hero of Rodrigo’s, was credited on “1 Step Forward, 3 Steps Back” at the time of its release since it interpolated Swift’s “New Year’s Day.” However, the veteran entertainer, 30, has since been added as a writer of the newcomer’s “Déjà Vu” due to the influence of Swift’s 2019 song “Cruel Summer.”

The late additions have some questioning Rodrigo’s originality, but Elvis Costello has given the Bizaardvark alum his stamp of approval after a fan noted a guitar riff on “Brutal” seemed similar to his 1978 song “Pump It Up.”

“This is fine by me,” Costello, 67, tweeted in June. “It’s how rock & roll works. You take the broken pieces of another thrill and make a brand new toy. That’s what I did.”

“All this calling out and s—-t, it’s like, music is a creative thing, and I just hate to see it crushed … When you take someone who’s a newer artist, and she’s doing things that emulate the ones from generations removed, I don’t know how bad that is,” Levine, 42, said on his Instagram Story in late August. “I think it’s kind of a cool thing to introduce the whole generation of young people to different musical ideas. … That’s just my opinion.”