Considering she nearly gave up acting before landing her role as anxious teen Kayla in the film Eighth Grade, Elsie Fisher can hardly believe she has been nominated for a Golden Globe.

“It’s, like, not real, actually. It’s a joke that people are playing on me,” the Best Actress nominee told Us Weekly at CNN Heroes: An All-Star Tribute in New York City on Sunday, December 9. “It’s incredible.”

Fisher, 15, also isn’t unaware of the Oscar buzz surrounding her performance. “I mean, I think it’s any actor’s dream,” she said. “I don’t know how realistic it is … But that would be incredible.” 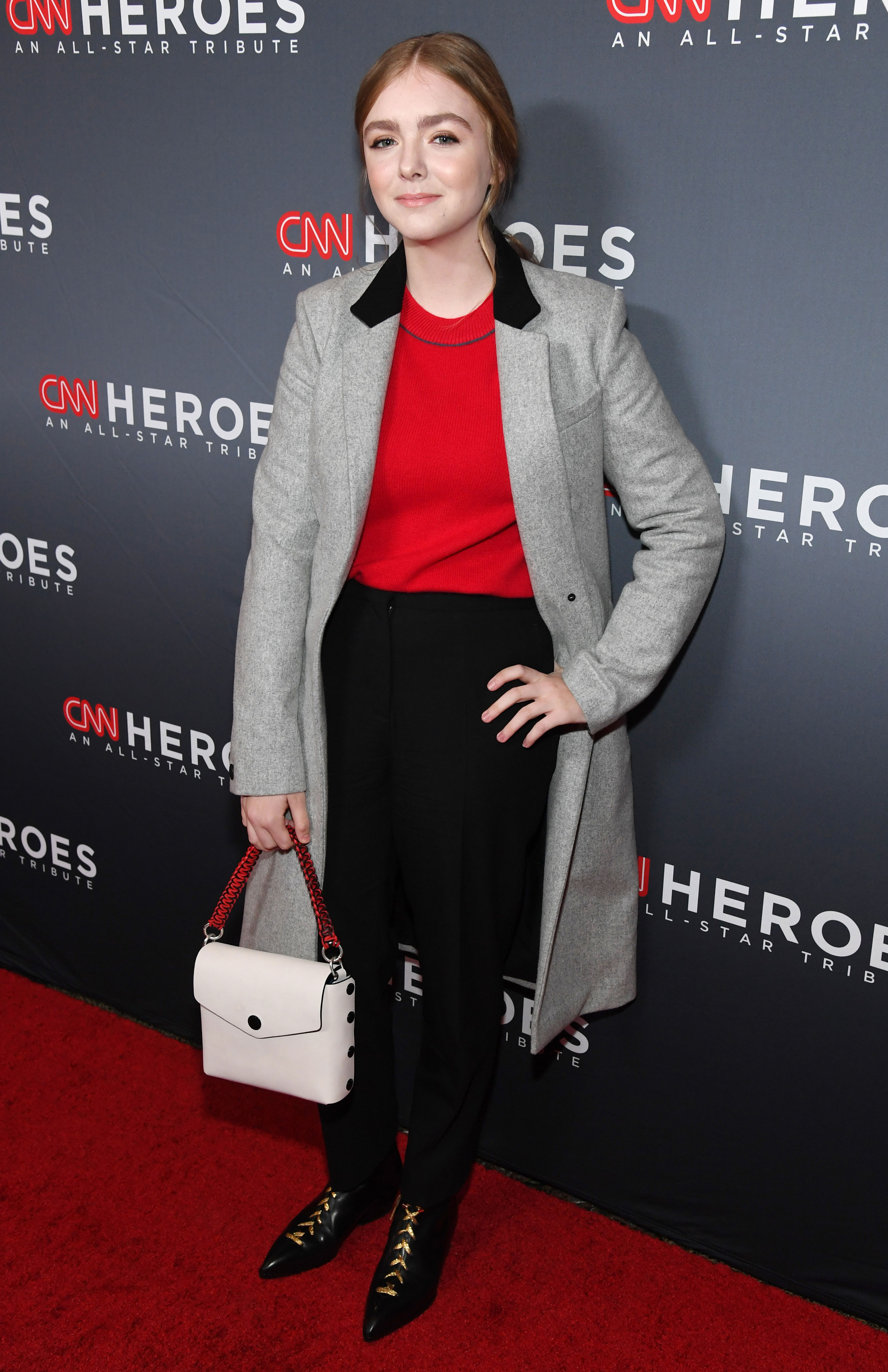 Surprisingly, the Despicable Me alum, who’s been acting since the age of 5, considered quitting acting before she landed the part in Eighth Grade. “I really was,” she told Us. “I was at a point where I was not really enjoying it. It felt like a hobby to me. So the Golden Globe [nomination] was like, ‘What the F?’ It’s incredible.”

Now that she has award show momentum, though, Fisher is getting red-carpet ready. For the Golden Globes, she’s thinking of donning a suit. “I’ve been wearing suits to most of my events,” she explained. “I think I’m going to stick on that train.”

The California native has her eyes set on a particular fashion brand, one that happens to share its name with Kayla’s favorite catchphrase: “Gucci!”

“I know it’s not going to happen but fingers crossed,” she said. “I love Gucci.”

No matter what happens, Fisher has had a landmark year and has been excited to share the excitement with those close to her. “I’m surrounded by a great group of people,” she told Us. “I think I’ve had a really great 2018. Just every moment … has been incredible.”

With reporting by Nicki Gostin