The “CBS Mornings” co-host, 67, interviewed Tyler Perry at a Tribeca Film Festival event Monday wearing one two-toned stiletto and one pastel floral clog along with a gray ankle brace.

The “Madea” creator, 52, noted the unusual footwear choice, telling King, “I’m loving the shoes, Gayle,” prompting her to divulge, “I have this thing called Achilles tendinitis, so it’s all good,” People reported.

King went on to explain, “Tyler goes, ‘Why don’t you just put on both clogs?’ I go, ‘Because it’s fashion, Tyler. I don’t want people thinking I’m wearing these clogs just because. There’s a reason.’”

Last month, King was photographed at the Hollywood Reporter’s annual Most Powerful People in Media event wearing the same clog with a different shoe. 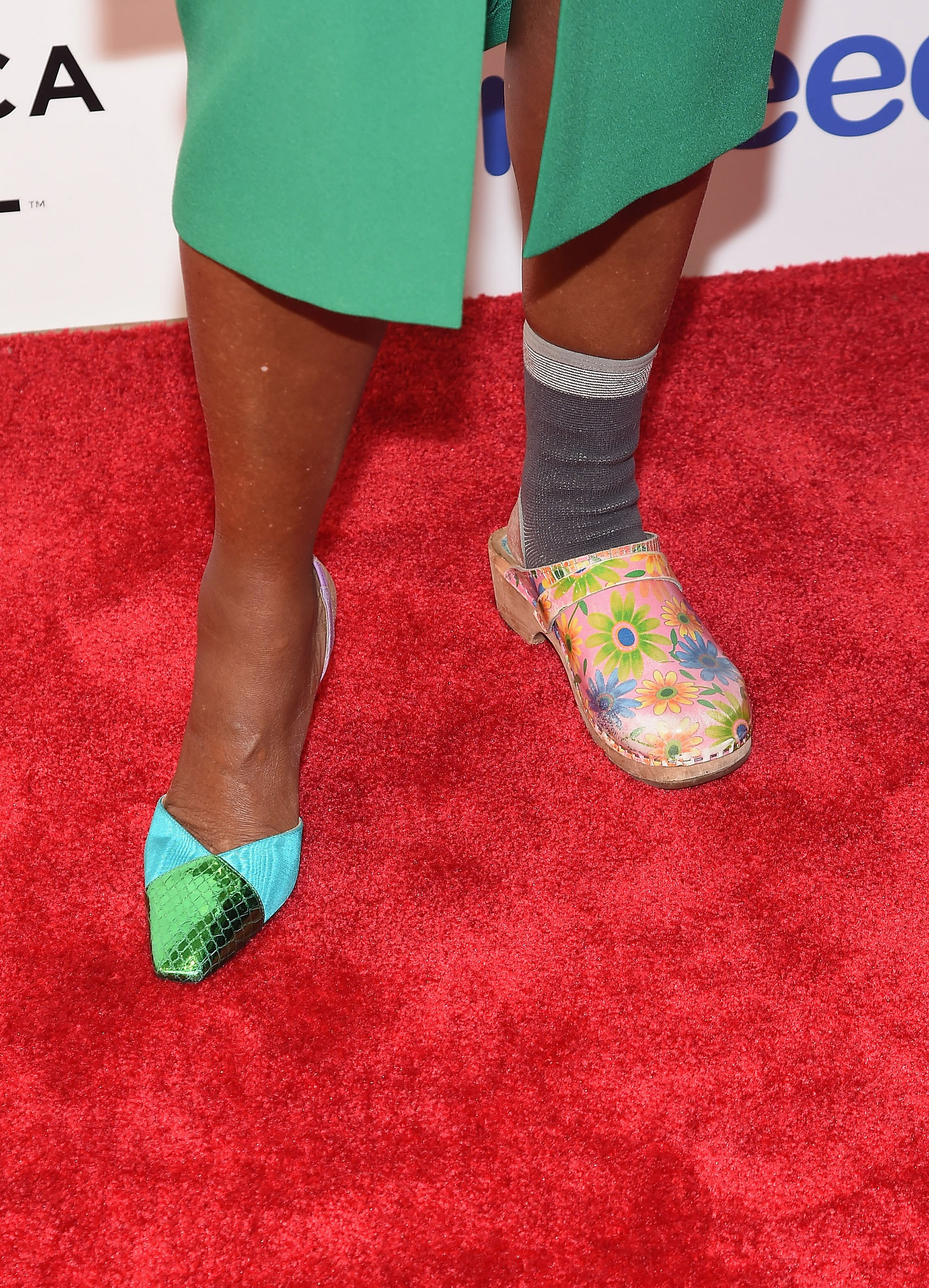 “I went to bed on Saturday, and I woke up Sunday to go pee, and I don’t know what it is, but the minute I touched the floor, I crumbled. I think it’s my Achilles,” she told Page Six exclusively at the time.

The longtime newscaster, who had been loath to go to a doctor, finally broke down and got an X-ray and an MRI. 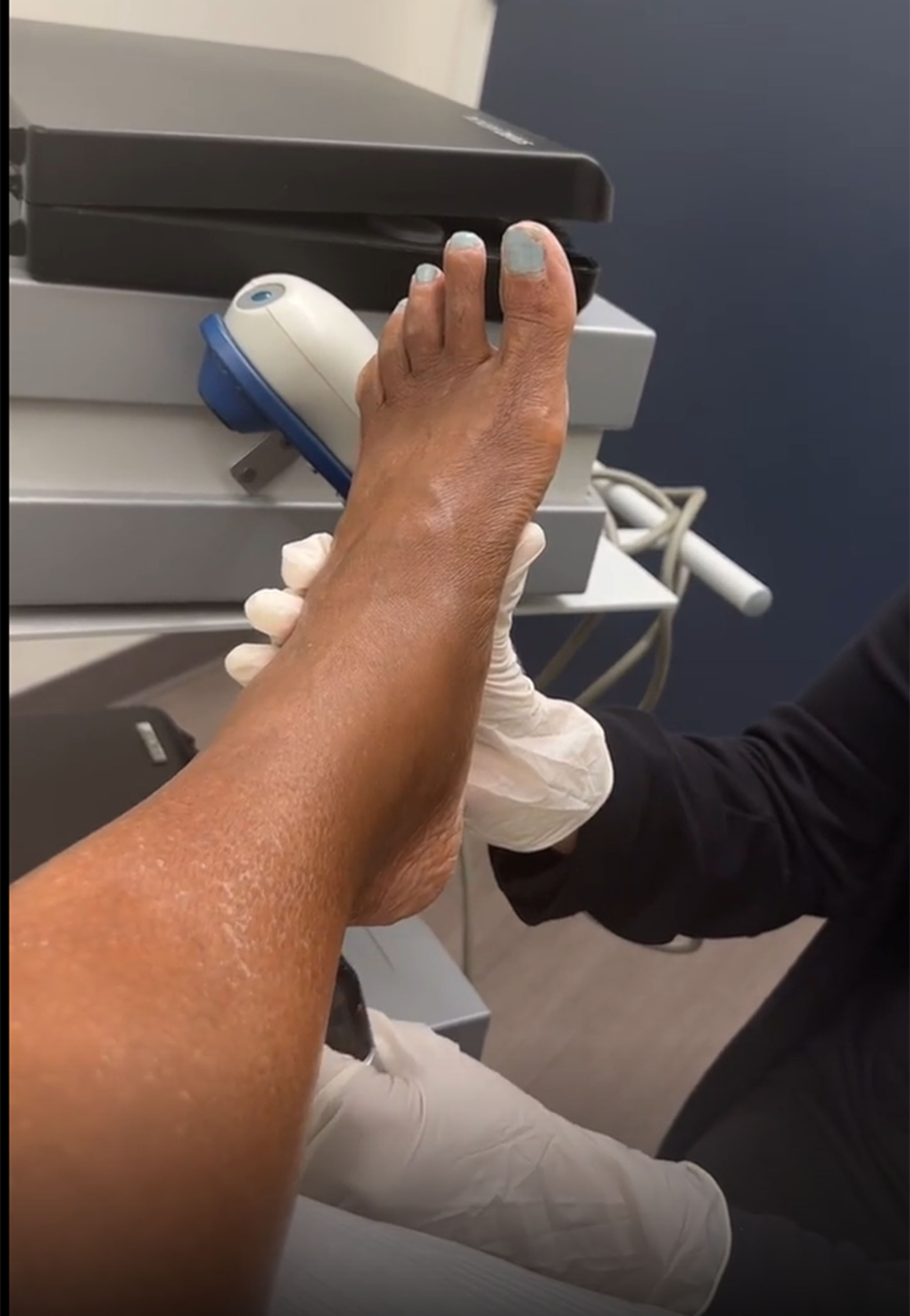 “Diagnosis just in, I am here with Dr. Nadia Levy. What’s the diagnosis?” she said in an Instagram video from the examination room.

“Achilles tendinitis. And she’s going to have to be in a boot just to calm it down and on some anti-inflammatories,” Levy explained before adding that it was the result of an “over-tweaked tight tendon.” 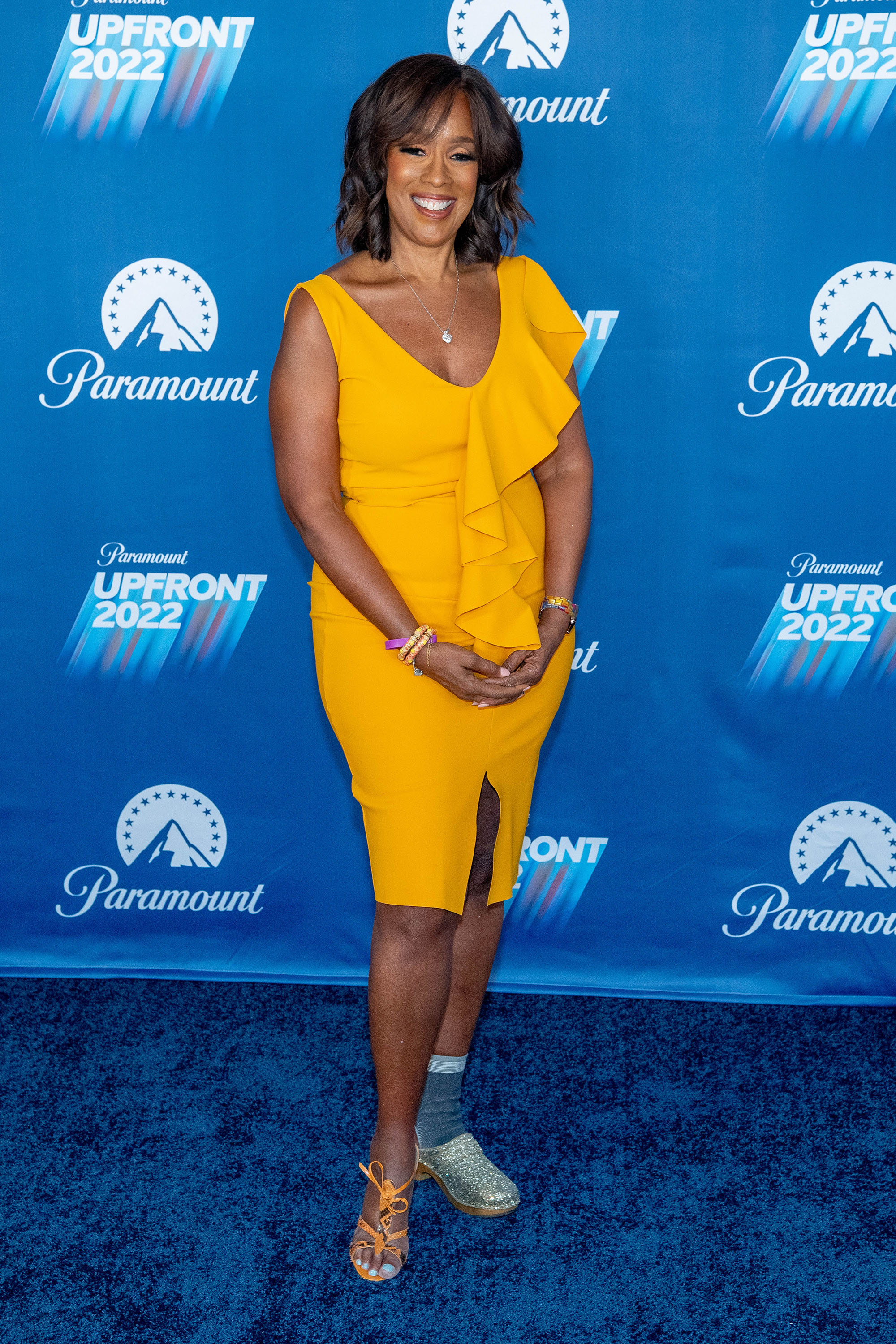 Oprah’s longtime BFF also dealt with another health matter recently, telling the crowd at the Directors Series Q&A that she had tested positive for COVID-19 last week but is now negative.