A bride has slammed her mother as inconsiderate after she apparently ‘ruined’ her dress reveal on the morning of her wedding.

The bride said she had waited six months to show her dress off to her closest friends, only to have her mum push through the door in front of her ‘ruining’ the moment.

The British bride, who got married on June 25, 2022, posted a short clip on TikTok last week describing her ‘anger’. 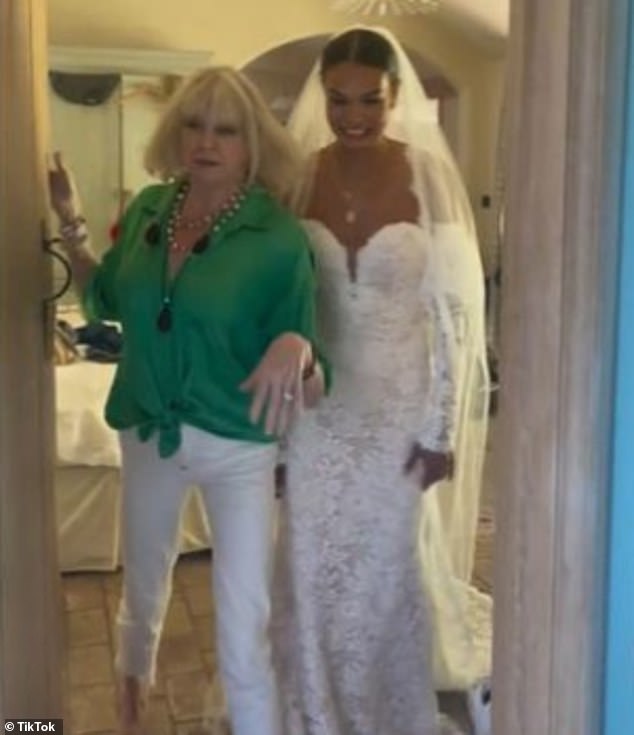 ‘Still not over this,’ she captioned the video which has been seen over 18.5 million times.

‘When you have been waiting six months to do a wedding dress reveal and your mother ruins it.’

People were sympathetic, criticising the older woman for getting in the way and ‘making the moment about her’.

‘All I could see at FIRST is how stunning you and the dress are… hopefully it was an innocent mistake, I would be so upset,’ one woman said.

‘I learned after my quinceañera, don’t give my mom too much liberty because she’ll make it about her. Always. You look beautiful,’ said another.

‘Exclude all mothers and mother in laws from any behind the scenes moments. They ruin it more than the kids do. And they’re the adults,’ a third suggested.

Others took the opportunity to complain about their own mothers and mother-in-laws’ behaviour on their big day.

‘My mother-in-law was late to our wedding which we didn’t realise until the bridesmaids started walking down the aisle and they had to back out,’ one woman said.

‘Same thing happened to me. My mum told my makeup artist and hairdresser to not work on me but instead on her,’ another fumed. 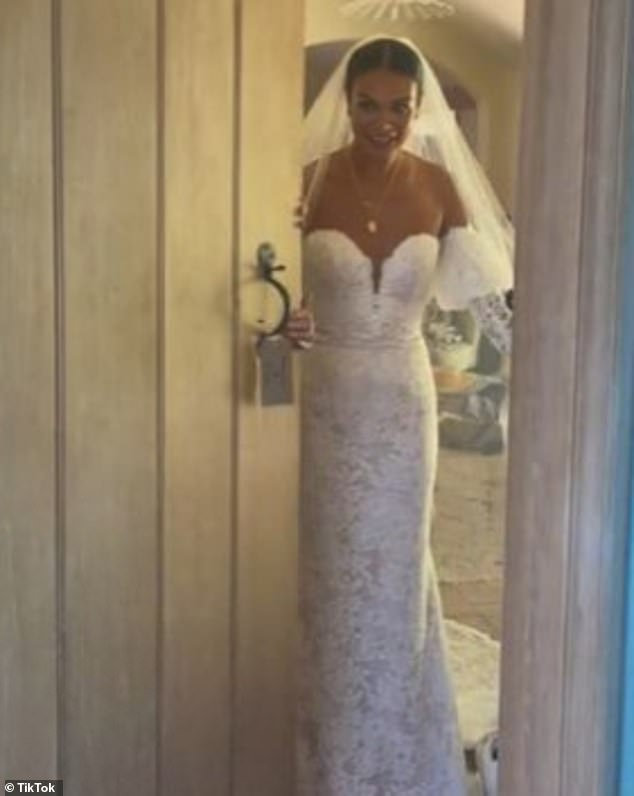 ‘My mum got upset at the photographer for taking more pictures of her than of me,’ said a third.

Some defended the bride-to-be’s mum, saying she was probably ‘trying to get out of the way’.

‘She looks like she was trying to get out and line up to look with everyone else,’ one woman said.

‘Poor mum didn’t do it on purpose,’ said another.

‘Aww she looks like she was rushing to remove herself from your spot. Unfortunately it’s one of those “good intentions don’t count’ moments”,’ said another.

One woman demanded the bride show the whole video – but it backfired as it shows the mum ‘didn’t ruin anything’.

In the full length video the bridesmaids are standing in another room, and the bride has to walk down a short corridor to be seen.

‘Why are you letting your mum catch these bullets in the previous video comments?! She didn’t ruin it,’ one woman said.

The bride said the first video was meant as a joke and the hate her mum is ‘getting online’ doesn’t impact her.

In the full length video the bridesmaids cry as they see their friend for the first time.

The bride also admits her mother paid for most of the wedding, and she was thrilled she could spend the day with her.

The gown is by Pronovias, similar dresses from the designer retail for between $4,000 and $5,000.