On the 18th of June of this year, my life changed. We all have days like that in our lives. Most of them are only recognisable in retrospect, but I knew immediately at around 5pm on 18 June that my life had changed.

I was standing at a tram stop in Melbourne waiting to head home when my father In Newcastle rang my mobile. That, in itself, was unusual so I answered it with some trepidation. He was already crying. “What is it?” I yelled. “Tell me!” 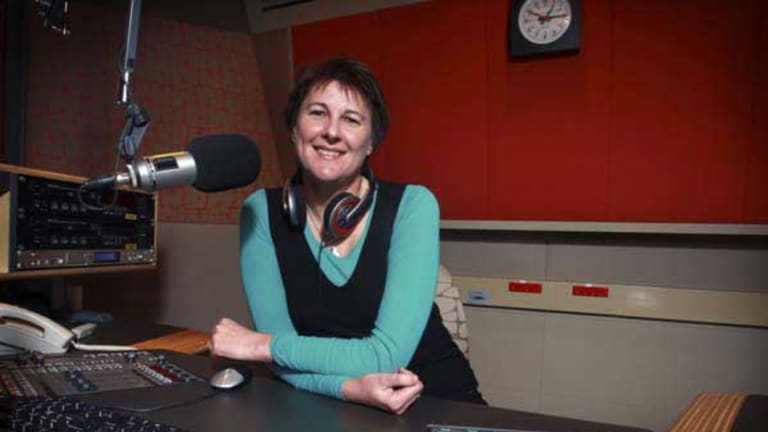 Broadcaster Lindy Burns had one of those life-changing moments most of us recognise, but mainly in retrospect.Credit:Rebecca Hallas

I cut the call and just walked around the tram stop in a daze; oblivious to the fact that I was crying – howling, really – in front of peak hour tram users in Melbourne. I called two work related people to let them know that my life had changed but as yet, I didn’t know what that really meant. I would get back to them.

I knew what this would mean to Dad. He and Mum were ridiculously close – had been for nearly 62 years. I knew that although the rest of us had been quietly grieving her slow demise for the past couple of years, he, the main carer, had been in a sort of denial.

Now she was gone and, I later learnt, he had been there desperately trying to revive her at the end, his adjustment was going to be the biggest one of them all.

My brother is divorced with no children and Dad and I are really all the family he has. I have a role to play here. A bloody important one.

After about half and hour I felt able to call him back. He then had further news. My brother, Andrew, had been having a colonscopy that very afternoon. Dad had been on his way to pick him up from it when Mum had collapsed. The news from the test wasn’t good. Bowel cancer. Probably stage three.

So began a period of grief, reflection, anger and large doses of interstate travel. In a short space of time we buried my mother and started the arduous cancer treatment required for my brother.

My aunt (Mum’s only sibling) came out from Canada and my cousin came from New Zealand. We shared memories and mementos but then they had to go home. We also had to go home to Melbourne.

Home to jobs and pets but it was growing harder and harder to leave Newcastle each time.
A couple of months later I am on the plane from Newcastle to Melbourne and I realise that I am going to have to go back. More and more often. That I have no idea what my brother’s real prognosis is and that if he dies in the next year or three, I’ll never forgive myself for not being there to help him and Dad. That asking my 83 year old father to grieve for his wife and care for his son is simply cruel.

There’s no way that I can do that and hold down a four night-a-week presenting gig on the most listened to ABC radio station in the country.

My brother is divorced with no children and Dad and I are really all the family he has. I have a role to play here. A bloody important one.

I am due back on air at ABC Melbourne in a matter of weeks but I realise deep in my gut that I can’t go back. That I need to be available to go to Newcastle at almost a moment’s notice. That I need to be able to give my Dad some respite every couple of weeks. There’s no way that I can do that and hold down a four night-a-week presenting gig on the most listened to ABC radio station in the country.

I talk with my husband and he agrees. I talk with my bosses and they understand. Another boss gets in touch and says actually there’s an opportunity for you to continue working with the ABC training team for a few months. You could do that from any city in the country. Would that help? I say yes. Yes it would. Thank you.

My husband and I talk further and he says why don’t we both just move back? Why don’t we give it a go? Go back to Newcastle and help out. I hug him and cry a little. I say thank you, let’s do that.

I announce to my colleagues, my friends and my listeners that we are leaving. I tell Dad that we are both moving back in January. He is for once a little lost for words. “Well there are two gentlemen up here that are very glad to hear that,” he eventually says.

We tell schools and café owners and neighbours and the whole thing becomes all too real. We are both leaving very solid, very rewarding jobs to go back to my home town to help care for my family.

We have moments of hesitation but mostly stay true to the original decision. We book removalists and pet carriers and tell estate agents and utilities providers. I get four beautiful, magical days of farewell on air shows.

I drink too much champagne at other farewells and cry and hug my friends and colleagues.

Deep down though, I am ready.

Some people have questioned our decision. They are right to do so. From the outside, it seems mad. But I know it is right. I know it is going to be hard but good. And I know Mum would have expected nothing less from me. And after all, in the end, I am still her daughter