Classmate of King Charles recalls his despised days at Gordonstoun, saying monarch was ‘badly beaten’ by bullies and ‘very isolated’ as a teenager at the Scottish boarding school

A classmate of King Charles has recalled the new monarch being ‘thumped and beat up’ by bullies while at boarding school.

Johnny Stonborough, who attended Gordonstoun School in Elgin, Scotland with His Majesty revealed Charles was ‘badly bullied’ while studying at the famously tough school.

Speaking to Susana Reid and Ben Shephard on Good Morning Britain on Monday, he said: ‘It was quite harsh. He was badly bullied and very isolated. 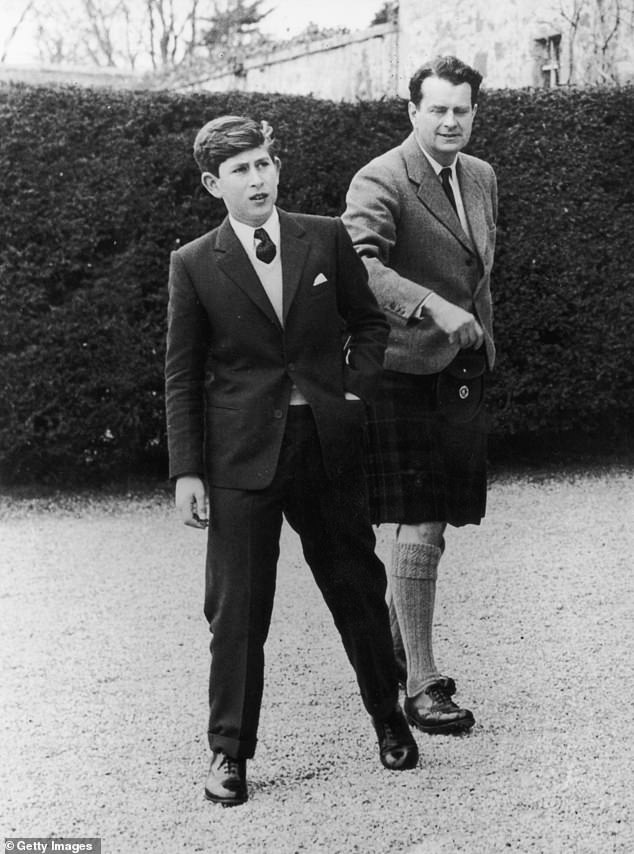 A teenage Prince Charles pictured arriving at Gordonstoun School in Scotland for his first term in 1962; he has frequently spoken about his unhappiness during his time at the boarding school 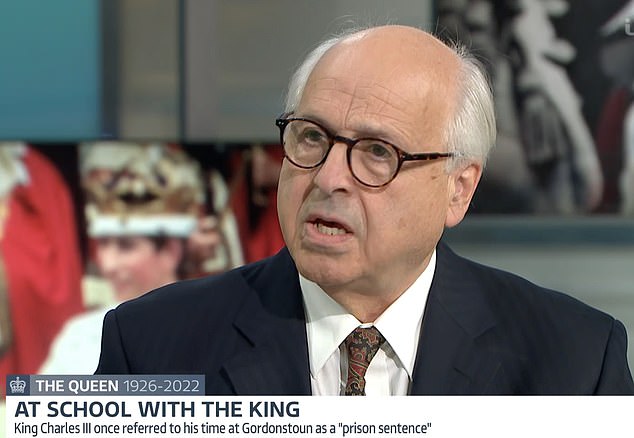 Johnny Stonborough, who attended Gordonstoun with King Charles recalled the monarch being ‘thumped and beat up’ by bullies at school on Good Morning Britain on Monday

‘We felt pretty sorry for him even at the time, but the problem was that even trying to be friends with him meant that you then got bullied for being one of the King’s friends. It was a pretty harsh environment.’

He added: ‘I wasn’t in the same house as him, but I was in the same class as him for some years.

‘On the rugby pitch you would see it; there were a couple of people who said they would ‘do Prince Charles’ and they would beat him up in the scrum, pull his ears and thump him.’

‘He wasn’t the only boy who was being bullied but he was particularly badly bullied for awhile.’ 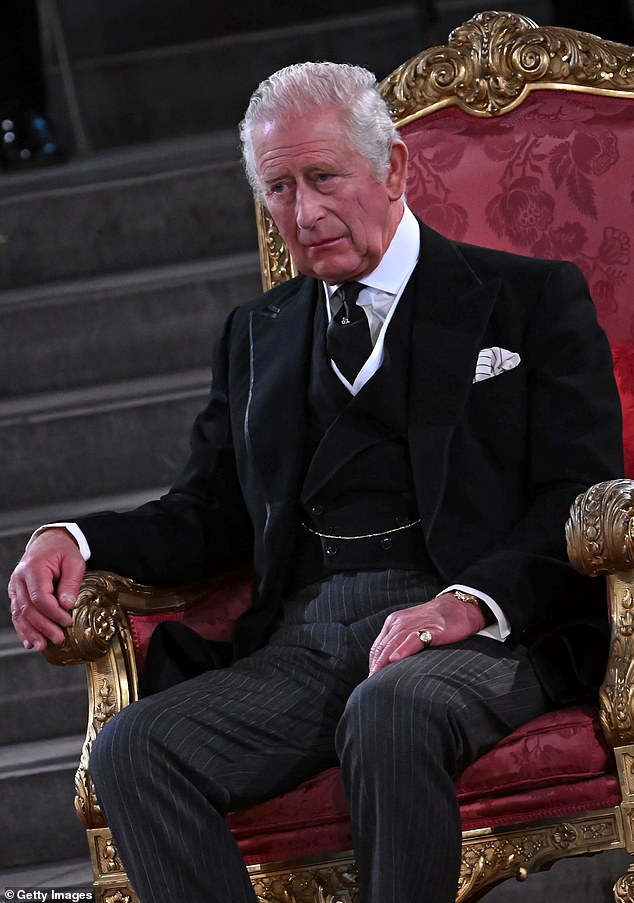 Johnny went on to say that Charles was also quite ‘bright’ at school and he had ‘a sense of humour.’

Charles was plunged into the then famously tough culture of Gordonstoun in the summer term of 1962, having come from his prep school, Cheam, in Hampshire.

He once referred to his time at Gordonstoun as a ‘prison sentence’ as he found himself cold-shouldered by fellow pupils in his house, Windmill Lodge, because the housemaster had warned any antagonistic behaviour towards the heir to the throne would result in immediate expulsion.

As a result, recalled a fellow housemate, he was picked upon at once, ‘maliciously, cruelly, and without respite’. 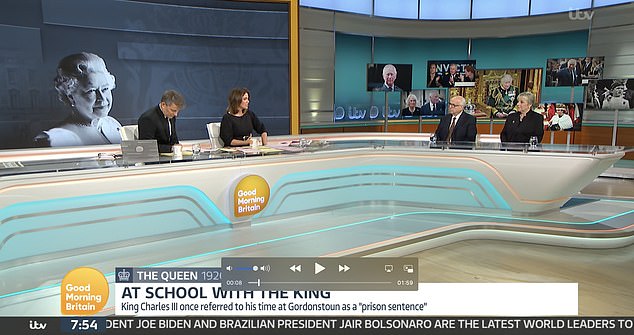 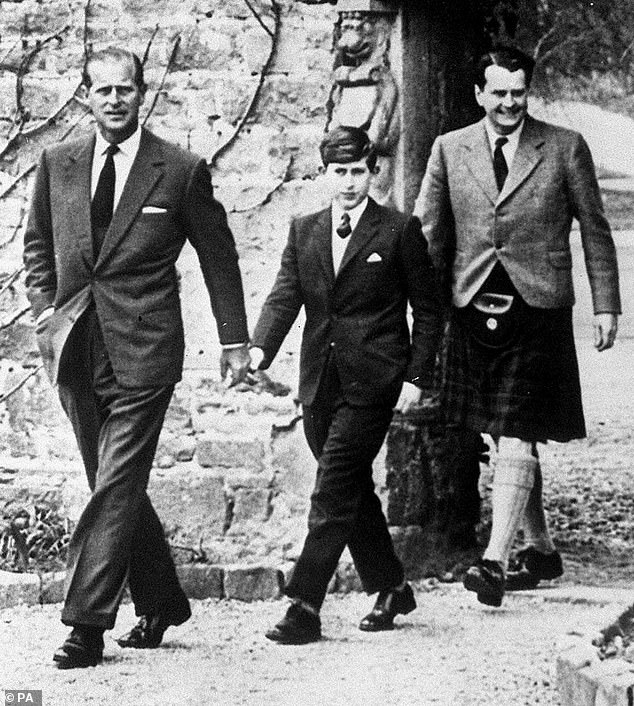 Prince of Wales with his father the Duke of Edinburgh (left) and the late captain Iain Tennant, former chairman of the Gordonstoun board of governors, as they arrived at Gordonstoun for the prince’s first day at the public school in Glasgow, Scotland

‘A prison sentence,’ was how Charles later described it, as well as ‘Colditz with kilts.’

While William Boyd, the best-selling novelist and screenwriter and a Gordonstoun contemporary of Charles, called it ‘Like penal servitude’, adding: ‘I happen to know, from his own lips, that Prince Charles utterly detested it.’

Charles was writing home to the Queen: ‘I hardly get any sleep in the House because I snore and I get hit on the head all the time. It’s absolute hell.’

And after two years at the school, Charles was as much under pressure as the day he joined. ‘The people in my dormitory are foul,’ he wrote home. ‘They throw slippers all night long or hit me with pillows… Last night was hell, literal hell. I wish I could come home.’

Another insider said: ‘Charles was mocked relentlessly about his ears, which were larger than average and somewhat protruding. He had no defences available to him, save a stubborn refusal to complain either to the perpetrators or to his housemaster.’ 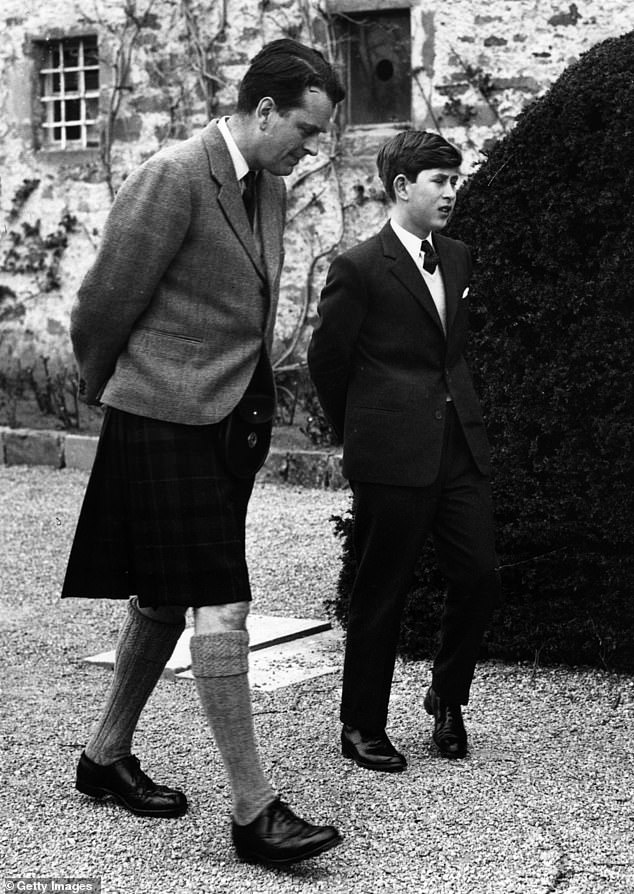 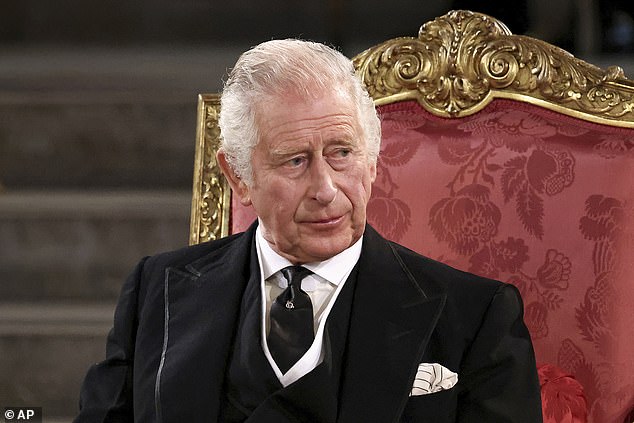 Charles previously said in an interview that he didn’t enjoy school but that was only because he’s ‘happier at home than anywhere else.’

The Duke of Edinburgh had had a happy time at the school in the Thirties, and he wrote his son bracing letters of admonition urging him to be strong and resourceful.

‘He was bullied,’ recalled Ross Benson, the late Daily Mail correspondent who was also a contemporary. ‘He was crushingly lonely for most of his time there. The wonder is that he survived with his sanity intact.’

Charles previously said in an interview: ‘I didn’t enjoy school as much as I might have, but that was only because I’m happier at home than anywhere else.

‘But Gordonstoun developed my willpower and self control, helped me to discipline myself. We went in for ‘adventure’. We ran our own fire brigade, we had our own sea rescue service, mountain rescue, surf life-saving, coastguard, etc.’

When he had his own children, Charles chose not to force them to suffer in the same way and sent them to Eton instead.