As Stylist’s digital writer, Lauren Geall writes on topics including mental health, wellbeing and women’s issues. She’s also a big fan of houseplants and likes to dabble in film and TV from time-to-time. You can find her on Twitter at @laurenjanegeall.

On the fifth anniversary of the Grenfell Tower fire, Stylist looks back at the response to the horrific events that took place on 14 June 2017.

On 14 June 2017, the country woke up to scenes of an unimaginable tragedy: Grenfell Tower – a 24-storey residential block located in west London – was on fire.

Within hours of the first 999 call, the 24-storey residential block was consumed by flames, with the fire spreading quickly across the building by virtue of its external cladding. 71 people had died by the time the fire was extinguished – many of whom had been told to ‘stay put’ in their flats by emergency services.

Since then, there have been a series of high-profile reports, statements and commitments made in connection with the tragedy – including a central inquiry which is ongoing to this day.

But despite this, it often feels as if little has changed; a report published in January this year revealed that 40% of buildings in England with the same type of cladding as Grenfell Tower have still not been made safe, and no charges have been brought as part of the Metropolitan police investigation.

So, what has actually happened since the morning of 14 June 2017? Keep reading for an overview of what’s been going on over the last five years.

Theresa May, the prime minister at the time, pays a visit to the tower and announces a public inquiry that will examine “the circumstances leading up to and surrounding the fire”.

Theresa May visits the site for a second time and meets some of the survivors at a church in Kensington, before announcing a £5 million fund to ensure that those affected get immediate support.

The then chancellor Philip Hammond reveals the cladding used on Grenfell Tower was banned in the UK.

The retired Court of Appeal judge Sir Martin Moore-Bick is appointed chair of the inquiry by the prime minister. In an interview, he says he is “doubtful” that the inquiry will deliver the wide-ranging investigation residents of the local area are hoping for.

Theresa May visiting the site of the Grenfell tower.

The government announces an independent review into building regulations and fire safety to be led by Dame Judith Hackitt.

Guidance published about the review says it aims to “make recommendations that will ensure we have a sufficiently robust regulatory system for the future and to provide further assurance to residents that the complete system is working to ensure the buildings they live in are safe and remain so,” with a focus on multi-occupancy high-rise buildings.

Theresa May sets the Terms of Reference for the inquiry following a public consultation led by the chairman. This defines the scope of the investigation, which includes key areas such as the cause of the fire, how it spread across the building and the “scope and adequacy” of factors including building and fire regulations.

It also reveals that the inquiry will look into the fire brigade’s response to the fire, as well as the response of central and local government in the days following the tragedy.

Scotland Yard announces that the criminal investigation into the fire may consider individual manslaughter charges as well as corporate manslaughter.

Maria del Pilar Burton – who was rescued from her flat on the 19th floor of Grenfell Tower alongside her husband – dies after spending seven months in hospital. She comes to be considered the fire’s 72nd victim.

Activists for the campaign group Justice4Grenfell parade a set of three billboards around London emblazoned with the words, “71 dead. And still no arrests? How come?” in protest at what they say has been a “lack of progress” in the investigation. 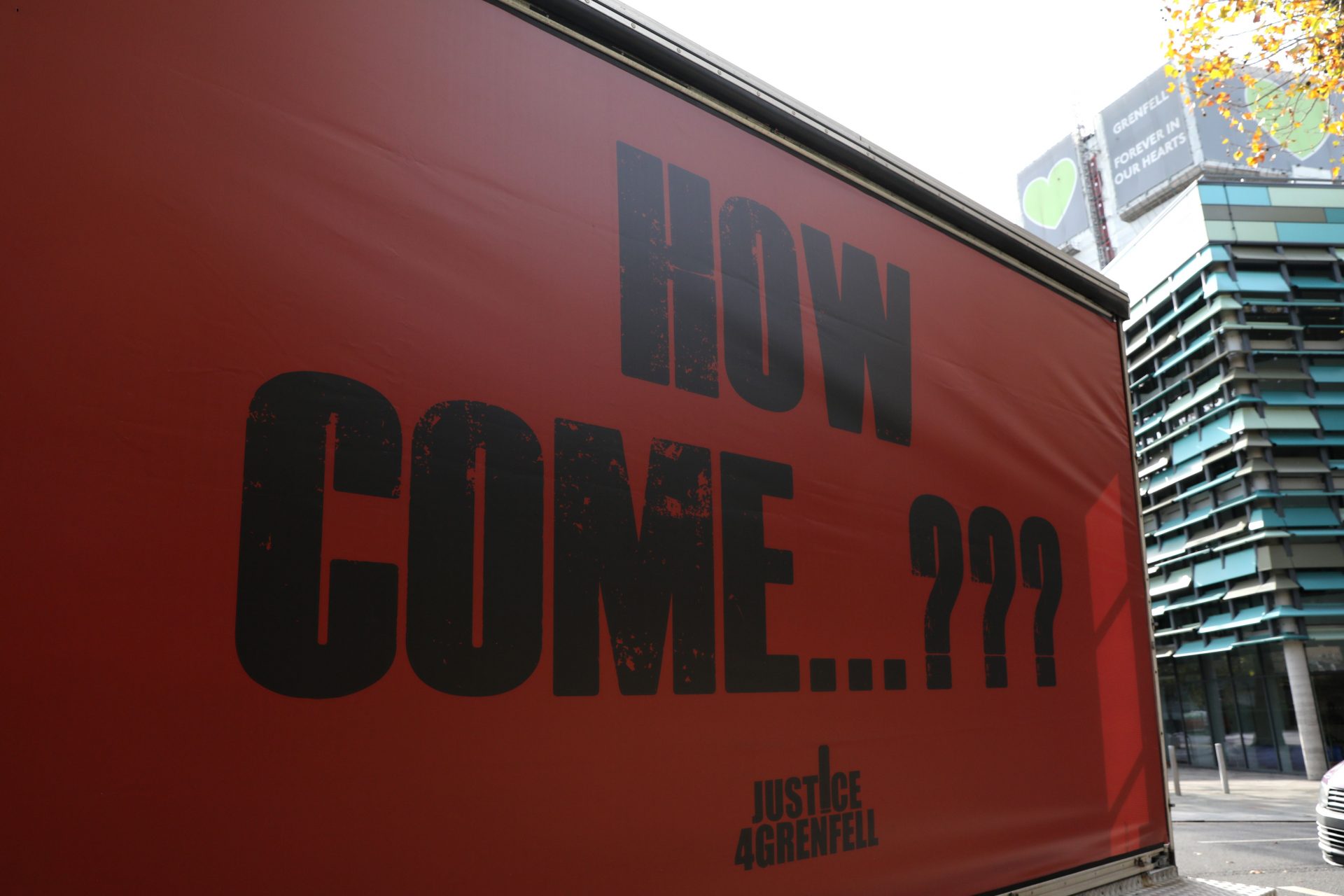 A close-up of the Justice4Grenfell billboards.

The final version of the Hackitt report is published following the building regulations and fire safety review. It recommends a number of changes including a new regulatory framework for “high risk residential buildings” over 30 metres, as well as clearer rights and obligations for residents to maintain fire safety working in partnership with building owners.

The public inquiry begins with seven days of commemoration hearings into the people who died in the fire. Proceedings start with a tribute to the fire’s youngest victim, stillborn Logan Gomes.

Hearings for expert witnesses related to phase 1 of the inquiry – which refers to the events on the night of the fire – begin. A series of documents are also published, including a witness statement from the resident of the flat in which the fire started, and the London Fire Brigade’s incident logs.

It is announced that the Metropolitan police will investigate the London Fire Brigade for using the ‘stay put’ policy on the night of the fire.

The Metropolitan police reveal that no charges are likely to be brought in the criminal investigation into the fire for at least the next two years, saying it would be “wrong” not to wait for the inquiry’s final report before doing so.

The inquiry’s phase 1 report is published. Its findings are numerous and damning – not only does it reveal that the fire spread because of the cladding on the outside of the building, but that the ‘stay put’ advice should have been lifted and that there was no contingency plan in place for evacuation from the tower. A number of recommendations are made.

The government publishes its response to the phase 1 report. The report reviews the progress made on the phase 1 recommendations and sums up the current situation with cladded buildings.

“Since the Grenfell Tower fire, MHCLG and the Home Office have identified over 400 high-rise buildings with unsafe ACM cladding, and we have worked with Local Authorities and fire and rescue authorities to ensure that appropriate interim safety measures are in place,” the report revealed. 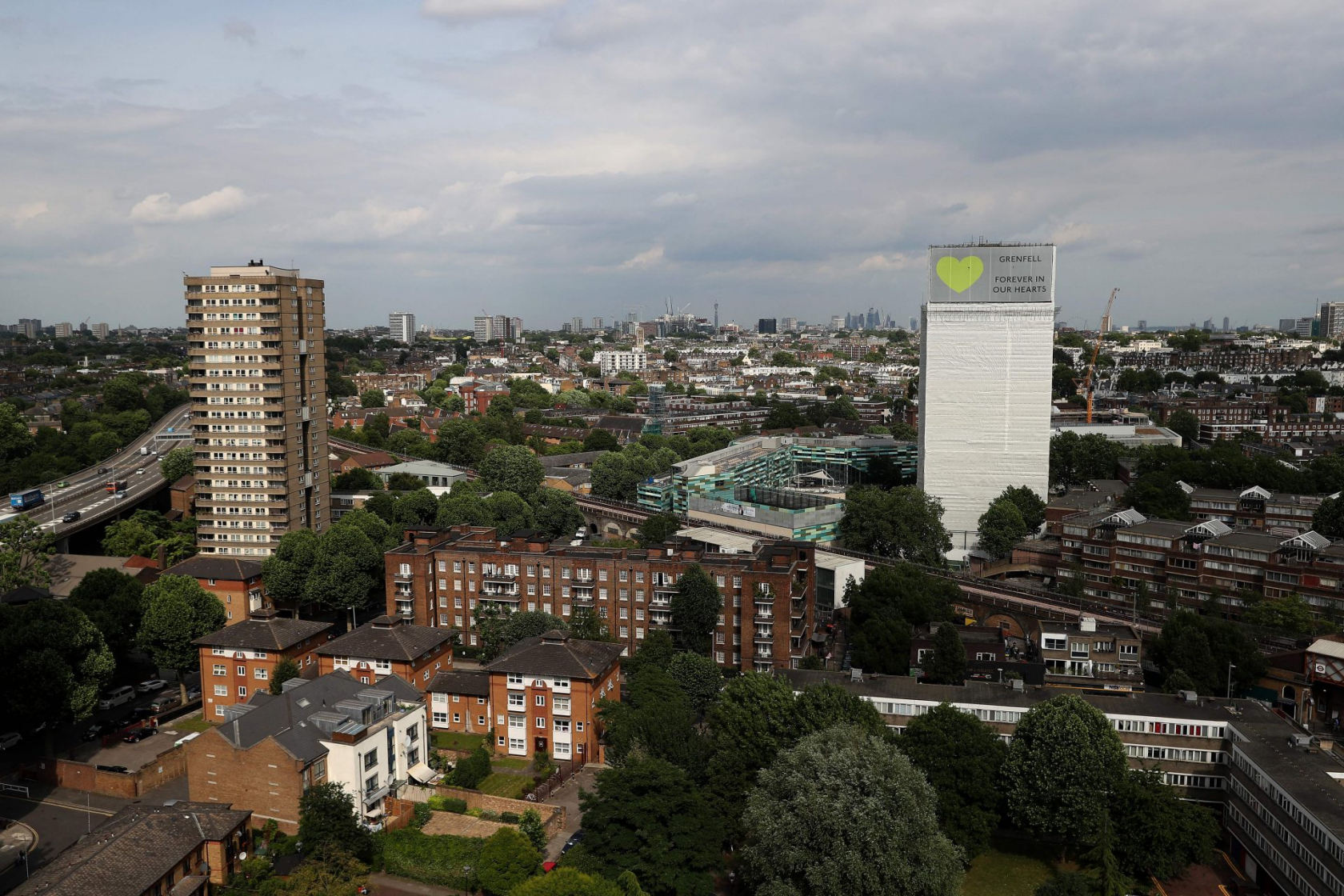 The inquiry into the fire is still ongoing.

Phase 2 of the inquiry begins. It will review matters beyond the night of the fire, such as how the building came to be covered in flammable cladding and the management of Grenfell Tower, including how the residents’ complaints were handled.

The inquiry is delayed due to demands from companies that the evidence presented during a hearing should not be used to jail them. It resumes at the start of March after the government guarantees that some witnesses will be protected from prosecution on the basis of what is said during the inquiry. The decision is met with protests.

As part of the spring budget, chancellor Rishi Sunak announces extra funds to support the removal of combustible cladding on tower blocks across the country.

Work to address and remove unsafe cladding on high-rise residential blocks is paused on “as many as 60% of sites” as a result of the Covid-19 outbreak, according to the then communities secretary Robert Jenrick.

Adele and Stormzy are among the famous faces who pay tribute to the victims of the fire on the third anniversary of the tragedy. In a clip which was played during the Grenfell United’s video memorial, the rapper said he was standing “in solidarity” with the Grenfell community, and criticised the government for its lack of action.

“When the government and powers that be have turned their back on you, we’re here,” he said. “We’re here, we’ve got you, we’re not letting this go.”

Following the third anniversary of the Grenfell Tower fire, the campaign group Justice4Grenfell urges the government to commit to a deadline to remove all flammable cladding after the National Audit Office reveals that work to remove dangerous cladding was still outstanding on over 300 buildings.

Another 1,700 buildings are also thought to have cladding which could potentially be unsafe.

Phase 2 of the inquiry resumes after it was suspended during the first Covid-19 lockdown. A number of key developments are heard over the next couple of months, including that the main contractor for Grenfell’s refurbishment, Rydon, “ignored email concerns that the cladding would be combustible”, and that a lack of thought was given to evacuating disabled residents. 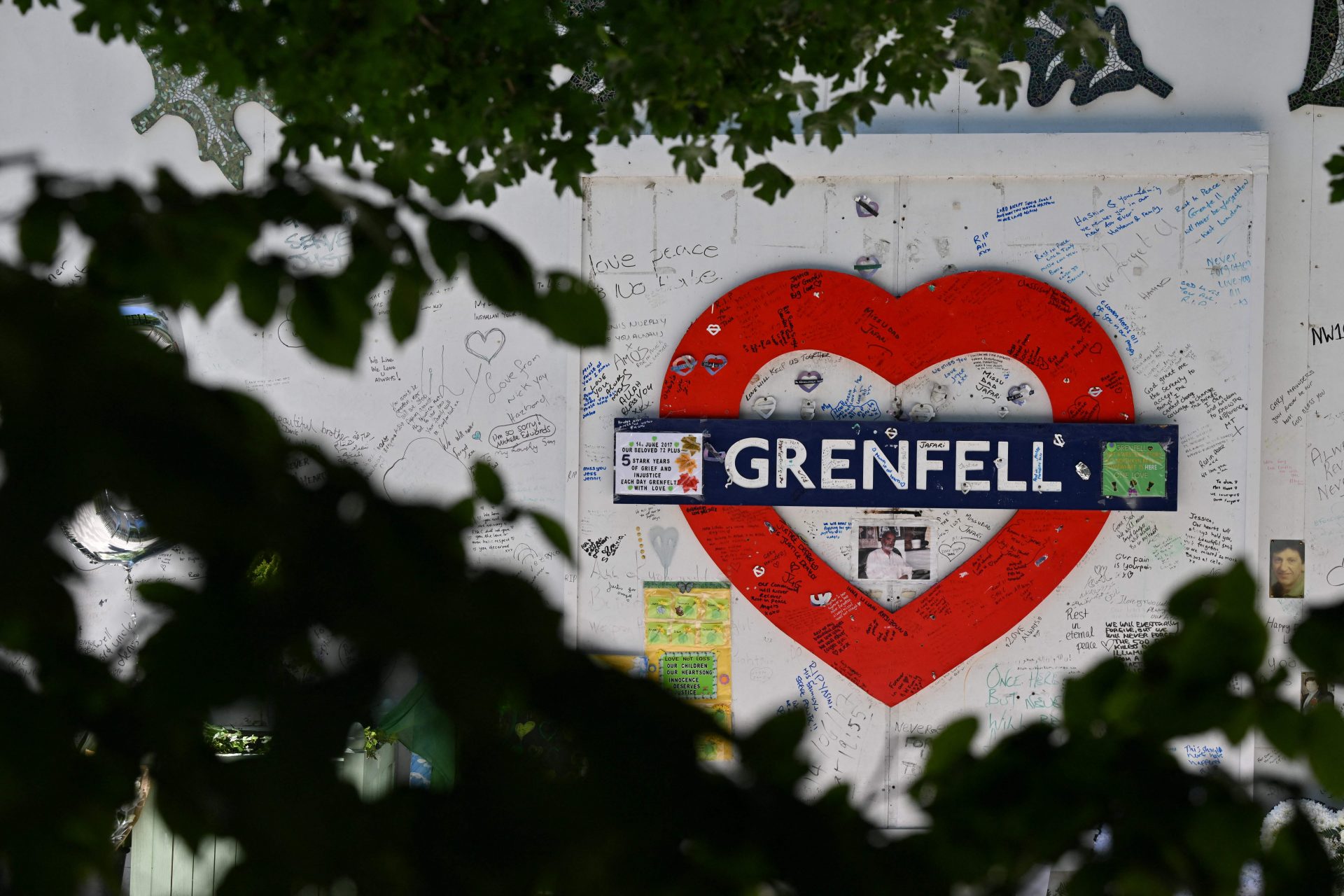 A 2022 memorial to the survivors and victims of Grenfell.

Against the backdrop of the ongoing inquiry, the government is accused of playing “Russian roulette” with people’s lives after it is highlighted that thousands of high-rise homes continue to face fire safety defects.

New government figures reveal that Grenfell-style cladding will not be removed from all at-risk buildings for another three and a half years if the work continues at its current rate.

Government figures analysed by the BBC reveal that 40% of buildings in England with the same type of cladding as Grenfell have still not been made safe.

The second phase of the Grenfell Inquiry continues. In a statement to mark the fifth anniversary of the tragedy, Mayor of London Sadiq Khan said the tragedy was “entirely preventable” and “should never have happened”.