FIVE Guys is launching a new breakfast that includes and epic eggs, bacon and cheese sandwich served in a burger bun.

Early morning diners will be able to choose from four variations of the breakfast sandwich and prices start at £3.95 and range up to a tasty £6.45. 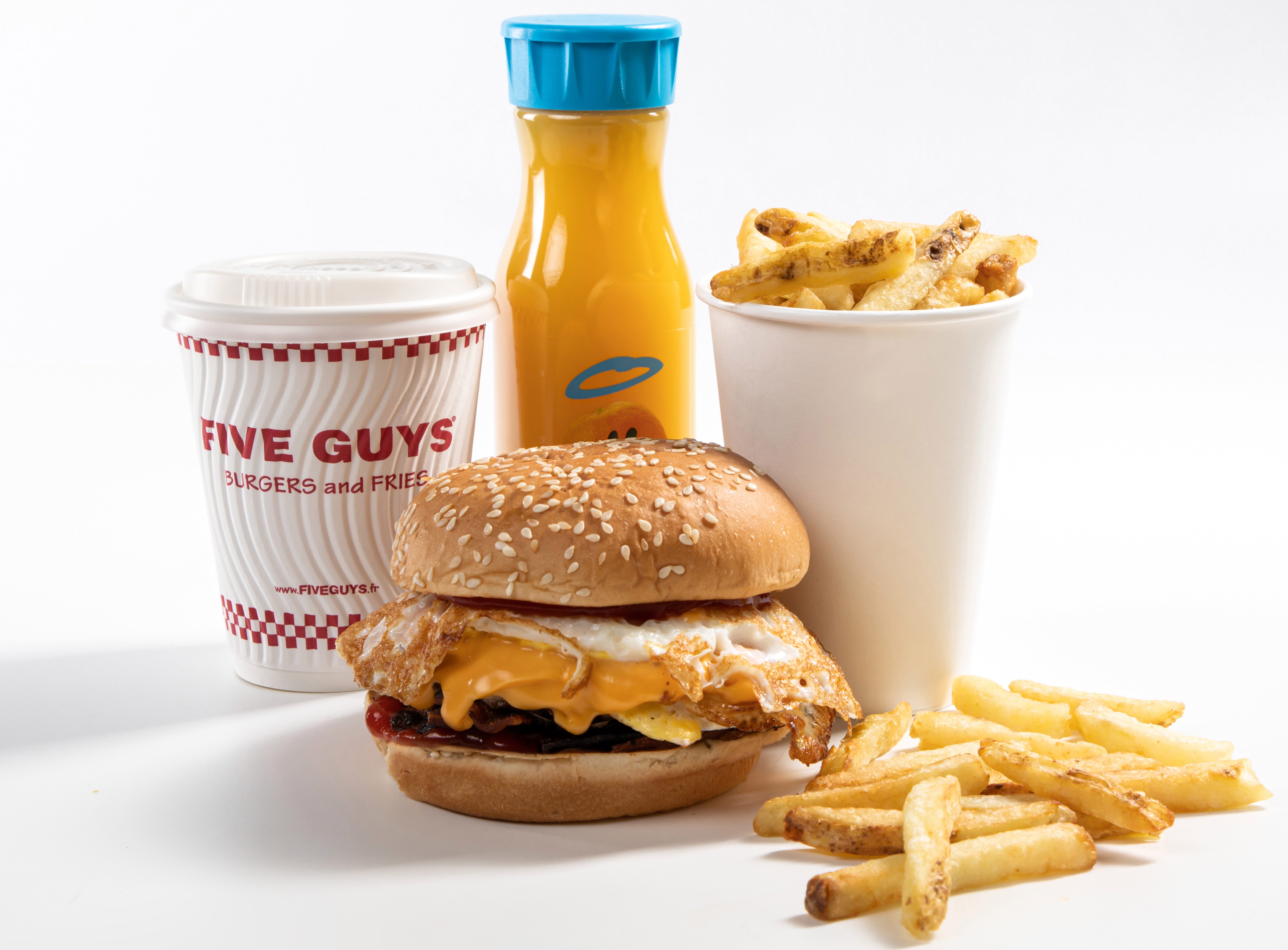 The cheapest item on the menu is the egg sandwich, or for an extra £1 you can add a layer of melted American cheese to your eggs.

The bacon and egg comes with two free range eggs and rashers of crispy, smoked bacon and costs £5.45.

It also costs another £1 to add cheese to the breakfast bun, and you can add a filtered ground coffee for an extra cost. Five Guys is yet to confirm the price.

ONLY four branches will be serving breakfast to early-morning diners. Here's what you can expect:

The prices are steep when you compare it to breakfast options from other fast food chains.

For example, the bacon and egg sandwich from Burger King will set you back £1.99, while McDonald's charges £2.69 for an egg and bacon McMuffin and £2.19 for a bacon, egg and cheese bagel.

The chain's expensive prices also let them down in our cheeseburger test to find the best value for money, even though it came out on top for taste.

It's launching in stores on December 9 – that's Monday next week – but sadly, the new menu will only be coming to just four out of its 100 UK stores.

Only four stores will be serving up the breakfast sarnies – Bristol, Birmingham and two London stores, one in Oxford Circus and the other in St Paul's.

Customers in Bristol also won't be able to order a filtered coffee with their meal.

The breakfast menu will be available to order until 10:30am, after which the normal lunch and dinner menu will resume.

If you're not anywhere near a store that serves breakfast but fancy sinking your teeth into a burger, you can find your nearest store here.

McDonald's delighted fans last month after it announced that it would be extending its breakfast time until 11am.

'Aggressive' shopper who left carer in tears is an ICU nurse

May 26, 2020, Comments Off on 'Aggressive' shopper who left carer in tears is an ICU nurse
We and our partners use cookies on this site to improve our service, perform analytics, personalize advertising, measure advertising performance, and remember website preferences.Ok