A roll in the hay? Farmers fancy themselves as the best lovers for the fourth year in a row, study reveals – with builders and doctors also confident in the bedroom

Farmers fancy themselves as competent lovers, heading the list for the fourth year in a row, with two thirds ranking their performance in the bedroom as ‘stellar’.

The study from sex toy company Lelo UK, also saw doctors in second place, and architects in third, according to The Sun.

Builders came fourth and artists, advertising agents, designers and accountants also considered themselves as top of the sensual ladder, as did plumbers and hairdressers.

However, the picture looked bleaker for sales workers, scientists, mechanics, teachers, electricians, IT staff and engineers, who were not as assured in their abilities to please a lover. 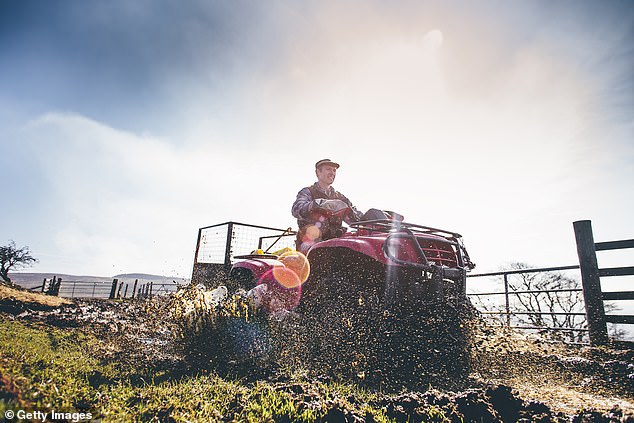 Fun on the farm! Farmers have rated themselves the best lovers for the fourth year in a row in a survey by sex toy company Lelo UK (Stock photo)

And while they are used to laying down the law in the kitchen or the courtroom, chefs and judges weren’t so confident in the bedroom, as were technicians.

The luxury pleasure brand asked 2,000 people to rate their romps, with the labourers coming out on top.

The same survey found that doctors were the second profession to rate themselves highly, while architects were also very confident in their abilities.

It is the fourth year in a row that farmers top the list of most confident lovers, after a previous study by Lelo published in 2018 came up with the same results. 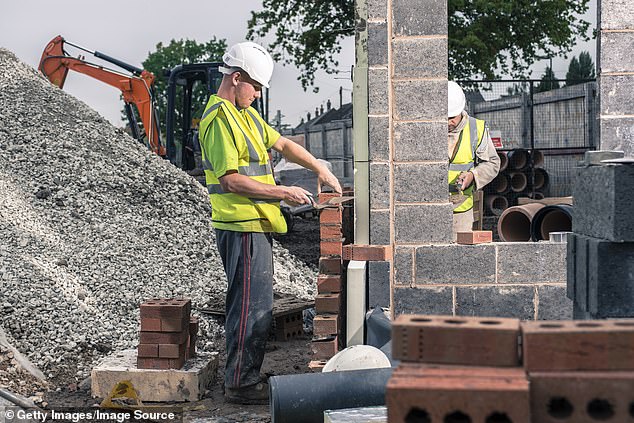 At the time, the survey found that not only did farmers fancy themselves the best lovers, they were also one of the most active professions in the bedroom, with a third of the farming population surveyed revealing they had sex once a day.

It comes as a ‘clueless’ tradesman has been roasted for providing an unsolicited sex tip that thousands believe is ‘completely wrong’.

British tradie Jason claimed he knew how to make women climax in bed – only to be ruthlessly slammed by those who didn’t agree with his advice.

‘When she’s almost there, talk her through it, trust me,’ he said on TikTok.

As expected, most of women in the comments strongly disagreed with the tradie’s unwanted tip.

‘If I was almost there and you start talking, we’re done and I’m finishing myself off without you present,’ one woman wrote.

‘Do not, I repeat, do NOT talk her through it!!! Unless she initiates the talking, you just focus on what you’re doing,’ another pleaded.

A third remarked: ‘Absolutely NOT! Don’t talk, I’m concentrating! Just keep on doing what your doing not faster not slower.’

‘Do not talk us through it…leave us alone with our thoughts just carry on doing what you’re doing,’ another added. 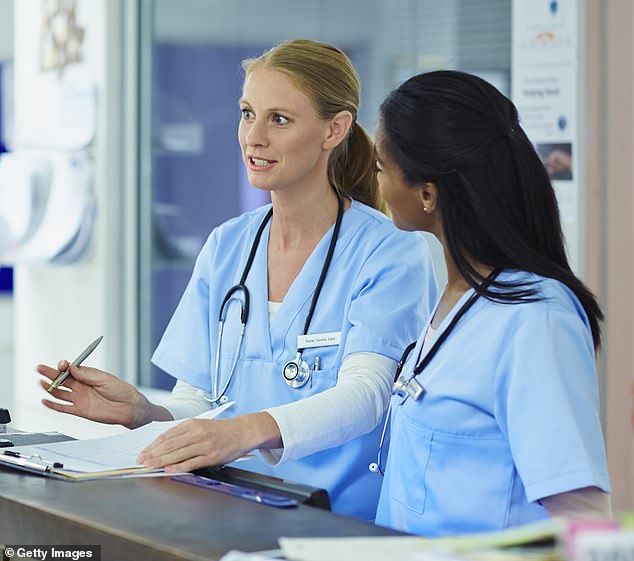 Jason also captioned the video ‘Please guys’ with a praying hands emoji, despite the fact he’s not a medical expert.

Other women urged men not to take his advice because it ‘won’t help at all’.

‘No thanks, that’ll ruin it for me,’ one woman wrote with a laughing emoji.

A handful of other clueless men wanted more details, while a few women supported the advice.

Another woman wanted to know who taught him to do this during sex.

‘What woman lied to you and why do the rest of your lovers have to suffer?!’ she said.

Delayed menopause almost put an end to my healthy sex life in my 60s, but one simple trick solved everything

Have YOU been dumped this Christmas? Tracey Cox reveals her get-over-it-fast guide – and the 9 ways to let someone down gently if you’re the one ending things