Evelyn Berezin, a computer pioneer who emancipated many a frazzled secretary from the shackles of the typewriter nearly a half-century ago by building and marketing the first computerized word processor, died on Saturday in Manhattan. She was 93.

Marc Berezin, a nephew, confirmed her death, at the Mary Manning Walsh Home. He said she had learned that she had lymphoma several months ago but had chosen to forgo treatment.

In an age when computers were in their infancy and few women were involved in their development, Ms. Berezin (pronounced BEAR-a-zen) not only designed the first true word processor; in 1969, she was also a founder and the president of the Redactron Corporation, a tech start-up on Long Island that was the first company exclusively engaged in manufacturing and selling the revolutionary machines.

To secretaries, who constituted 6 percent of the American work force then, Redactron word processors arrived in an office like a trunk of magic tricks, liberating users from the tyranny of having to retype pages marred by bad keystrokes and the monotony of copying pages for wider distribution. The machines were bulky, slow and noisy, but they could edit, delete, and cut and paste text.

Modern word processors, which appear as programs on computers, long ago simplified the tasks of authors, journalists and other writers — sometimes after misgivings over the risk of surrendering to a future of dystopian technology — but became so efficient in offices that they killed off the need for most of the old-fashioned secretarial skills Ms. Berezin was trying to enhance.

“I’m embarrassed to tell you that I never thought of it — it never entered my mind” that the word processor might endanger women’s jobs, Ms. Berezin said in an interview for this obituary in 2017. Though she was not an ardent feminist, she said, her first ad for the Redactron word processor was placed in Ms. magazine in 1971, hailing “the death of the dead-end secretary.”

Ms. Berezin called her computer the Data Secretary. It was 40 inches high, the size of a small refrigerator, and had no screen for words to trickle across. Its keyboard and printer was an I.B.M. Selectric Typewriter with a rattling print head the size of a golf ball. The device had 13 semiconductor chips, some of which Ms. Berezin designed, and programmable logic to drive its word-processing functions.

With law firms and corporate offices as its main clients, Redactron sold some 10,000 machines for $8,000 each before running into financial problems after seven years of independent operation. The company was sold in 1976 to the Burroughs Corporation, and Ms. Berezin joined the parent company as president of its Redactron division, a post she held until 1980. She then went on to careers in venture capital and consulting. 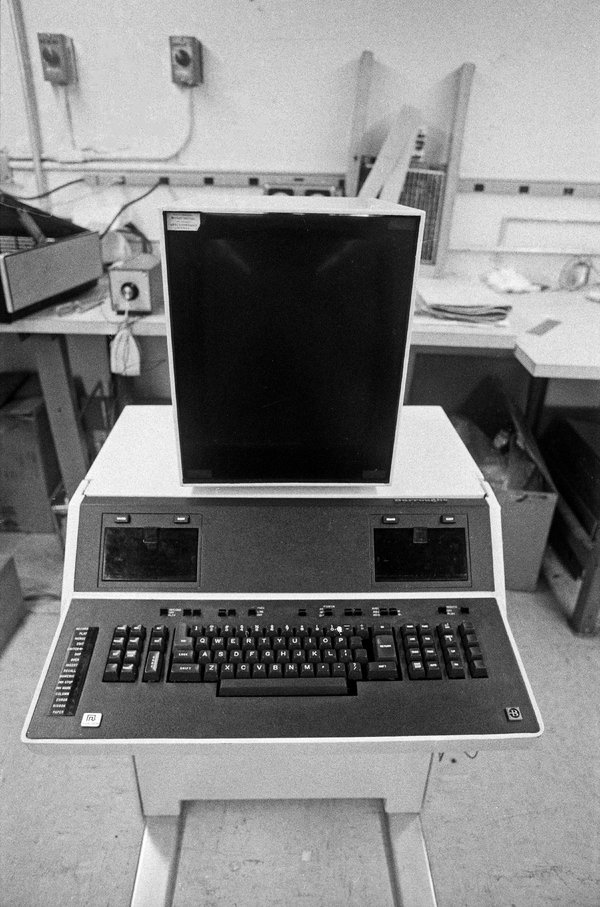 Even in her Redactron heyday, Ms. Berezin was hardly alone in the word processing business. Her chief competitor, International Business Machines, made devices that relied on electronic relays and tapes, not semiconductor chips. I.B.M. soon caught up technologically and swamped the market in the 1970s and ′80s, pursued by a herd of brands like Osborne, Wang, Tandy and Kaypro.

But for a few years after Redactron started shipping its computerized word processors in September 1971, Ms. Berezin was a lioness of the young tech industry, featured in magazine and news articles as an adventurous do-it-herself polymath with the logical mind of an engineer, the curiosity of an inventor and the entrepreneurial skills of a C.E.O.

In a 1972 profile in The New York Times, the business writer Leonard Sloane wrote: “Miss Berezin, a serious, soft-spoken individual, nevertheless talks at times like a systems engineer (which she is), a sales executive (which she is) and a proponent of a sophisticated product (which she is). She is also obviously a woman on the senior level of a field where her sex are still a rarity at any level.”

“Why is this woman not famous?” the British writer and entrepreneur Gwyn Headley asked in a 2010 blog post.

“Without Ms. Berezin,” he added enthusiastically, “there would be no Bill Gates, no Steve Jobs, no internet, no word processors, no spreadsheets; nothing that remotely connects business with the 21st century.”

Credit for her early achievements does appear to have faded with time, perhaps under the obliterating speed of technological change, the greater notice paid to her corporate competitors, and the tendency of the tech world to diminish the accomplishments of women.

Although Ms. Berezin was inducted into the Women in Technology International Hall of Fame in Los Angeles in 2011, Matthew G. Kirschenbaum noted in “Track Changes: A Literary History of Word Processing” (2016), “she remains a relatively unknown and underappreciated figure, with nowhere near the stature of other women who played significant roles in computer science and the computer industry and have since been recognized by historians.”

Evelyn Berezin was born in the Bronx on April 12, 1925, to Sam and Rose (Berman) Berezin, Jewish immigrants from Russia. Her father was a furrier, her mother a seamstress. Evelyn and her brothers, Sidney and Nelson, grew up in an apartment under elevated tracks in the East Bronx. In her bedroom, she read science fiction in Astounding Stories magazine as subway trains roared past endlessly.

A precocious student at public elementary and junior high schools, she graduated at 15 from Christopher Columbus High School in the Bronx. She attended night classes at Hunter College, which was all women at the time, and at Brooklyn Polytechnic Institute, where she transferred from Hunter under a World War II City University program that permitted the admission of women to an all-male school for the study of calculus and other specialized subjects. She earned a degree in physics at New York University in 1946 and completed coursework for a doctorate in physics at N.Y.U., but left in 1950 before finishing her doctoral experiments.

She married Dr. Israel Wilenitz, a chemical engineer, in 1951, but kept her maiden name for professional purposes. They had no children. He died in 2003. No immediate family members survive.

Ms. Berezin joined the Electronic Computer Corporation in 1951 as the only woman in a shop of engineers in Brooklyn. “They said to me, ‘Design a computer,’ ” she was quoted as saying in the 1972 Times profile. “I had never seen one before. Hardly anyone else had. So I just had to figure out how to do it. It was a lot of fun — when I wasn’t terrified.”

One of her early computers was designed for the Defense Department to make range calculations for artillery pieces and other big guns to hit their targets. When Underwood Typewriter bought Electronic Computer in 1957 and discontinued computer development, Ms. Berezin moved to Teleregister, a Connecticut company, where she designed an office computer that kept books and accounts, and another that automated a national banking system.

In 1968, Ms. Berezin began working on ideas for a true computer for word processing, using tiny chips, known as integrated circuits, or semiconductors, to record and retrieve keystrokes for text editing. Since 1964, I.B.M. had been making word processors using a Selectric Typewriter and a magnetic tape drive to save and retrieve keystrokes. The tape could be corrected and used to retype text, but since the machine lacked semiconductor chips, Ms. Berezin said, it was not a true computer.

By 1969, Ms. Berezin was far enough along in her design to act on it. She and two male colleagues, with $750,000 in capital, incorporated Redactron in an industrial park at Hauppauge, N.Y., on Long Island. Simultaneously, Intel and other companies were bringing semiconductor chips to fruition. Ms. Berezin used some of them, along with several semiconductors of her own design, in her first word processor.

From 1980 to 1987, Ms. Berezin was the president of Greenhouse Management Company, a venture capital fund invested in early-stage high-technology companies. She later served on the boards of many tech companies and was a tech consultant.

As is often the case with labor-saving devices, the advent of her word processor played out in unpredictable ways — making secretarial work easier for a time but superfluous later, often to the dismay of male bosses.

“It became obvious to the men that they didn’t need their secretaries anymore,” Ms. Berezin said. “They could do most of it themselves. But we also learned that if there is anything a man hates, it is to give up his secretary.”