ENGLAND is facing Italy in the Euro 2020 final on Sunday evening, but Brits are expected to clock into work bright and early the next day.

Some employers have been forgiving so far, but others have fired staff who've bent the rules by skipping work to catch the games, or recover the day after celebrations. 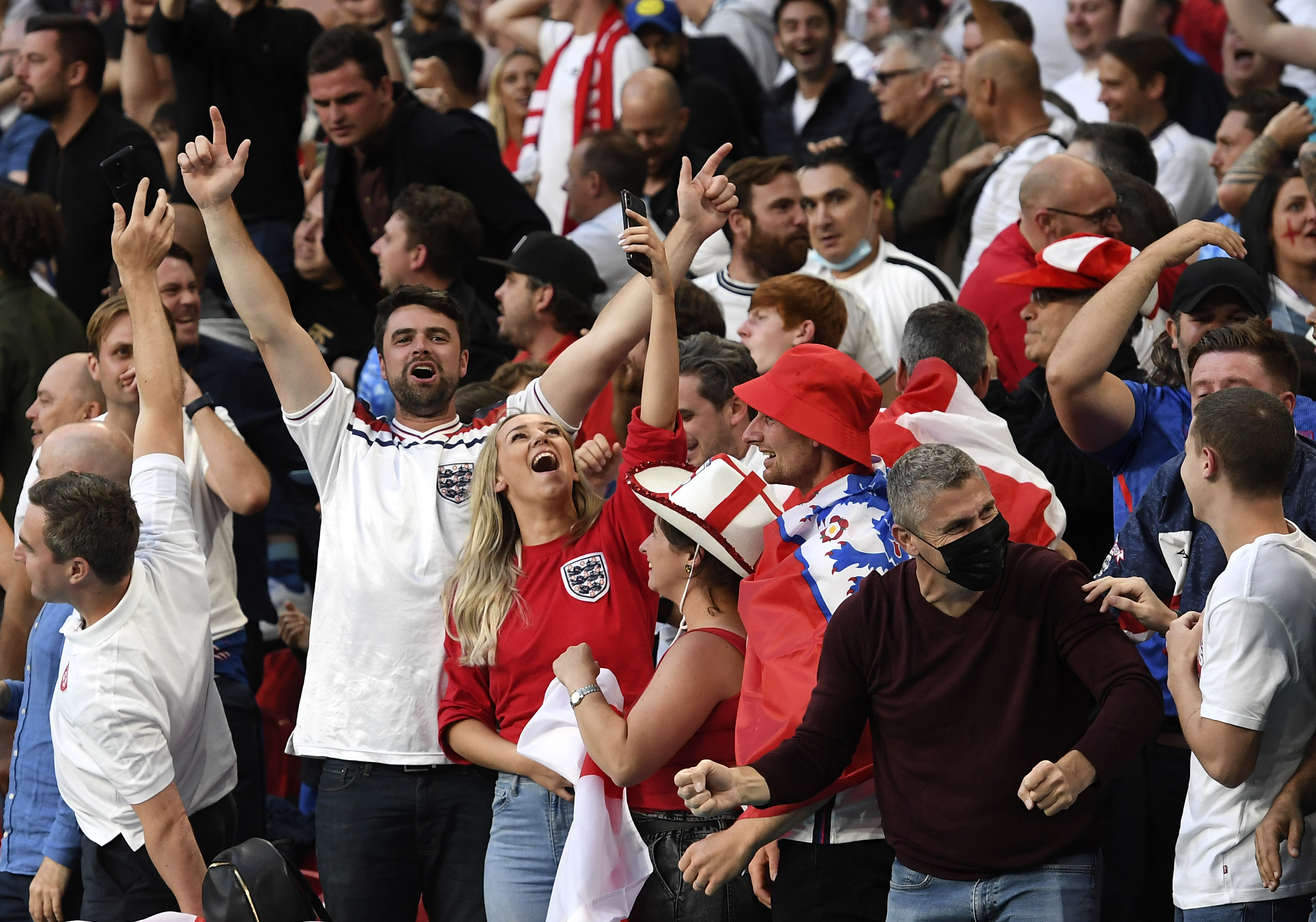 One office worker was sacked from her job after being caught on TV at the England V Denmark game on Thursday, so if you followed suit could you face the same fate?

She had pulled a sickie to go to the game, and with millions expected to watch the final match on Sunday, plenty will be waking up with sore heads and wanting to do the same.

The game starts at 8pm, and plenty of people will be watching down the pub with a pint or two.

Bosses have been urged to let staff start late on Monday after England’s final clash with Italy to give Brits a little time to recover.

Plus, some schools are already even allowing pupils to come in late after the final, as they'd have to stay up late the night before to watch it.

But will you be fired if you call in sick on Monday? We explain.

Will I be fired if I call in sick on Monday?

Hungover Euro fans hunted for excuses to get out of work following the previous games and some phoned in sick with the "England Germany Covid variant" after the quarter finals match.

Therefore, bosses could be skeptical of your illness if you do phone in sick the day after the massive event – especially if everyone's doing it.

If your boss finds out you've lied you could get into serious trouble and even be fired.

However, the repercussions will depend on individual circumstances.

A spokesperson for workplace lawyers, Doyle Clayton, said: “Employees who claim to be sick and unable to work on Monday, but who are really taking a day off to celebrate, can be guilty of misconduct.

"Their manager might also feel they have lost trust in them.

"The employer would be entitled to take disciplinary action including possibly dismissing them.

"Employees would be much better off booking a day’s holiday so that they can hopefully enjoy an England win without worrying about their job.”

What are your rights on sick days?

If you genuinely are ill on Monday you are entitled to the day off.

Usually you would have to phone in before the start of your shift to let your boss know you are unable to work, but they would obviously want to know as far in advance as possible.

You might be asked by your employer to provide medical evidence when you do return that proves you were sick too.

But if you do take the day off you may be entitled to statutory sick pay (SSP).

To be eligible, you'll need to earn an average of at least £120 per week.

Usually you need to have been sick for at least four days in a row – including non-working days.

Sick pay is one of the rights employees are entitled to as part of their contracts, along with others such as maternity or paternity leave, rest breaks and time off.

But if you're self-employed or a contract worker, the rules about what you're entitled too are different.

You can find out more about the rules for SSP and how to claim.

Could I ask to take the day off?

You've got nothing to lose by asking for the Monday following the match off, work, but it's not guaranteed until it's been confirmed by your employer.

The statutory notice period for taking leave is at least twice as long as the amount of leave a worker wants to take, plus 1 day.

For example, to take the Monday following the match off, you would have to give 3 days’ notice for 1 day’s leave.

So that means your absolute last chance to play by the book, is to request a day off by the end of the day today.

Even then your employer could still say no.

You should also bear in mind that your employer may have their own rules about annual leave.

They may require a longer notice period or have restrictions on how many people on your team can be off at once.

Most full time workers are entitled to 28 days’ paid annual leave a year but employers are not obliged to accept holiday requests and might be less likely to accept last minute proposals.

But calls for the government to be the ones insisting a day off have grown over the past few days, with thousands signing a petition to make Monday a Bank Holiday.

More than 300,000 Brits have signed it calling for an official day off on Monday if England win the Euro 2020 final.

A special Bank Holiday to celebrate England’s Euros 2020 success has not been ruled out but it is unlikely that it will go ahead as there are too many logistics and rules to apply in such a short space of time.

Regardless, TUC General Secretary, Frances O’Grady said: “If England can bring it home on Sunday, the government should allow the country to celebrate by announcing a special bank holiday.

“But it can’t just be a one-off. UK workers get fewer bank holidays than the Italians and most other workers in Europe.

If Monday is to be granted a national day off for everyone, then you wouldn't have to worry so much about breaching conduct.

But it's unclear how that would affect appointment-based workplaces or hospitality and retail workers.

It's expected that Italy will be cheered by 1,000 fans who are to be flown in in time for Sunday.

But the rival team has nine finals to Three Lions’ one, so the pressure is on this weekend.

For two minutes and 41 seconds, England did not lose the ball during the game against Denmark, so there's hope game play will be top again this weekend.