E!'s very own Erin Lim is engaged to boyfriend Joshua Rhodes. The host exclusively tells E! News the details about her special proposal. 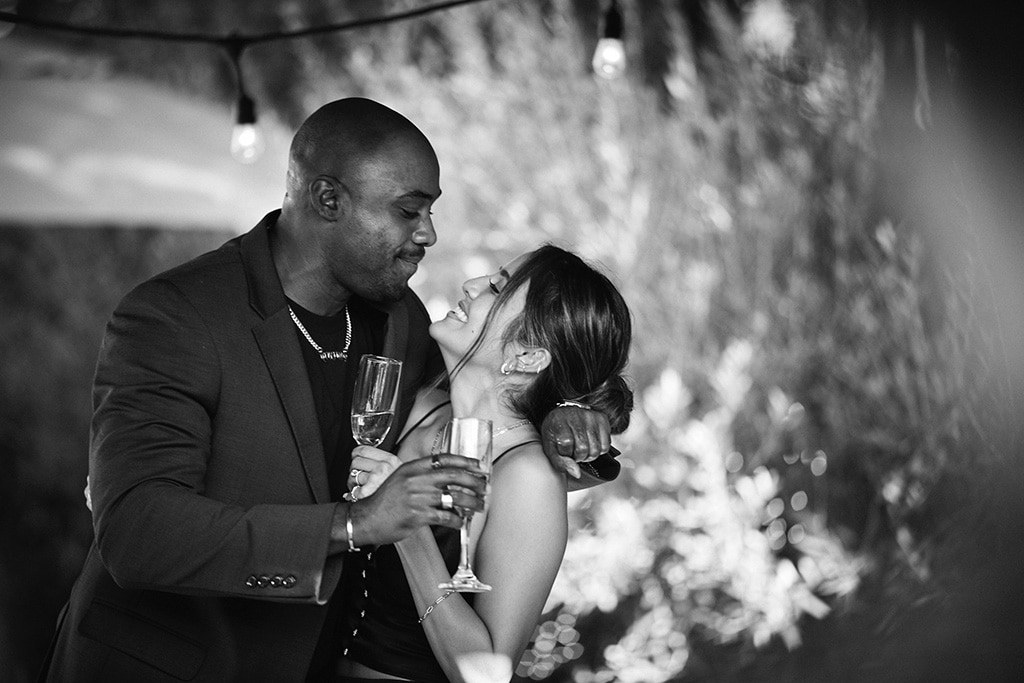 Erin Lim is celebrating the 2020 Emmys with a new diamond ring on that finger. The Rundown host shared the sweet and special news on Sunday, Sept. 20 during E!'s Live From the Red Carpet that she's engaged to her boyfriend and fashion mogul Joshua Rhodes.

"I'm so excited to share that I'm engaged to the most amazing man and my best friend Joshua," Erin exclusively tells E! News. "I knew after our first date he was going to be my future husband."

The BingE! Club host also shared details of the magical proposal, which she admitted was a "complete surprise."

"He proposed at my parent's house in Los Angeles," she dishes. "We were surrounded by our immediate families and a few close friends. I thought we were going on a date night after dropping off Pearl at my parents. But they were there in the backyard as he popped the question!"

And yes, Erin's dog Pearl was a witness during the proposal.

While on-air, Erin joked that she was waiting for co-hosts Nina Parker and Brad Goreski "to notice" her new jewelry piece.

"This heavyweight I have been carrying on my left hand," Erin shared. "Thank you so much! My love, my best friend Joshua Rhodes proposed last night. I have not been able to focus this entire day. I have been on cloud nine this entire Emmy Sunday. That's my news, I'm an engaged woman. I'm off the market!"

Erin reveals that she and The Last Adam founder first met in 2018 at their church. However, they wouldn't start dating until 2019.

The couple's engagement comes just a little over a year after they debuted their relationship on social media.

Miley Cyrus Wears Her Riskiest Outfit Yet Ahead Of iHeartRadio Show

In March 2019, Joshua posted a cute snap of him and Erin on Instagram with the red heart emoji. Four months later, The Rundown host would share a heartwarming video clip that showed a special moment between her and the designer.

In June 2020, the couple proved they were relationship goals.

"You live by love, lead by love, create from love, and even when some people don't deserve it, you give them all of your love," Erin captioned her Instagram at the time. "You've shown me what a human with an overflowing amount of love from the core can look like. And I just love you sm."

Erin isn't the only E! talent to celebrate an engagement this year. In July, Morgan Stewart announced that she and Jordan McGraw were taking their romance to the next level.

"Fireworks," the Nightly Pop co-host shared on Instagram on the Fourth of July. A month later, the television personality revealed she was pregnant and expecting her first child with Dr. Phil's son.

"We are so excited about our baby girl," Morgan exclusively told E! News at the time. "We can't WAIT to meet her!"