As fans prepare to dive back into Erika Jayne’s life on season 12 of The Real Housewives of Beverly Hills, she’s giving Us Weekly an exclusive update on her status with estranged husband Tom Girardi.

“I still am mourning that marriage,” the 50-year-old Bravo star told Us. “I think that gets lost in the sensationalized version of it all. This was someone I was married to for over 20 years and was with, like, 23 [years]. It’s difficult. There are real moments of sadness, real moments of — like when the holidays came around, you know, for Christmas, I would just remember how much fun we would have. … But what are you going to do with that? These things happen in life. They happen to everyone; everyone’s mourning something.”

News broke in November 2020 that Erika filed for divorce from Tom, now 82. One month later, Us confirmed that the twosome were named in a class action lawsuit, accusing Tom’s former company of misusing funds intended for plane crash victims. As their legal woes continued, with additional allegations of Girardi & Keese embezzling money, the former lawyer was placed under a conservatorship and moved into a facility that specializes in memory care.

“I am front and center. I am the face of this instead of the lawyers that worked at the firm and referring attorneys and, you know, law funding people — instead they point to me,” Erika, who has maintained that she didn’t know anything about her spouse’s alleged wrongdoings, told Us. “For my mental health, it’s been hard. No doubt. But again, I couldn’t lose and I was just going to fight it out every way possible and still am.” 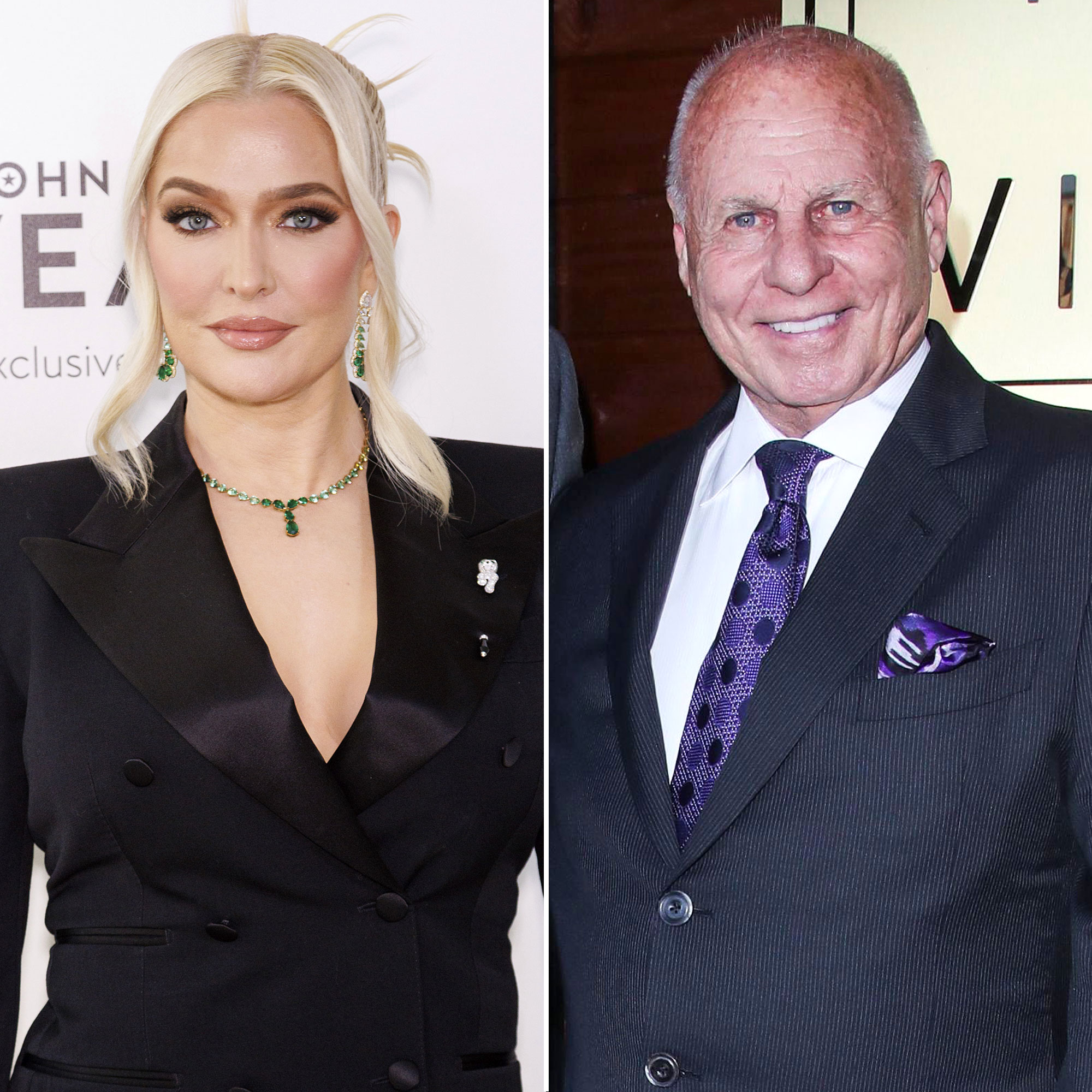 Bravo viewers watched Erika attempt to navigate the divorce and controversy on season 11 of the show, and season 12 will be no different.

“[It’s] very hard, very difficult to be asked the same questions over and over [and] give the same answer, but yet no one’s really listening,” the Dancing With the Stars alum told Us. “So yes, I get really frustrated and very explosive just, like, trying so hard to, you know, I wish that that would’ve been over, but it wasn’t because what would we be talking about?”

Mention It All! Real Housewives’ Legal Troubles Through the Years

The Pretty Mess author also revealed on season 11 that Tom called her “every day” to say “I love you” and asked her if she was sure about the split. She told Us that she hears from Tom from “time to time.”

“Of course [I take his calls],” she explained. “He’s not well, and so he’s in a state of decline and sometimes it’s good and sometimes [he thinks] I’m someone else. So it’s fine.”

The Real Housewives of Beverly Hills returns to Bravo Wednesday, May 11, at 8 p.m. ET.