ENGLAND and Scotland fans are being charged up to £4,230 for one gold-dust ticket to tomorrow’s Wembley Euros clash – up to 27 times face value.

Online sites are offering fans the chance to snap up tickets for the crunch Group D game for thousands of pounds, despite UEFA banning the resale of tickets over their face value. 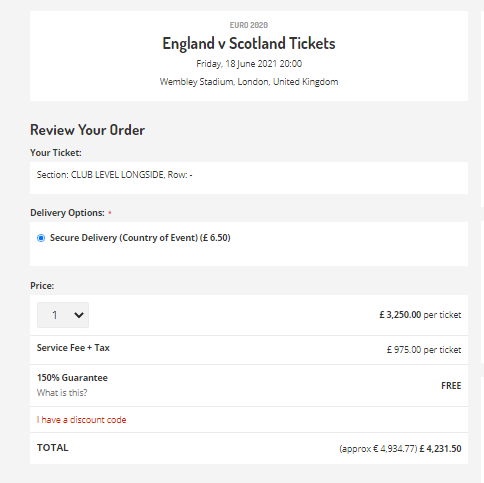 It comes as football fans are desperate to attend one of the first matches with spectators for more than a year.

But only around 3,000 tickets have been allocated directly to each team’s fans via their Football Associations.

Meanwhile, Wembley’s capacity has been reduced to 22,500 due to coronavirus restrictions.

While face value tickets bought from UEFA cost just £42 to £157, punters now risk being ripped off as tickets sell for thousands ahead of tomorrow night's game. 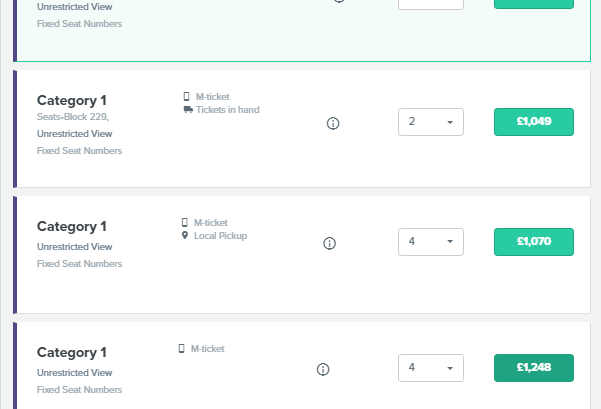 Secondary ticketing website livefootballtickets.com, which lets re-sellers set their own prices, is charging £745 to £3,250 for club level longside seats.

Meanwhile, a standard ticket will set you back £1,750 per ticket – although this deal is only selling them in pairs – plus £525 service charge, which works out at £2,275. 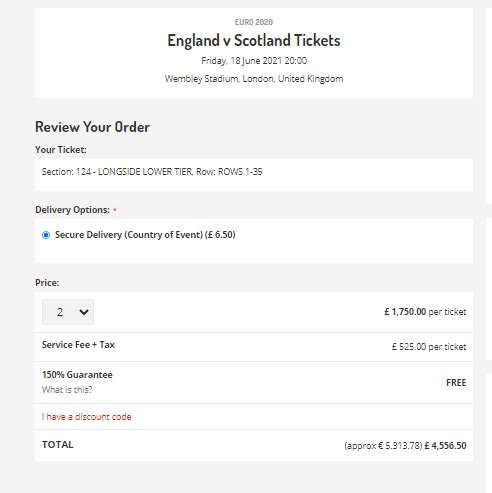 Meanwhile, StubHub.ie – owned by Viagogo – is selling tickets to customers in Irealnd to tomorrow's Wembley clash for £752 to £4,706 at the time of writing. 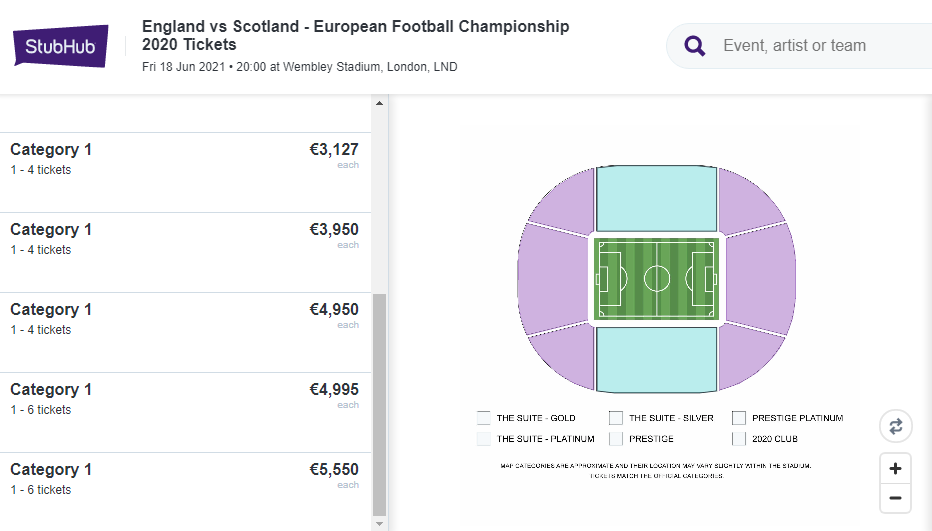 All three websites are platforms where people who can no longer go to thegames are able to sell their tickets on and recoup the money.

StubHub.ie tickets are also subject to taxes which could add hundreds to the bill.

Viagogo has been hit by accusations of ripping off customers in the past as aplatform that has been exploited by touts.

Last year it was criticised for refusing to give refunds to people who have bought tickets on its site to events hit by the coronavirus pandemic.

But UEFA terms and conditions prohibited their resale above face value.

However, security rules put in place for the game by the English FA and Scottish FA have even banned these transfers, as reported by The Times.

Supporters going to the match have to show their mobile match ticket and identification.

The England v Scotland match will kick off tomorrow at 8pm.

Tiocombo told the Sun: "Ticombo follows all consumer regulation. Face value is displayed on the listing, and buyer must confirm they have read resale restriction information."

"For Euro 2020, unfortunately UEFA do not allow for returning of tickets now. This have caused a huge demand for Ticombo marketplace.

"Changing covid restrictions has caused a difficult situation for huge amount of people in Europe who cannot travel or attend the event they have tickets for. Our service are therefore welcomed by many."

Livefootballtickets.com and Stubhub.com have also been contacted for comment.

Here we’ve looked at how Scotland has a mountain to climb to qualify for the final 15 at the Euros.

In other news, delivery apps have been found to charge up to 44% more for takeaways compared to ordering directly.

We’ve also put together cash-saving tips and tricks to get your BBQ gleaming during the heatwave.