Stephen ‘tWitch’ Boss Through the Years: ‘Ellen,’ Fatherhood and More

“Right now what I want to do is remember all the love and laughter I had with tWitch. He brought so much joy to my life. I know he brought joy to yours too,” the comedian, 64, captioned a video shared via Instagram on Thursday, December 15. “I’m going to be sharing some of my favorite moments with him. If you want to you can also share yours. #ILovetWitch.” 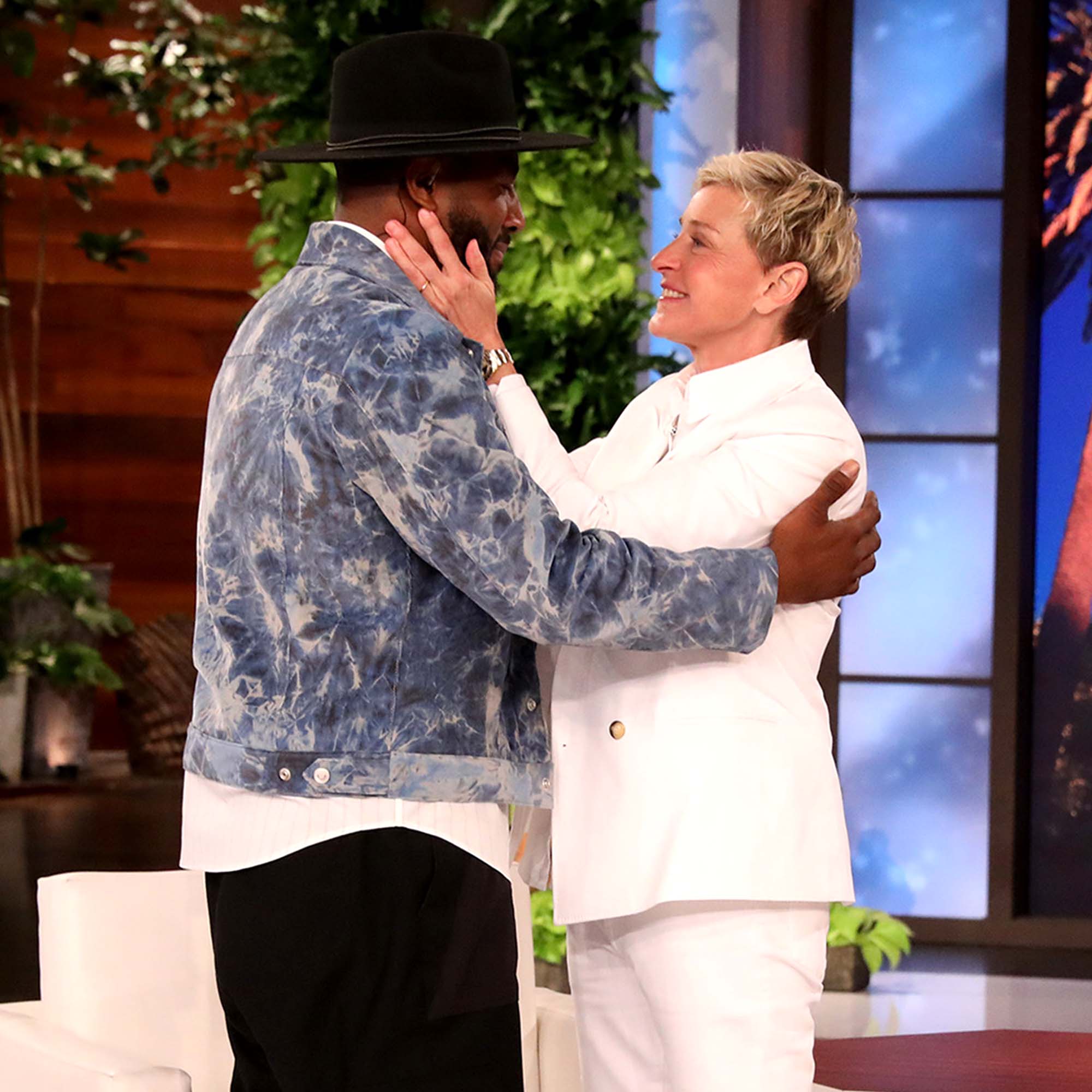 The clip featured several moments from Boss’ tenure on The Ellen DeGeneres Show, which he joined in 2014 as the Finding Dory star’s sidekick. When the long-running daytime show came to an end earlier this year, DeGeneres gave the freestyle dancer an emotional sendoff.

“Over a decade ago, I met someone who changed my life and our show,” the Emmy winner said in the snippet, which was included as part of her Thursday tribute. “And I’m talking about you, tWitch.”

The Ellen’s Game of Games host told Boss to sit near her on stage as she continued to gush over his influence. They exchanged a hug, and the So You Think You Can Dance alum was visibly overcome with emotion.

“I love you so much and it’s been an emotional week,” DeGeneres said. “It’s just a coincidence that your mom is here. … We put a little something together just to say how much we all love you here.”

As the montage continued, a producer asked the Louisiana native what message she wanted to send to her longtime colleague before their show’s finale, which aired in May. “I don’t want to say goodbye,” DeGeneres replied, reflecting on the pair’s shared love of dance. “Whenever he’s not here, for whatever reason, it’s just different. … He’s my pal.

Boss struggled to hold back tears as DeGeneres gifted him with a black-and-white photo taken backstage. “I love you and also I love the family that we’ve gained here. And something I’ll always remember is that you gave me a place to just be myself,” he told her. “I came here to dance one time, to do a dance course for you. And now, I’ve gained a family. … It’s unforgettable times.”

Us Weekly confirmed on Wednesday, December 14, that the Step Up 3D actor died in Los Angeles one day prior at age 40. According to the Los Angeles County Medical Examiner, he died by suicide via a self-inflicted gunshot wound to the head.

“It is with the heaviest of hearts that I have to share my husband Stephen has left us. Stephen lit up every room he stepped into,” Boss’ wife, Allison Holker, said in a statement on Wednesday. “He valued family, friends and community above all else and leading with love and light was everything to him. He was the backbone of our family, the best husband and father, and an inspiration to his fans. … Stephen, we love you, we miss you, and I will always save the last dance for you.”

The couple tied the knot in December 2013, celebrating their ninth wedding anniversary days before Boss’ death. They shared three children: daughter Weslie, 14, son Maddox, 6, and daughter Zaia, 3. (Holker, 34, welcomed Weslie with a previous partner, and Boss adopted her after the dancers got married.)

DeGeneres addressed the shocking loss via Instagram on Wednesday, sharing a photo of herself hugging the Star Search alum. “I’m heartbroken. tWitch was pure love and light,” she wrote. “He was my family, and I loved him with all my heart. I will miss him.”

If you or someone you know is in emotional distress or considering suicide, call the 988 Suicide & Crisis Lifeline at 988.