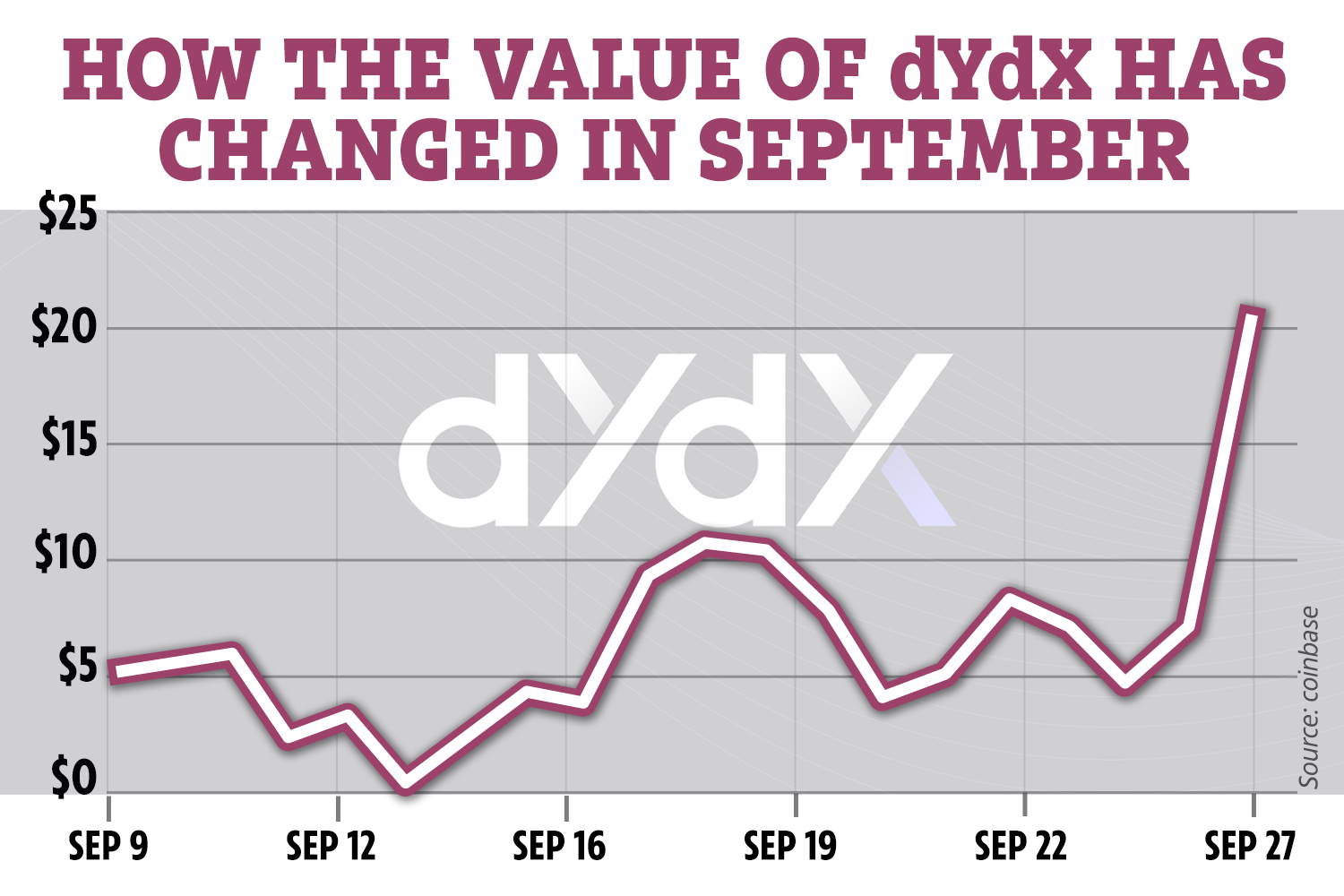 Furthermore, since launching trading earlier this month, dYdX has surged by 70%.

While the trends seem favorable towards at the moment for dYdX, it is still subject to similar risks as other cryptocurrencies.

Firstly, the cryptocurrency space can be filled with complexity, so you need to understand what you're investing in.

And most importantly – you could lose a lot of money quickly if you’re not careful. This is because of the extreme volatility in the industry.

Plus, newer cryptocurrencies are riskier than those that have been around for longer, such as Bitcoin, and make you more vulnerable to scams.

Below we reveal how the cryptocurrency's price could change in future.

The cryptocurrency, which operates as decentralized finance (DeFi) platform, supports the following types of trading: perpetual, margin, and spot.

It also supports lending, borrowing, and uses smart contracts on the blockchain of the major cryptocurrency, Ethereum.

The early success in dYdX lead to Mr Juliano taking a victory lap on Sunday, which outperformed Coinbase in trading volume by 15%.

The surge in trading comes as Chinese users have started to flock to decentralized exchanges and DeFi products, following Beijing’s ban on all cryptocurrency transactions on Friday.

However, Chinese crypto reporter Colin Wu tweeted: "A large number of Chinese users will flood into the DeFi world, and the number of users of MetaMask and dYdX will greatly increase."

It’s been a wild first few weeks of trading for dYdX and some are wondering what its price will be by the end of 2021.

Will it go as high as $50 by the end of the year? To reach that milestone, the new crypto would have to more than double its price.

While that seems like a tough task, Pick A Crypto thinks dYdX could potentially trade even higher than the $50 mark by the end of the year.

“We think that price could reach somewhere around the $30 to $75 USD mark in the next few months,” it said.

A separate price prediction from DigitalCoin is a little less bullish but forecasts that dYdX could surpass $50 within the remaining months of the year.