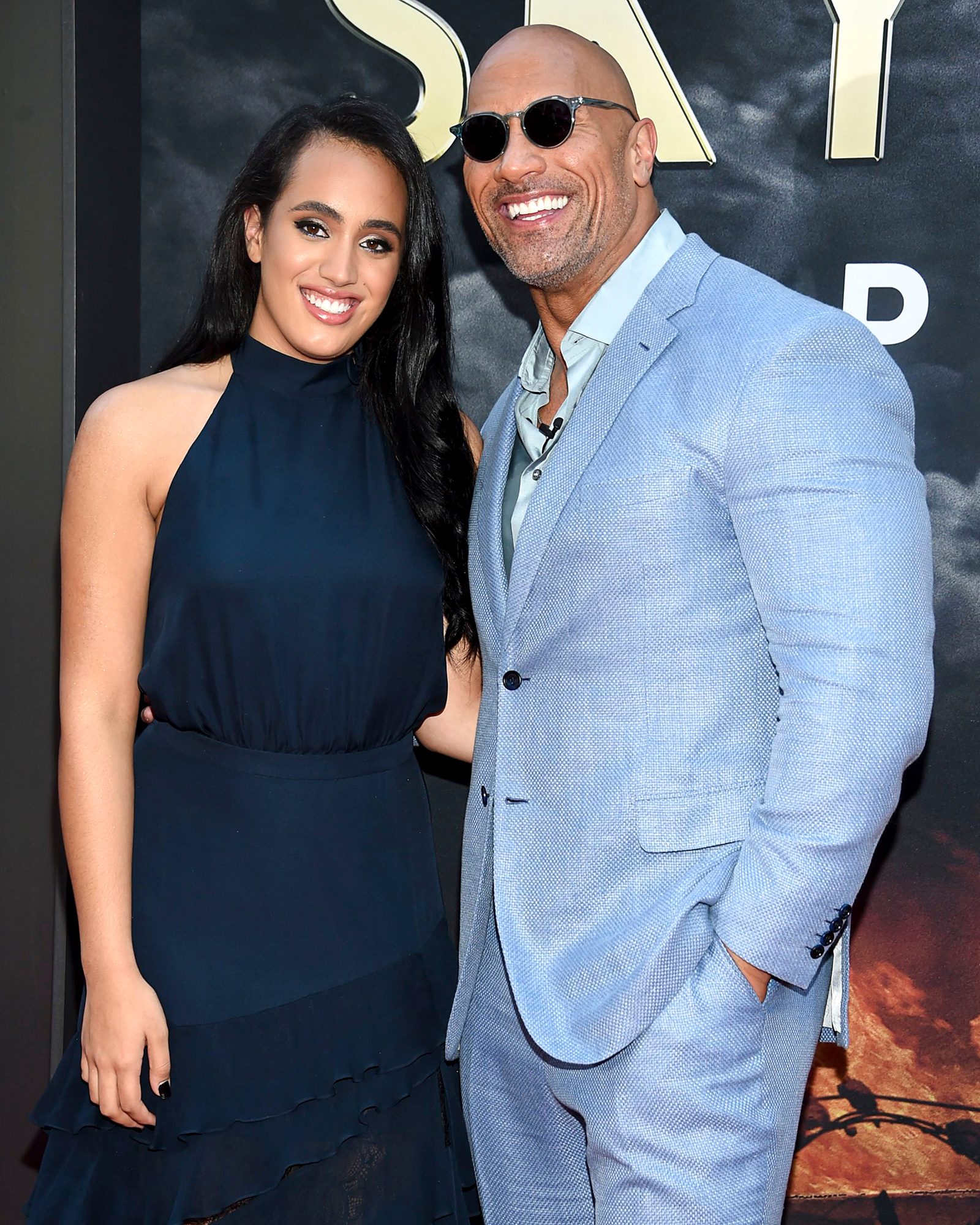 Her big moment. Dwayne “The Rock” Johnson‘s eldest daughter, Simone Johnson, made her onscreen WWE debut as Ava Raine, a member of the group Schism.

“I’ve found my family ✌🏽🙂,” the athlete, 21, teased via Twitter on Tuesday, October 25, before making her official debut on WWE’s developmental brand NXT. Raine was unveiled as the fourth and final member of the “cult” group, joining Joe Gacy, Rip Fowler and Jagger Reid. “The love and acceptance the Schism has given me defies any preconceived notions of who I’m supposed to be,” the wrestler told the crowd during her big moment, referencing her 50-year-old father’s famed career. “This family completes me.”

Simone’s mother, Dany Garcia, shared her support via Twitter, gushing that it was “a ❤️🖤❤️moment for me celebrating @AvaRaineWWE TV debut on @WWENXT tonight 🥹.” 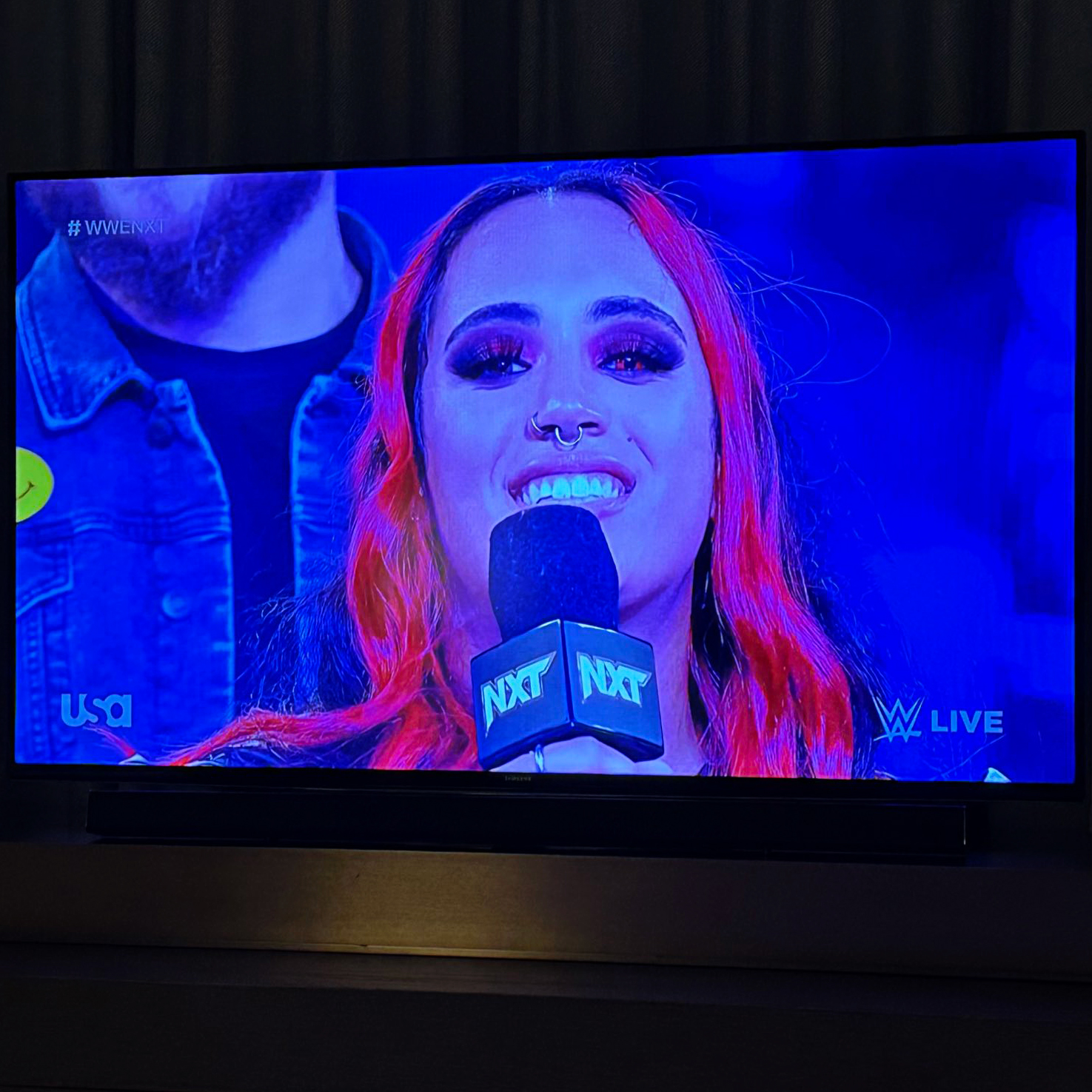 WWE announced in February 2020 that Simone had begun training to become a WWE Superstar at the WWE Performance Center in Orlando, Florida. “To the little girl who fell in love with wrestling & said ‘this will be my life one day,’ this is for you,” she wrote via Instagram at the time. “I’m humbled, grateful & ready to work. Let’s do this.”

Simone’s decision to enter the ring made her the first fourth-generation superstar in the league’s history, following Dwayne, her late grandfather Rocky Johnson and her mother’s grandfather, Peter “High Chief” Maivia.

“It means the world to me,” the Fast and Furious star told WWE at the time. “To know that my family has such a personal connection to wrestling is really special to me and I feel grateful to have the opportunity, not only to wrestle, but to carry on that legacy.”

Dwayne echoed those sentiments earlier this year telling Entertainment Tonight that he was “very, very proud” of her. “She’s made history,” the Black Adam star gushed in July. “She is fiercely independent. It’s very important for her to make her own way, blaze her own trail, blaze her own path. She doesn’t come to me looking for a lot, which I respect that. And I’m here watching and supporting.”

He added that he would be open to making a return to wrestling in the future, provided that he could team up with Simone. “Of course,” Dwayne told ET. “Yeah, always open to that. For sure.”

In July 2019, Dwayne praised all three of his children for their beauty and strength during an interview with Extra. “[They are] so beautiful,” he said at the time. “It’s just the best thing. … I have a house full of just strong, badass women. … It’s terrifying, but it’s awesome.”

He continued: “I grew up an only child. My dad was tough. He kicked my ass, so there was a lot of testosterone growing up, so there is this balance, having all this estrogenic energy, then also me having the opportunity to infuse ‘father’ and hopefully setting a standard of what a man should be in [my daughter’s] lives.”