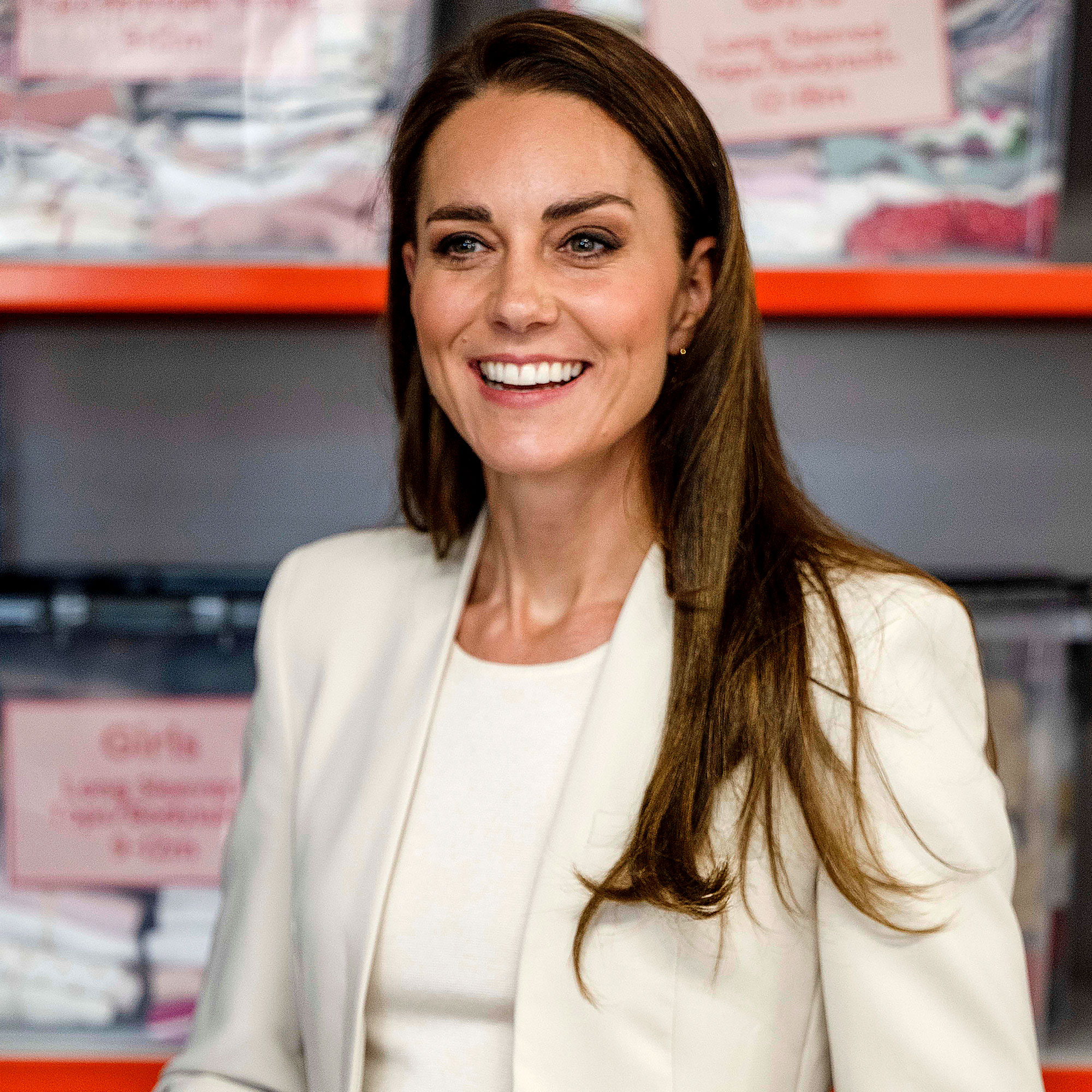 Words of kindness. Duchess Kate responded warmly when a fan paid her a compliment during an outing in Wales.

“You’re going to be a brilliant princess of Wales,” one well-wisher told Kate, 40, as she shook hands and chatted with people outside Cardiff Castle on June 4. “Oh, that’s very kind,” the Duchess replied. She then gestured toward her husband, Prince William, and added, “I’m in good hands.”

Kate stopped by the castle with William, 39, Prince George and Princess Charlotte in honor of Queen Elizabeth II’s Platinum Jubilee Celebrations earlier this month. The Reading native will likely assume the Princess of Wales title when Prince Charles becomes king, making William the Prince of Wales.

Royal expert Christopher Anderson told Us Weekly that the Duke and Duchess of Cambridge chose to visit the Welsh castle instead of attending their niece Lilibet’s first birthday party at Frogmore Cottage. “William and Kate made no effort at all to introduce Prince George, Princess Charlotte and Prince Louis to [Lili],” Anderson claimed to Us on June 7. According to the royal expert, there is still “a lot of tension” between William and Kate and Prince Harry and Meghan Markle. Anderson added, “as far as I know, nobody believes they spoke [to one another]” during the Jubilee celebrations.

Prince Harry, 37, who relocated to California along with Markle, 40, and their son Archie, 3, in 2020, is currently writing a memoir. Anderson told Us that “the Royal family is terrified about what’s going to be contained in the book Harry is going be publishing at the end of this year.”

Meanwhile, William and Kate are gearing up for a big move of their own — they’re leaving their longtime home at Kensington Palace.

“Kate and William are moving to Windsor to be closer to [Queen Elizabeth II] and Carole [Middleton], who is always on hand to look after the kids when the Cambridges need to travel back and forth from London,” an insider told Us earlier this week.

William and Kate’s Strained Relationship With Harry and Meghan: A Timeline

In their new home, the family will be a short distance from Windsor Castle, where the Queen has been living since 2020. The duke and duchess first moved to Kensington Palace in 2013 after tying the knot in 2011.

The royal couple believes that the move will be good for their children. “Charlotte can go horse riding in the open air and George can play football on extensive grounds,” the source explained. “Louis loves being close to his great-grandma, and he’s going to take tennis lessons this summer. They’re starting over there, and George, Charlotte and Louis are really excited about going to a new school and being in the countryside in the fresh air where there’s lots of space for them to play freely.”