Mourning the monarch. Duchess Kate was spotted looking somber as she left Windsor Castle one day after Queen Elizabeth II died at age 96.

Duchess Kate and Queen Elizabeth II’s Bond Through the Years

Kate, 40, was photographed in the front seat of a vehicle on Friday, September 9, with dark sunglasses concealing her face. She wore black and appeared downcast as she drove. 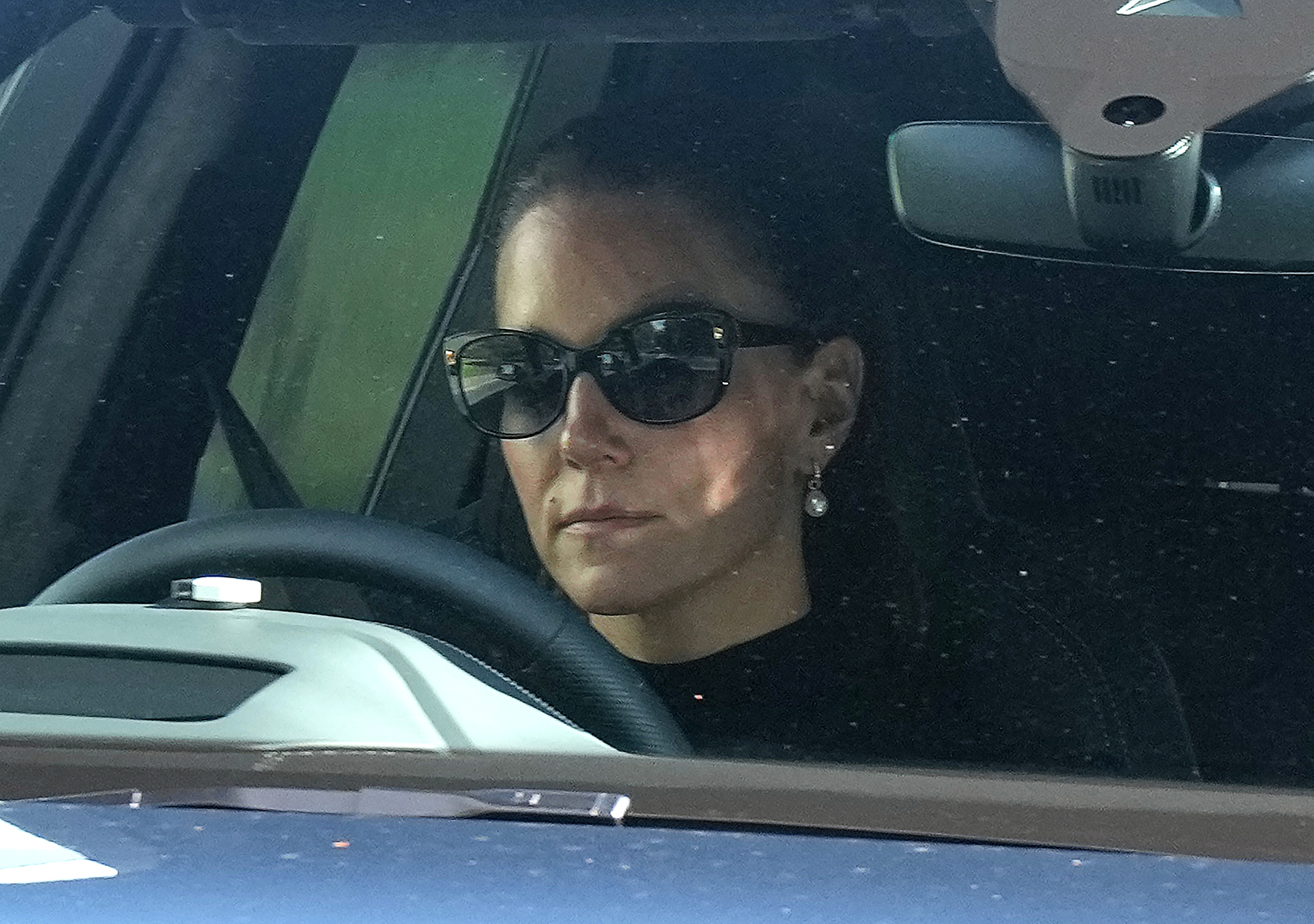 The duchess did not accompany her husband, Prince William, when he rushed to Scotland on Thursday, September 8, before news broke of the queen’s passing. Buckingham Palace previously revealed in a statement that Elizabeth’s doctors were concerned about her health and were closely supervising her at Balmoral Castle. She died peacefully at the estate, per the palace.

William, 40, is now first in line for the British throne behind his father, King Charles III, who immediately succeeded his late mother upon her death. The Duke and Duchess of Cambridge have yet to formally address the royal family’s loss, but Charles, 73, broke his silence in an emotional statement on Thursday.

“The death of my beloved mother, Her Majesty The Queen, is a moment of the greatest sadness for me and all members of my family,” he wrote, signing the message from the desk of His Majesty the King. “We mourn profoundly the passing of a cherished Sovereign and a much-loved Mother. I know her loss will be deeply felt throughout the country, the Realms and the Commonwealth, and by countless people around the world.”

Charles continued: “During this period of mourning and change, my family and I will be comforted and sustained by our knowledge of respect and deep affection in which The Queen was so widely held.”

The new sovereign’s wife became Queen Consort Camilla following Elizabeth’s death, and it appears as though big changes are coming for William and Kate. The couple seemingly added Duke and Duchess of Cornwall to their Instagram account on Thursday, hinting that those will be the pair’s new titles. 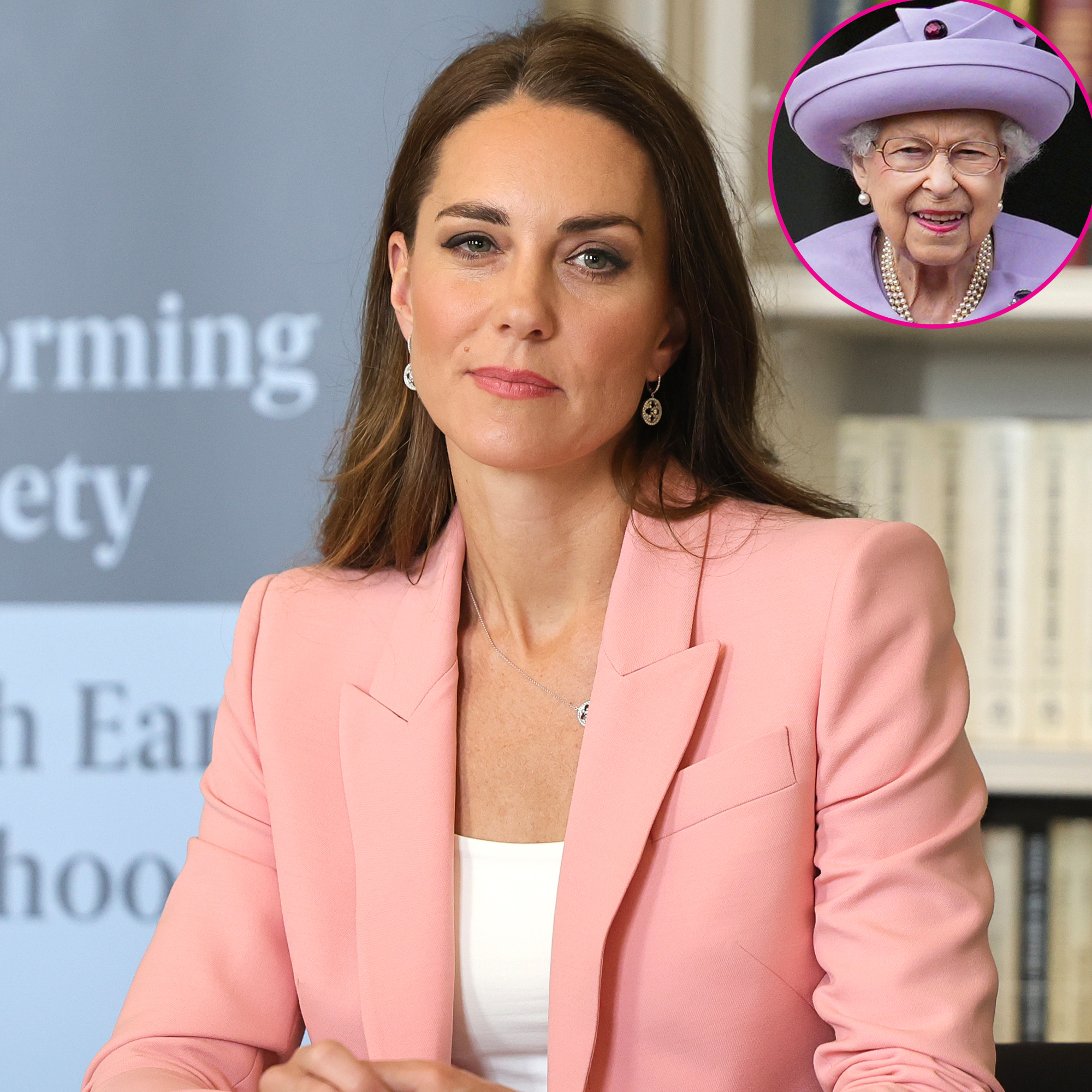 The University of St Andrews alums share sons Prince George, 9, and Prince Louis, 4, and daughter Princess Charlotte, 7. As they rise in the royal line of succession, William and Kate had already begun to prove themselves as reliable leaders.

“Her Majesty sees the Cambridges as the future of the monarchy and trusts Kate and William’s judgment implicitly,” a source exclusively told Us Weekly in August 2020. “Kate asks for advice about speeches she’s due to make, whom she can depend on most within the palace and protocol dos and don’ts. The queen’s more than happy to impart her wisdom — she’s proud to be Catherine’s go-to adviser about royal life.”

The future king, for his part, is “relieved to have Kate to depend on” throughout their royal tenure. “Their approach to everything is similar — they embody that ‘Keep calm and carry on’ mentality, choosing to focus on positives when things get tough,” the insider added.

Ahead of her death, Elizabeth was proud of how far Kate had come since she officially joined the royal family. “Over time, Kate has proved to Elizabeth that she can be trusted and they’ve developed a great relationship,” a source explained in October 2021. “Elizabeth feels confident that Kate will make a great queen.”