Dr. Lisa Schwartz, who with her husband devoted her life to warning patients about the dangers of unnecessary medical tests and treatment and excessive diagnoses, died on Nov. 29 in Lebanon, N.H. She was 55.

Her husband, Dr. Steven Woloshin, said the cause was cancer.

Dr. Schwartz and Dr. Woloshin were the directors of the Center for Medicine and Media at the Dartmouth Institute for Health Policy and Clinical Practice, part of Dartmouth College’s Geisel School of Medicine. There they trained hundreds of journalists to become more skeptical about claimed scientific breakthroughs and miracle cures, and to better communicate the benefits and risks of medical tests and treatment.

They often collaborated with another Dartmouth colleague, Dr. H. Gilbert Welch, on books and articles — for laymen and medical professionals alike — that aimed to demystify the credible risks of getting diseases. Their research helped the National Cancer Institute to develop the Know Your Chances website.

They lobbied the Food and Drug Administration to require that prescription medicine be labeled with a “drug facts box,” which would list the benefits and harms detected in clinical trials. The agency has been considering the proposal.

“We want doctors, the public and policymakers to know what they can and cannot get from various medications, treatments and interventions, so people can make wise decisions,” Dr. Schwartz told the college publication Dartmouth Medicine in 2012.

Last year, Dr. Schwartz and Dr. Woloshin received the John P. McGovern Award from the American Medical Writers Association. The award recognized their success in illuminating “the trade-offs between too little diagnosis (missing problems that might benefit from earlier treatment) and overdiagnosis (harming people with problems that never needed to be found).”

They saw what they called overdiagnosing as a consequence of advanced technology for detecting abnormalities and of lower thresholds, set by expert panels, for defining diseases.

“More diagnoses mean more money for drug manufacturers, hospitals, physicians and disease advocacy groups,” Dr. Schwartz, Dr. Woloshin and Dr. Welch wrote in an essay in The New York Times in 2007. “While failing to make a diagnosis can result in lawsuits, there are no corresponding penalties for overdiagnosis.”

They warned of “the medicalization of everyday life” and an “epidemic of diagnoses.”

They were particularly concerned about how such diagnoses affected children.

“If children cough after exercising, they have asthma; if they have trouble reading, they are dyslexic; if they are unhappy, they are depressed; and if they alternate between unhappiness and liveliness, they have bipolar disorder,” the doctors wrote.

“While these diagnoses may benefit the few with severe symptoms,” they added, “one has to wonder about the effect on the many whose symptoms are mild, intermittent or transient.” 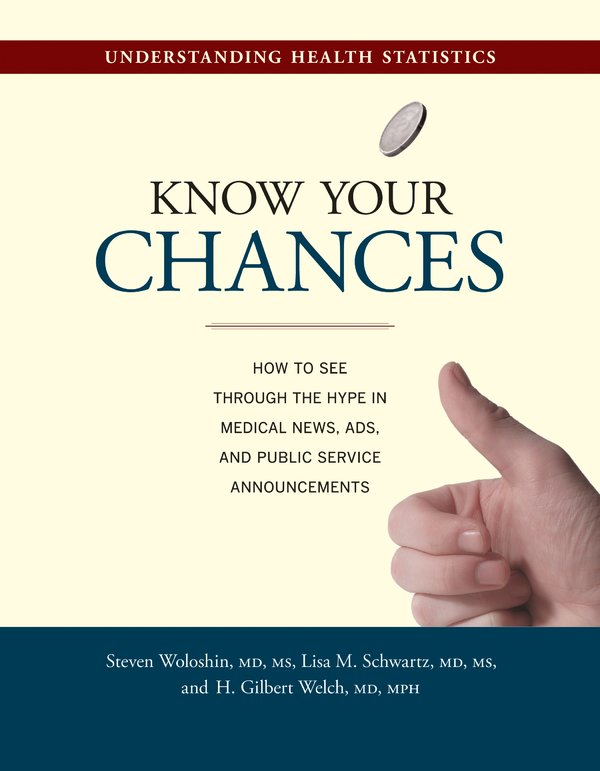 They concluded, “If more than half of us are sick, what does it mean to be normal?”

Not surprising, their crusade had its critics. When they complained that a drug for restless leg syndrome was being overprescribed, the manufacturer, GlaxoSmithKline, responded that its advertising recommended that patients try other measures first. “There’s important information on our product label to inform physicians as to whether or not a product is appropriate,” the company said.

Lisa Miriam Schwartz was born in the Bronx on June 30, 1963, to Leonard Schwartz, an electrical engineer, and Heda (Teitcher) Schwartz, a vocational rehabilitation counselor.

She graduated from Montville High School in New Jersey and earned a bachelor’s degree in chemistry from the State University of New York at Binghamton (now Binghamton University) in 1985 and a medical degree in 1989 from the New York University School of Medicine.

She and Dr. Woloshin met in 1990 as medical residents at Bellevue Hospital Center in Manhattan.

Working at city-run clinics on the Lower East Side and in Chinatown, they got their first glimpse of the mismatch between the treatment being offered and the pool of potential patients: While the clinics were equipped with high-tech diagnostic equipment, they employed no interpreters for their clients, nearly all of whom were recent immigrants who spoke little English.

The couple married in 1992 and accepted a research fellowship two years later at Dartmouth, where Dr. Schwartz received a master of science degree and where they became professors of medicine and research partners.

In addition to her husband, Dr. Schwartz is survived by their daughter, Emma; their son, Eli; her mother; her brother, Mark; and her sister, Susan Schwartz.

In 2011, Dr. Schwartz and her husband were named directors of the Center for Medicine and Media, which is supported by, among others, the National Institutes of Health. She, Dr. Woloshin and Dr. Welch collaborated on the books “Know Your Chances” (2009) and “Overdiagnosed: Making People Sick in the Pursuit of Health” (2011).

“Lisa never lost her capacity to be truly angry about corruption, misinformation and lack of scientific rigor in the system,” Robert E. Drake, a fellow Geisel School professor, said in his eulogy.

Dr. Schwartz warned that too many people were being treated on the basis of CT scans even though, she said, the scans cannot distinguish a progressive cancer from a nonprogressive one. In 1999, she criticized the imminent issue of a postage stamp that said “Prostate Cancer Awareness: Annual Checkups and Tests.”

“How was it,” she later recalled wondering, “that the Postal Service was making screening recommendations?”

If everyone took the recommended tests for blood cholesterol and sugar, body mass index and diabetes, she once calculated, three in four adults in the United States would be classified as diseased.

As for her own illness, Dr. Schwartz received an accurate diagnosis and coped with seven years of uncertainty as she underwent several versions of chemotherapy.

“She did everything she could,” Dr. Welch said in an email. “More important, she would want patients to understand that good people — doing all the right things — can nonetheless develop bad diseases.”