‘My first house barely cost that!’ Harrods is ridiculed after putting on display a painted fridge for £36,000

Harrods has been ridiculed for selling a designer label fridge for £36,000.

The ultra-luxe kitchen appliance is a collaboration between design house Dolce & Gabbana and Italian manufacturer Smeg.

Other products include a £500 kettle and a £700 blender. Even a small citrus juicer is staggeringly pricey, setting shoppers back £499.95.

The upmarket range was unveiled earlier this year but has drawn fresh attention this week after a Facebook user shared a snap of the fridge online.

Social media users were left shocked at the eye-watering price tag with one declaring: ‘My first house barely cost that!’ 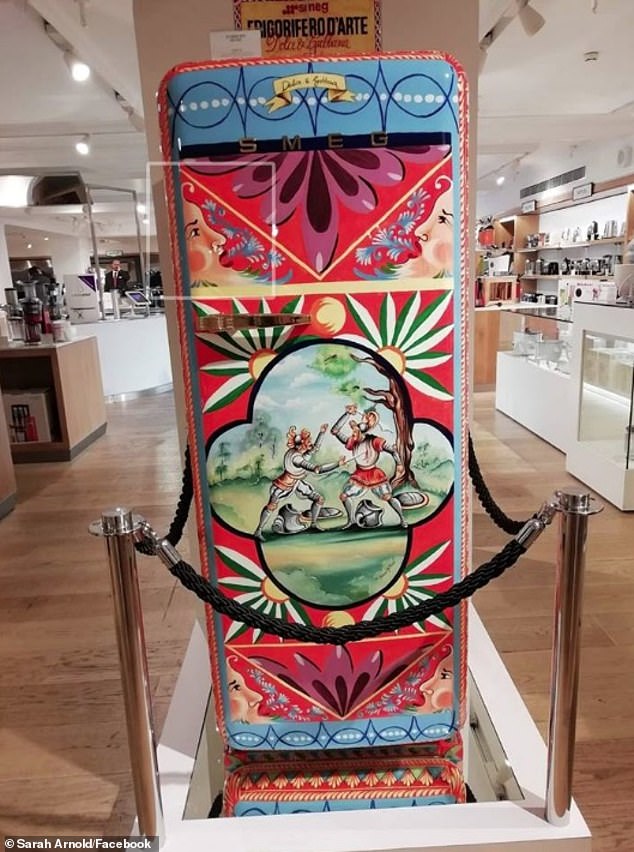 Harrods is selling a designer label fridge for £36,000, pictured. The ultra-luxe kitchen appliance is a collaboration between Dolce & Gabbana and Italian manufacturer Smeg

The products were unveiled earlier this year but have drawn fresh attention this week after a Facebook user shared a snap of the extravagant fridge online, pictured

Social media users were left shocked at the eye-watering price tag with one declaring: ‘My first house barely cost that!

Sarah Arnold posted the picture of the pricey appliance – a collaboration between kitchenware brand Smeg and clothing designer D&G – to a group on Facebook.

She wrote: ‘My mother-in-law visited London town and this delightful refrigerator was only £36,000 in Harrods.’

Dozens of people commented on the snap, which racked up more than 70 likes, with one man pointing out it cost more than his first house.

Samuel Levesque wrote: ‘Hmmm, only 2.5 times my yearly salary (before taxes) and £15,000 more than my parents paid for the house I grew up in.’

Others joked that the fridge would make the perfect Christmas present with Claire Joanne Chedham writing: ‘Claire Shackleton – found my xmas present from you..thanks.’ 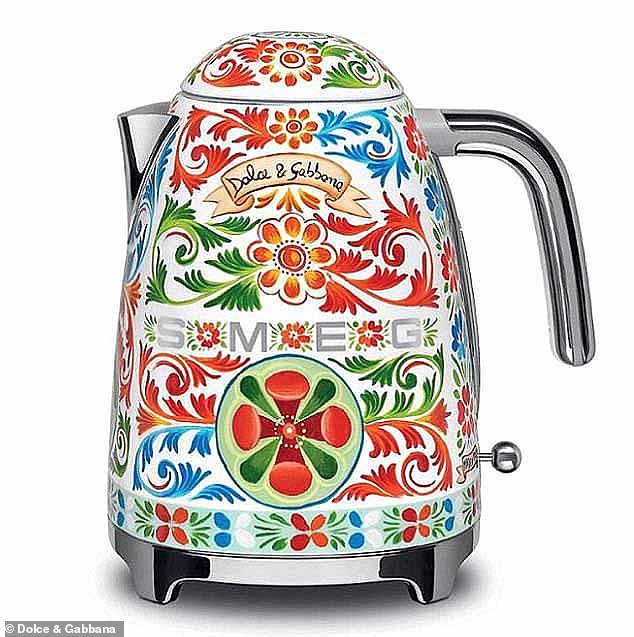 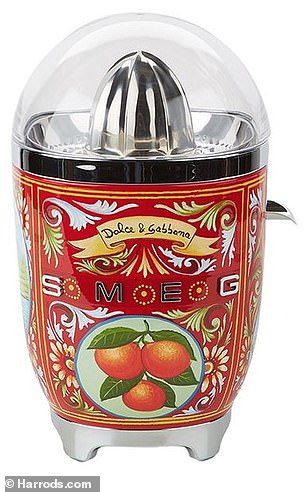 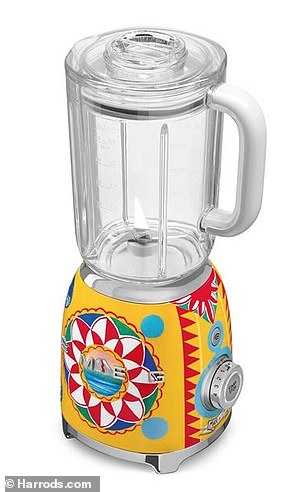 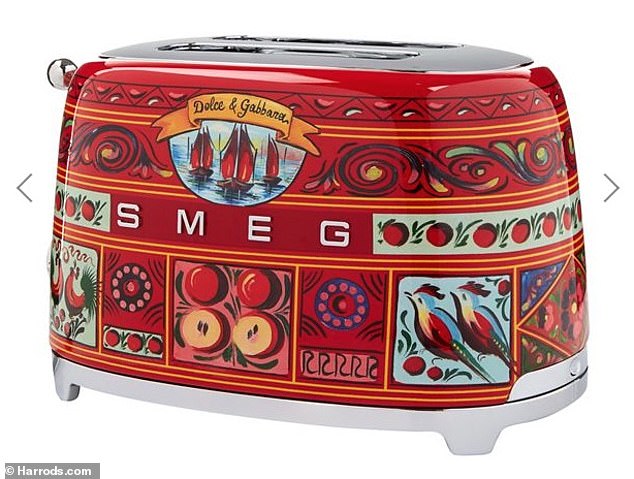 A two-slot toaster from the range costing £499.95. Designer kitchenware has become a recent fad with brands such as Versace designing tea cups and saucers for as much as £180

Polo Matthew joked: ‘Santa’s gonna struggle to get that down my chimney,’ while Rachel Beck said: ‘I bought one for the spare Christmas food!’

Dolce & Gabbana collaborated with high-end appliance company Smeg to provide luxury kitchenware for sale in high-end stores such as Harrods.

Fortunately for interested parties, the fancy fridge is not a standalone piece; Dolce and Gabbana have collaborated with Smeg on a number of retro styled pieces including a toaster and kettle on sale for £500 and a blender worth £700.

Designer kitchenware has become popular in recent years with brands such as Versace designing tea cups and saucers for £180.

Going viral: Dozens of people commented on the snap of the designer fridge after it was shared on Facebook

Tommy Hilfiger has also been putting his famous red, blue and white label on bath towels at the asking price of £69.

Dolce and Gabbana have found themselves in hot water recently after their campaign for a Shanghai runway collection was deemed racist by social media users.

The campaign was removed online, the runway show cancelled and many Chinese people began publicly burning their Dolce and Gabbana clothing.