I love Sesame Street. I love how it meets kids at their level but doesn’t condescend. I love that it’s so watchable even for adults, with comedy operating on multiple levels. And I love its miraculous aesthetic – so perfectly distilled in its iconic theme song – of being simultaneously child-like and cool. Perhaps the secret is that it is so clearly a creature of urban New York. It doesn’t exist in an imaginary world of rainbows and meadows, or on rigidly constructed, cartoon-like sets. Its world is the street. Its characters run corner stores and live in trash cans. Some are sweet, others are grouches. Each is loveable in their own way. It’s fun inflected with grit.

That’s deliberate. From its very inception, it was aimed at poorer inner-city kids, largely black, in the hope that by the time they reached school, they might be on an equal educational footing with middle-class kids. And so it captured their world, including the fact that most human characters were from racial minorities. Sesame Street has always been a show with a mission, a sense of social vocation. It can only be fully understood by its context amid the Civil Rights movement. “We were going to save the world and we were going to eradicate racism,” recalled Sophie Manzano who played Maria for more than four decades and was one of the first Latinas on American television. 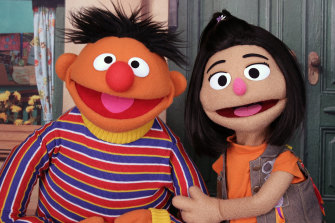 So, it is entirely in-keeping with that mission that Sesame Street this week announced the arrival of Ji-Young, the show’s first Asian-American Muppet. She follows last year’s introduction of a black Muppet named Tamir. They’re part of the show’s response to last year’s murder of George Floyd, and a spike in anti-Asian hate crimes. And so the introduction of these characters, designed specifically to talk to kids about racism, seems an obviously brilliant idea.

And yet, something about it seems misconceived to me. Perhaps the most obvious concern is that it asks us to racialise Muppets. In all my years of watching and loving Sesame Street’s Muppets, it had never occurred to me that they had a race – even as an adult. The Swedish Chef did, I suppose, but he wasn’t a Muppet you’d wear on your pyjamas. The ones that mattered seemed completely divorced from the concept. The best ones – Grover, Oscar, Elmo, Big Bird, Snuffy – weren’t even human. And the human ones could have been anything. What race is Ernie? I guess The Count would be Transylvanian, but he’s also purple. I would have been at least a teenager before I could have placed him in eastern Europe, and even that was a purely intellectual exercise. I never felt any sense of cultural or racial distance from these characters.

I don’t mean this in some “I-don’t-see-race” kind of way. I’m alive to the idea that white is very often the default, so that where race isn’t explicit, whiteness is presumed. But it seems wholly unconvincing to apply that in this case. The human cast of the show is very racially diverse, and the Muppets are in such tight community with them, that it would be forced and artificial to insist that the Muppets must default to being white. I’d be surprised to learn that children internalise them that way. But introduce a conspicuously black or Asian Muppet and you give room for default whiteness to emerge. All the other Muppets suddenly seem whiter to me now. 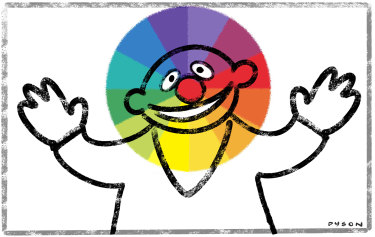 But suppose I’m wrong. Suppose that Muppets have been racialised all along and that the normal cast has therefore been a crisis of representation for years. That only makes the introduction of minority-race Muppets an extremely fraught exercise. Sesame Street first tried in 1970 with a black Muppet named Roosevelt Franklin, and the result was hardly a triumph. Roosevelt released a soul-funk album, spoke positively about Africa, and spoke a version of black English. Then, black publications variously accused Roosevelt of offering “a gross misrepresentation of black language” and “a chaos of ‘darky’ accents and racist stereotypes”.

To transpose the dilemma onto Ji-Young, exactly how Asian do you make her? Do you design her with clear Asian facial features? At some undefinable point, that descends into caricature, and looks like a racist cartoon. Or do you blend away those features? Sesame Street seems to have opted for the latter. To my eye, Ji-Young looks like any other Muppet, only with a more natural skin tone. If you’d shown me a picture of her without context, I’d never have guessed she was meant to be Korean.

All of which invites a criticism of its own. I can write the radical critique that will probably turn up on Twitter at some point, now: “Wow. Thanks for whitewashing Ji-Young’s Asian-ness, Sesame Street.” “I suppose the only acceptable face for a Korean Muppet is indistinguishable from a white one”. “Hey, I’m Ji-Young! I love Korean food but don’t worry, I like doing the same stuff as everyone else and look reassuringly like you, so you don’t need to be scared”. “This is colourism at best, and straight up racism at worst”. And so on.

The point of Muppets like Tamir and Ji-Young therefore cannot be representation. You either believe Muppets don’t have a race, in which case they should not be required to represent one, or you believe they do and design a Muppet that inevitably falls into the kind of misrepresentation a real human character has a better chance of avoiding. So I do take some heart in the fact that Sesame Street’s intention is to not use these Muppets merely as vehicles of representation, but as a means of broaching issues of racism directly. But was there no other way to do that? Did the lessons have to be placed in the hands of a Muppet? And do they have to be so blunt and literal as to require overtly racialised ones? I respect the show’s makers enough to temper my doubts, even if I can’t deny them. Certainly, I hope they have it right and my concerns are misplaced, because I’d hate to think that in this process they might damage something so magically delicate.