Deck the halls with Disney! Superfans show off their VERY elaborate trees adorned with princesses and Toy Story figures – with Mickey Mouse knocking the angel off the top spot

Now that December is here, Disney superfans have wasted no time taking to Instagram to show off their trees, festooned with plush toys and topped off with their favourite characters.

Some have stuck to a particular theme, such as Habib Asis whose tree is covered in at least two dozen Donald and Daffy Duck toys with gold, blue and red baubles representing the famous bird’s signature colours.

Meanwhile, Disney blogger Ruby Jones, 24, from Dudley, West Midlands made hers more of a tribute, adoring her tree with everything from Mickey and Minnie Mouse toys to a Tiana doll, with Eeyore taking pride of place on top. 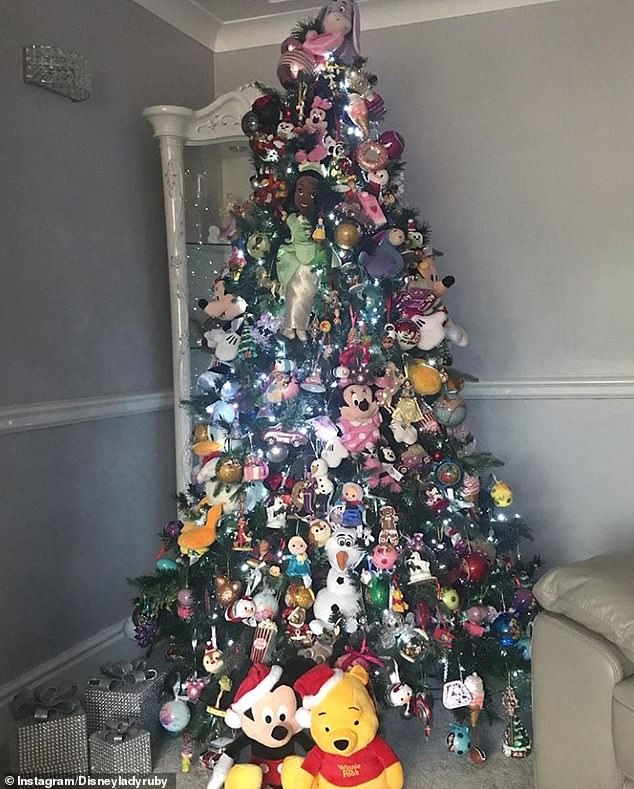 Blogger Ruby Jones, 24, from Dudley, West Midlands turned her Christmas tree into a tribute to all things Disney, including Olaf the snowman from Frozen, Mickey and Minnie Mouse, Tiana from the Frog Princess – and Eeyore ousting the fairy from price of place 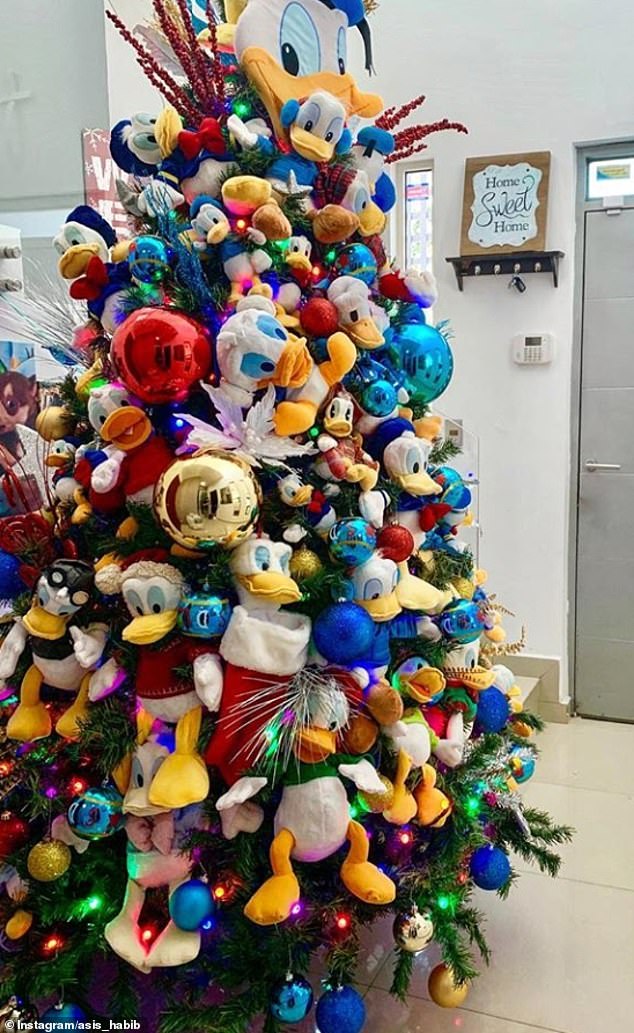 What a quacking tree! Asis Habib from Mexico festooned his tree to reflect a love of all things Donald Duck, with blue, gold and red baubles to reflect the character’s signature colours 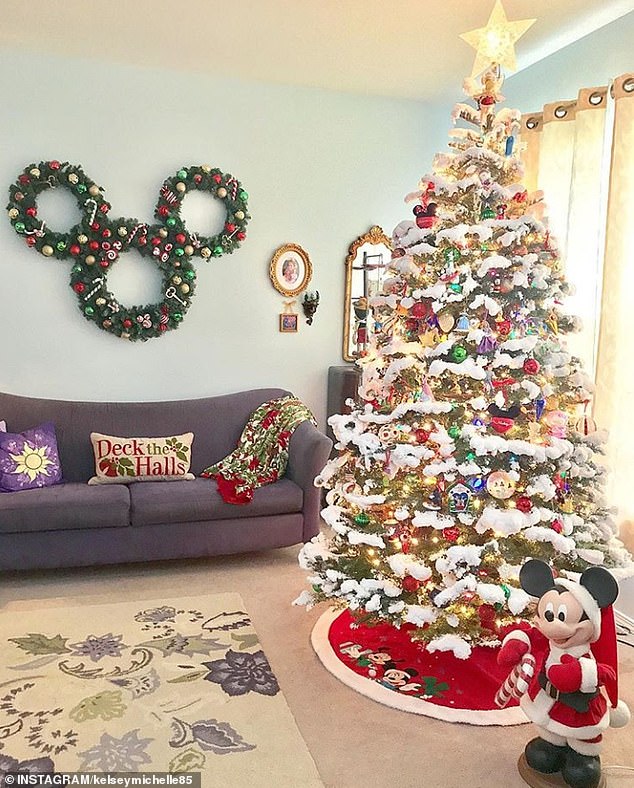 Kelsey Michelle from California went all out with a Disney tree and a giant Mickey wreath on the wall, not to mention a Santa statue 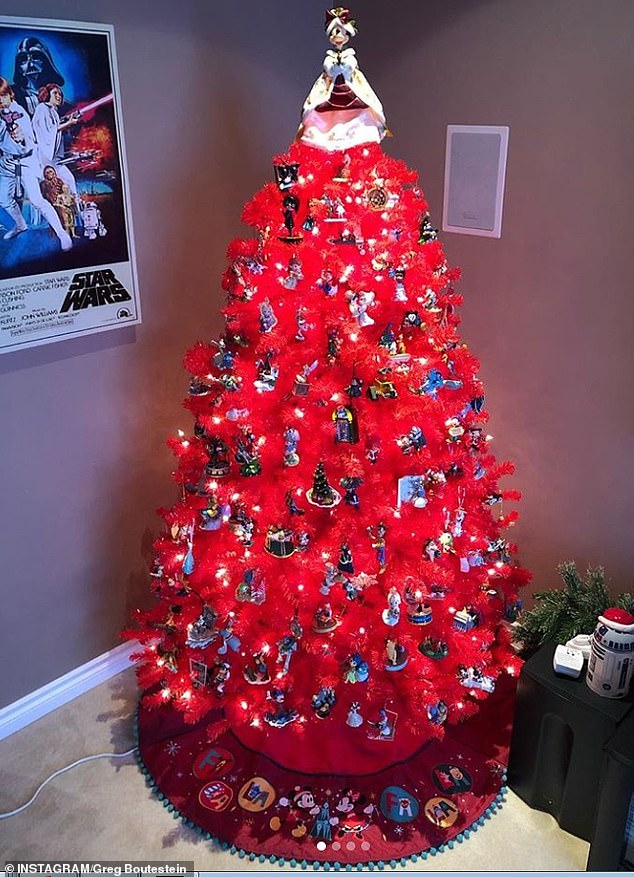 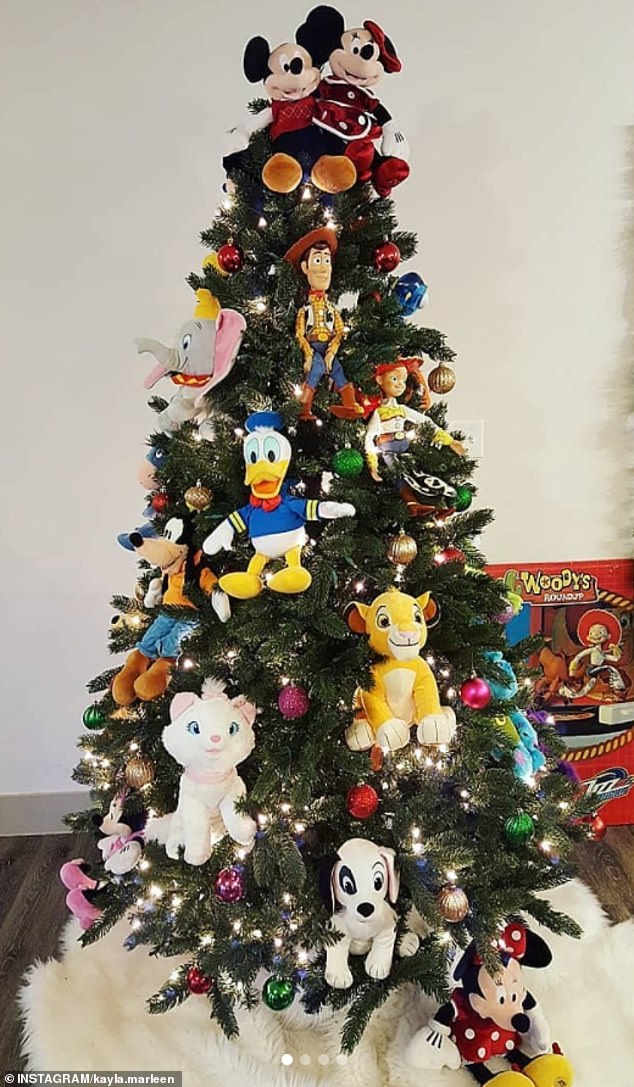 Walt a lovely tree! Kayla Marleen from Texas showed off her love for The Lion King, 101 Dalmatians, Dumbo, Toy Story and Aristocrats 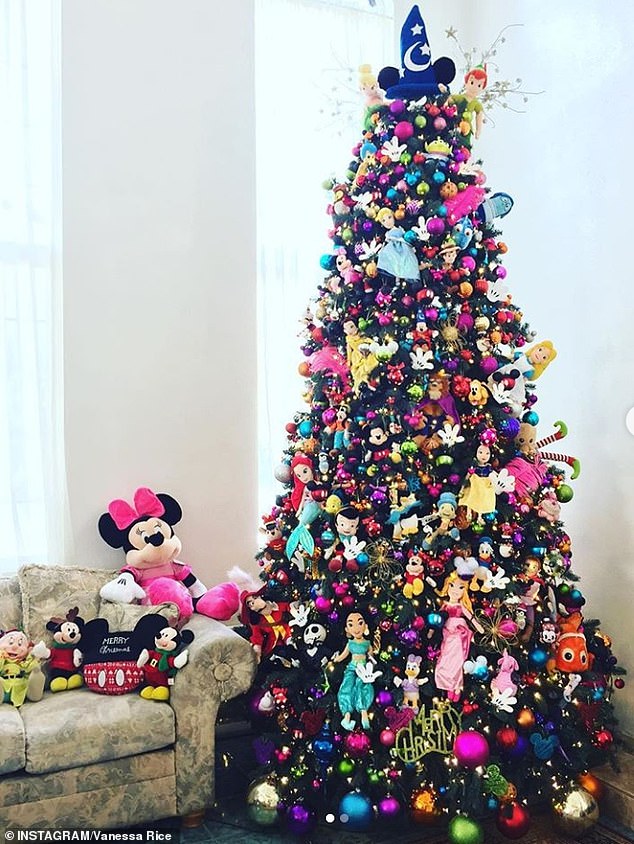 Pretty princesses! Vanessa Rice adorned her tree with an array of popular characters including Belle, Cinderella, Snow White and Ariel 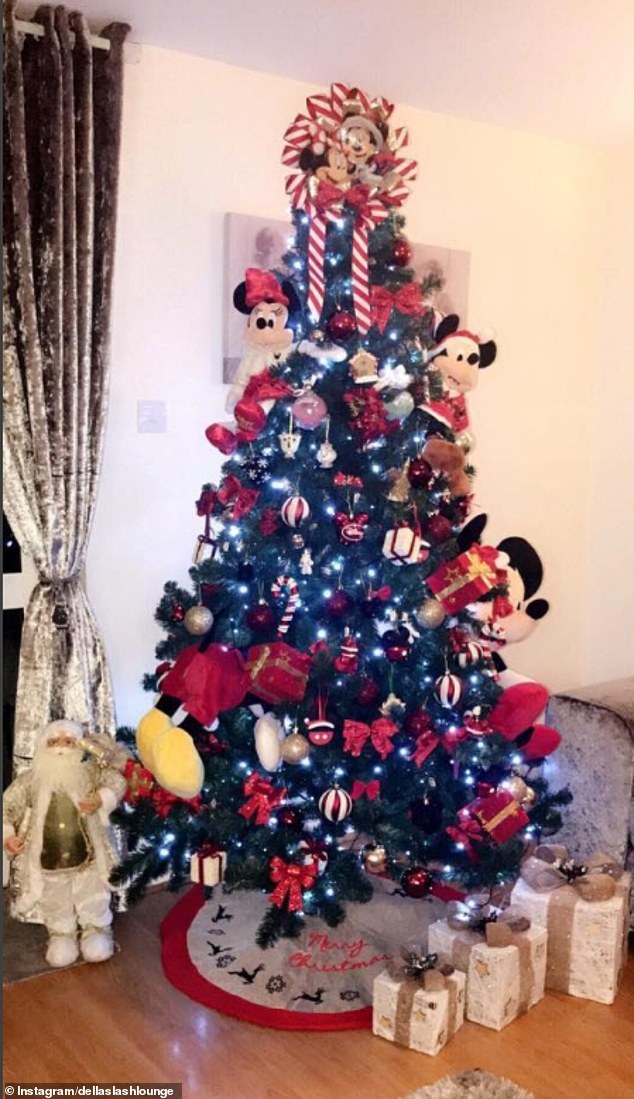 British Disney fanatic Della opted for a red and white Mickey and Minnie theme for her Christmas tree, even making the topper herself 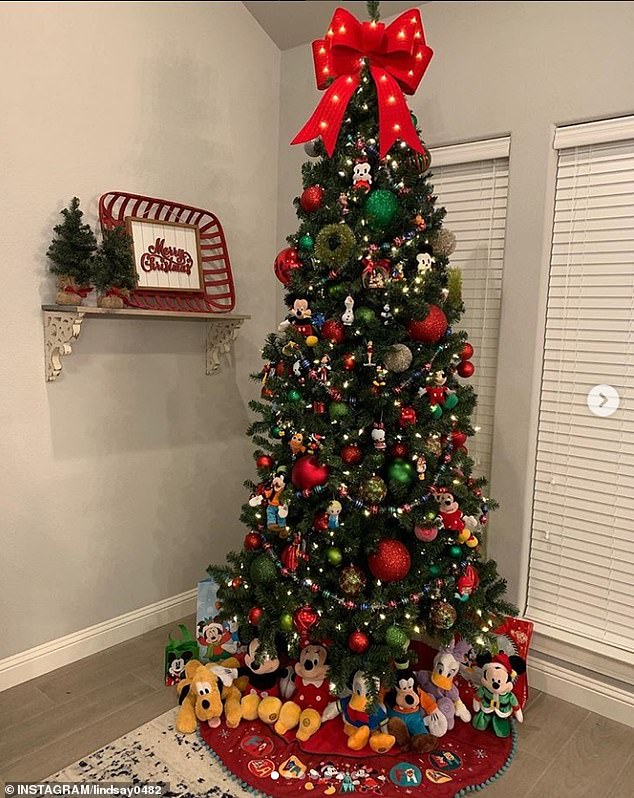 Nothing goofy about this tree! Disney baubles weren’t enough, so Lindsay popped a line-up of her favourite characters under the festive branches 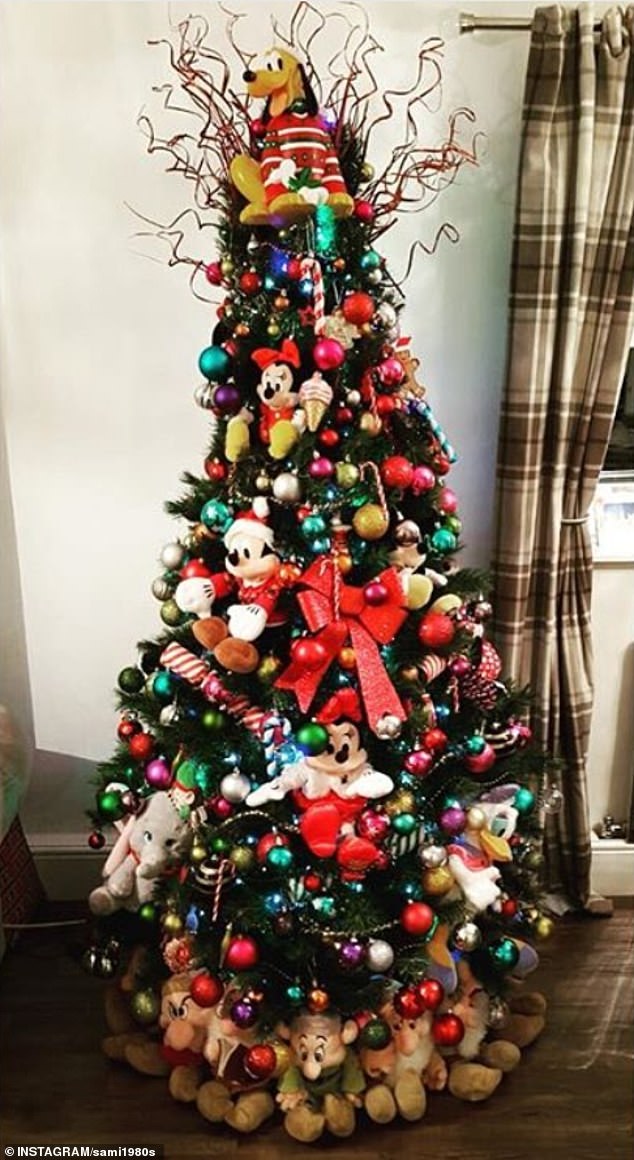 Hi ho! The seven dwarves got a prime spot under the Christmas tree while Goofy took the top spot in Sami’s home in Doncaster 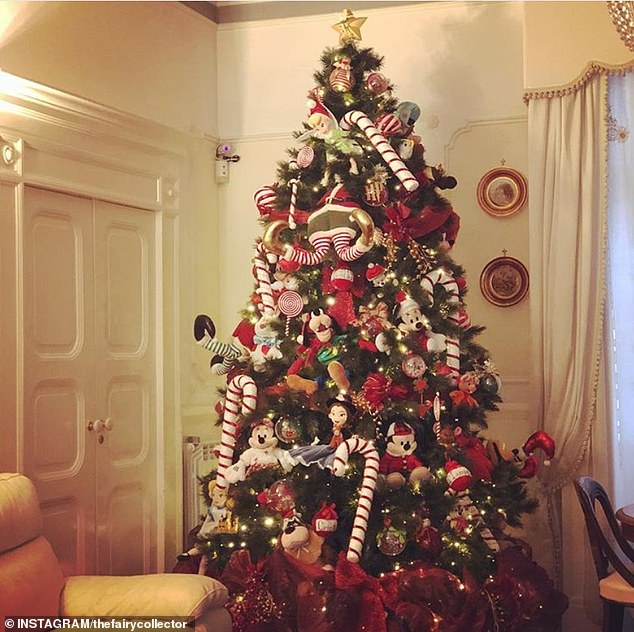 Blogger thefairycollector made their house look especially festive with Tinkerbell, Alice in Wonderland and Mickey Mouse among the candy canes and baubles