The movie is coming from 500 Days of Summer director Marc Webb.

On Tuesday, Deadline confirmed Rachel Zegler, star of the upcoming “West Side Story” film adaptation from Steven Spielberg, will play the titular character

“West Side Story” actually marks Zegler’s acting debut, after beating out 30,000 other young women for the role of Maria while just a high school student. Disney got a look at early footage from the film, which its also releasing, and was reportedly blown away by what they saw and clinched her casting.

“Rachel’s extraordinary vocal abilities are just the beginning of her gifts. Her strength, intelligence and optimism will become an integral part of rediscovering the joy in this classic Disney fairytale,” director Marc Webb (“500 Days of Summer,” “The Amazing Spider-Man” movies) said in a statement.

In addition to the original soundtrack, “La la Land” and “Dear Evan Hansen” duo Benj Pasek and Justin Paul are writing new songs for the film. 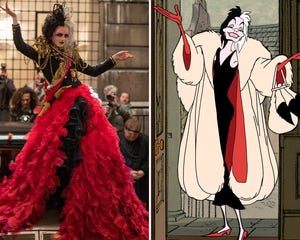 Snow White is only the latest in a long line of animated films being readapted as live action features over the last decade, including “Maleficent,” “Cinderella,” “The Jungle Book,” Beauty and the Beast,” “Dumbo,” “Aladdin,” “The Lion King” and “Cruella,” an origin story for the villain of “101 Dalmatians.”

Zegler shared her excitement for the project on social media after her casting was confirmed, retweeting a post from 2017 in which she said “I wanna be a real disney princess.” She added, “I HAVE MANIFESTED MY ENTIRE LIFE I THINK I THINK” and shared photos of her with the character at one of the Disney parks.

The actress was also cast in “Shazam! Fury of the Gods” — not a bad way to start your resume!