But company CEO Scott Fischer says the suit is nothing more than a money grab — and suggested former gal pal Amanda Brown is holding his white Chihuahua hostage til she gets what she wants, according to court papers.

Brown was apparently the first to fire a legal salvo in the ex-lovers’ messy legal battle, alleging that the tasty-cryogenics king would threaten to withhold money from her unless she gave him X-rated snaps — and that he then tried to use the pics as "blackmail" to keep her in line, court papers claim.

"F–k you, you are not a good person,’’ Fischer wrote Brown on Jan. 14, according to the suit she filed against him in Oklahoma, where he lives.

"I just sent you the pics by text that I’m about to send out. You will see what my revenge will do,’’ Fischer allegedly raged.

"On the same date, Fischer delivered to Amanda a communication including several private sexual images of herself and further reading, ‘Sent everyone this … told you. … I’ll make sure I hurt you in every way I can,’’ says her suit, filed June 9.

The frozen-treat millionaire even sent the explicit pics to "perhaps the most traumatizing audience imaginable — Amanda’s mother," the documents claim.

"Fischer’s delivery was accompanied by a menacing instruction [to] Amanda’s mother: ‘I’m sending this out tomorrow. Then I’m going to file a petition for [the dog],’" the papers say.

Fischer’s lawyers have fought to have the "outlandish" case sealed, saying it contains "unnecessary inflammatory, and hyperbolic allegations" and is simply an attempt to "extort" their client, according to separate court papers and TMZ.

"When Defendant ended the relationship, Plaintiff absconded with a car owned by Defendant, as well as Defendant’s dog, and moved to Tennessee," Fischer’s lawyers say in legal documents. 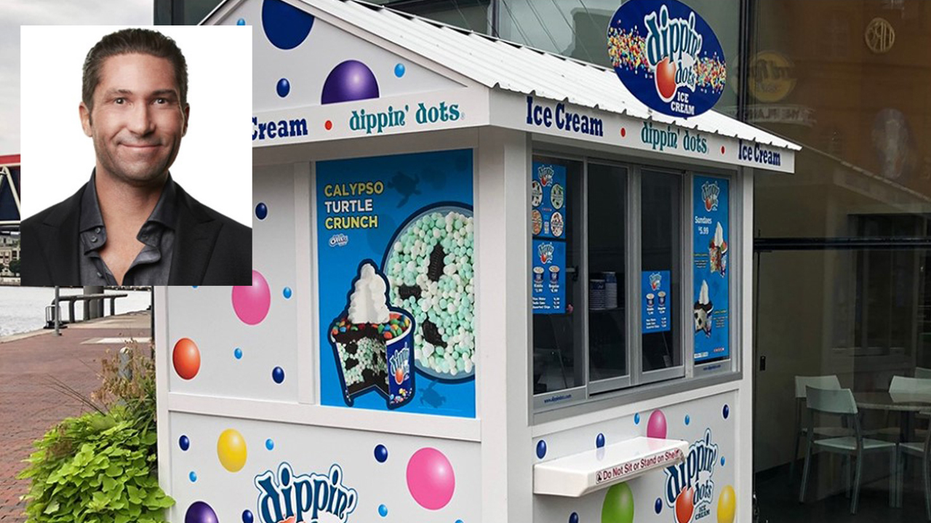 CEO Scott Fischer says the suit is nothing more than a money grab.

Fischer sued Brown in Tennessee in April "seeking return of the car and dog," but she "has been avoiding service of the lawsuit," he claims in court papers. Meanwhile, "the car has been reported to authorities as embezzled from Defendant."

The ice-cream magnate — who once appeared on the TV show "Undercover Boss" — says in the document that Brown’s camp at one point suggested "that if Defendant did not pay a large amount of money to Plaintiff, they would make the allegations in the Petition public causing Defendant embarrassment which he should want to avoid."

But his lawyers told TMZ, "This inflammatory lawsuit brought forth by Ms. Brown is nothing more than an attempt to extort Mr. Fischer after he ended their relationship.

"It is unfortunate that she has stooped to the level of attacking my client through an outlandish lawsuit, covering up her illegal actions.

"Mr. Fischer is disappointed this has become a legal matter despite his efforts to bring about a respectful resolution. He is ready to put the matter behind him and move forward," his lawyers said.

Brown, a "traveling nurse’’ who now lives in Tennessee, says the pair began a two-year relationship in early 2019 — and adds that Fischer, an Oklahoma resident, acted like a drunken lout through much of it, court papers show.

She claims in her suit that she has suffered "emotional and verbal abuse’’ and is seeking unspecified damages.