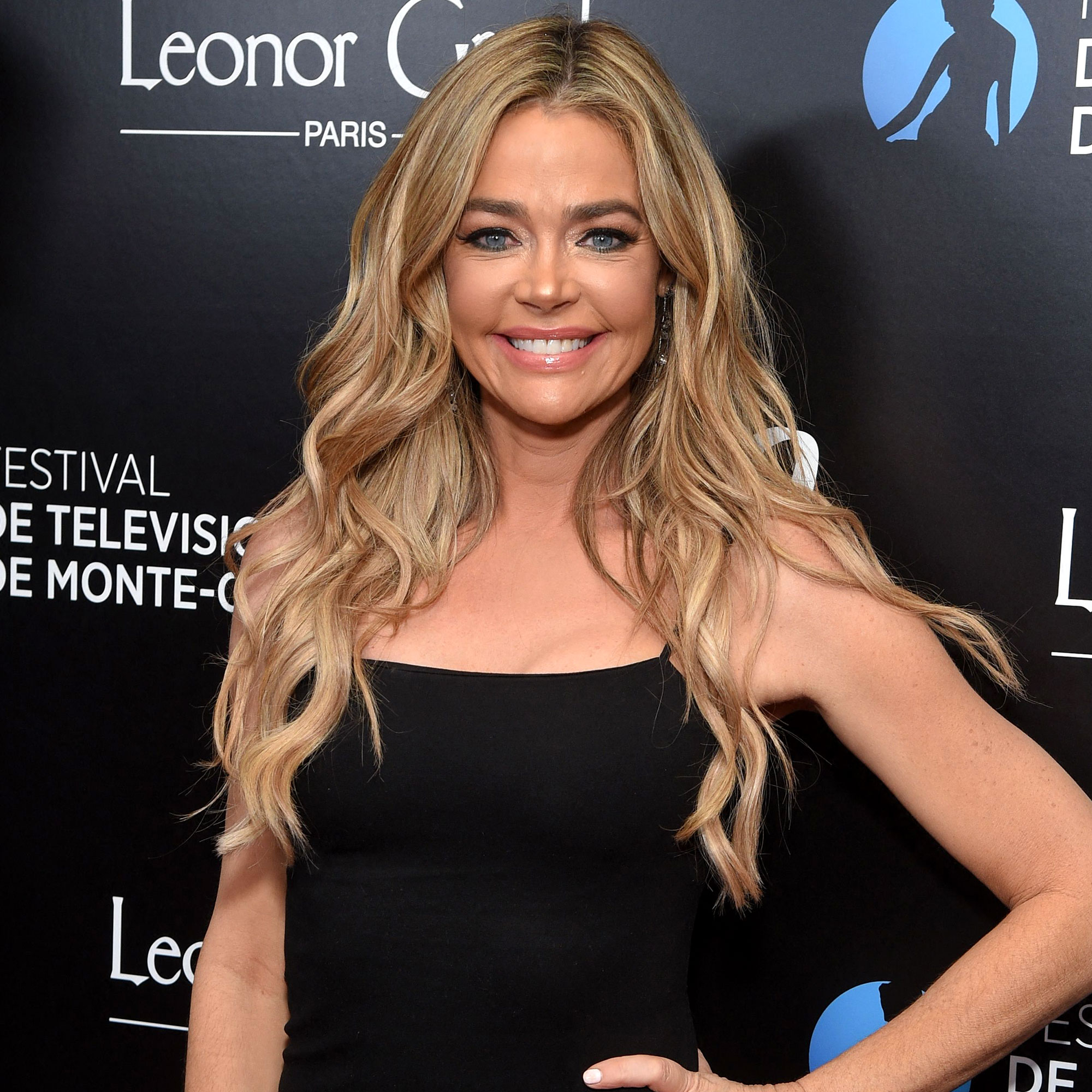 Explaining her process. Denise Richards revealed that her husband, Aaron Phypers, helps her take photos for her OnlyFans account.

“Aaron takes a lot of my content for me. He knows what guys like,” Richards, 51, said during a Thursday, September 1, appearance on Sirius XM’s Jeff Lewis Live. “I ask him, I show him things, and say, ‘What do you think?’”

The Real Housewives of Beverly Hills alum announced that she’d joined the content subscription service as a creator in June, just days after her 18-year-old daughter, Sam Sheen, did the same. On Thursday, the Wild Things actress told Jeff Lewis just how much she shares on the platform.

“I do bikini, I do lingerie, I do stuff that is sexier ’cause I also think, ‘Why not?’ if I’m able to do stuff outside of some of the more conservative stuff that’s on my Instagram. I do show my boobies, my tush,” she explained. “They’re already out there if you Google them.”

Richards added that she was “shocked” to discover how much money she was able to make from OnlyFans.

“I did it to support my daughter, being a mom who is an actress who has done stuff, and I just thought it was empowering too as a woman … to take control,” she said. “You own all of the content and [on] a lot of the other platforms, you don’t own the content. So, it’s nice to be able to control it.”

The Illinois native shares two children with her ex-husband, Charlie Sheen — daughters Sam and Lola, 17 — whom she divorced in 2006 after four years of marriage. Denise adopted a third daughter, Eloise Richards, as a single parent in 2011. She married Phypers, 49, in 2017 and announced that the California native would become Eloise’s adoptive father in 2019.

Charlie Sheen and Denise Richards’ Ups and Downs Through the Years

Despite Richards’ unwavering support of her 18-year-old’s decision to join the NSFW site, the World Is Not Enough actress’ ex-husband, 56, didn’t initially approve when he learned his oldest daughter had joined OnlyFans.

“She is 18 years old now and living with her mother. This did not occur under my roof,” the Two and a Half Men alum told Us Weekly in a June statement.

He continued: “I do not condone this but since I’m unable to prevent it, I urged her to keep it classy, creative and not sacrifice her integrity.”

Denise told Us in a statement of her own, “Sami is 18, and this decision wasn’t based on whose house she lives in. All I can do as a parent is guide her and trust her judgment, but she makes her own choices.”

OnlyFans Salaries: How Much Do Celebrities Get Paid?

Later that month, Sheen walked back his earlier statements. “Denise has illuminated a variety of salient points, that in my haste, I overlooked and dismissed,” he exclusively told Us. “Now more than ever, it’s essential that Sami have a united parental front to rely upon as she embarks on this new adventure. From this moment forward, she’ll have it abundantly.”