On a healing journey. Delilah Belle Hamlin is opening up about her years-long health struggles after previously suffering an accidental overdose.

Hamlin Family Drama Over the Years

Lisa Rinna and Harry Hamlin‘s 24-year-old daughter sparked concern after sharing a photo of an IV drip via her Instagram Story on Tuesday, January 24. She later addressed the setup with a lengthy note to her followers about her ups and downs.

“I haven’t really spoken on my health lately & if you’re new here you’re probably confused but for the past few years I’ve been struggling with autoimmune/chronic illness issues that I’ve been silently battling and overcoming,” the California native wrote in a subsequent Instagram Story. “It’s definitely been tough mentally alongside physically. I’ve kind of kept quiet because I don’t want to be put in a ‘sick’ role.” 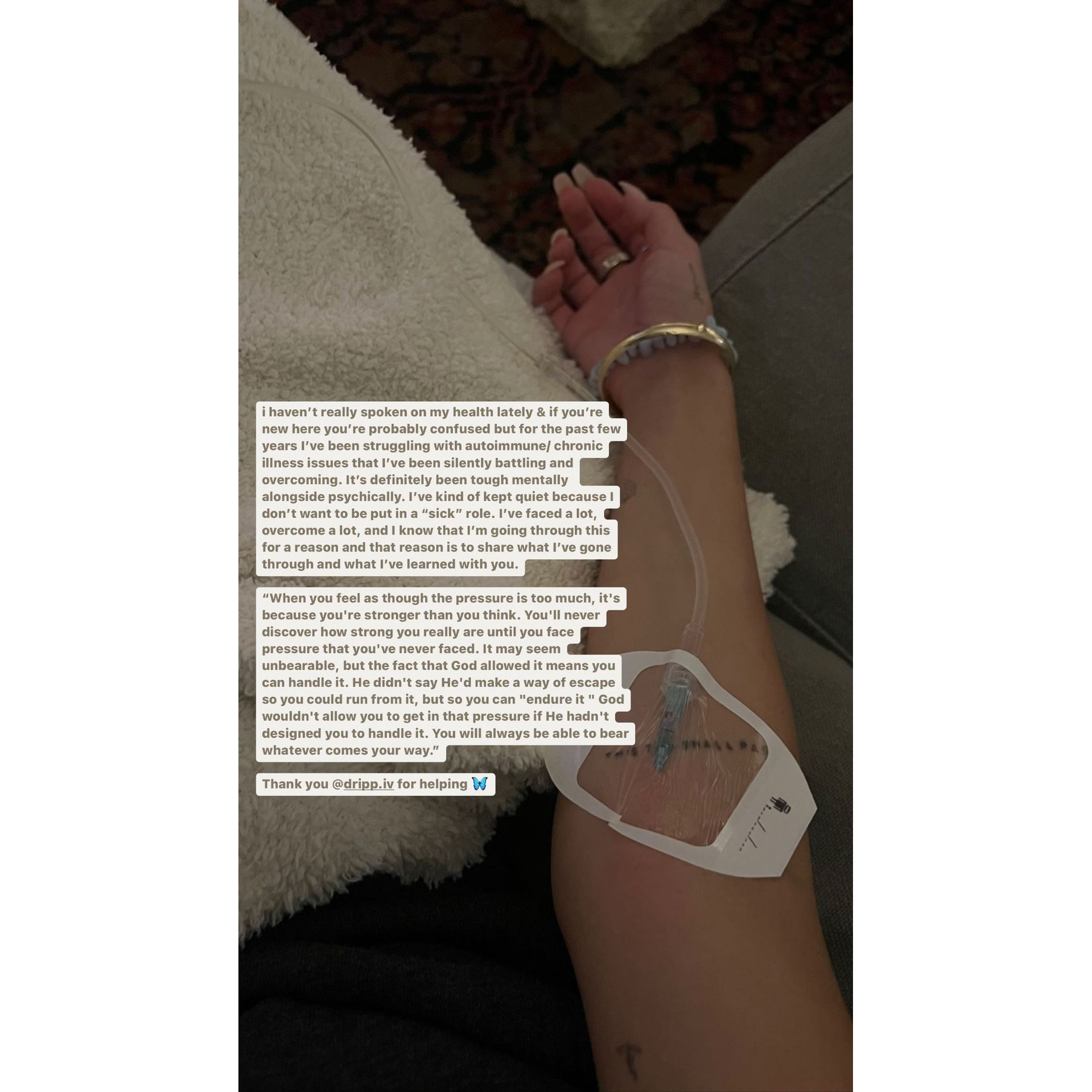 The model continued: “I’ve faced a lot, overcome a lot, and I know that I’m going through this for a reason and that reason is to share what I’ve gone through and what I’ve learned with you.”

In order to view the video, please allow Manage Cookies

Amelia Gray Hamlin‘s sister concluded her post with an inspirational quote. “‘When you feel as though the pressure is too much, it’s because you’re stronger than you think. You’ll never discover how strong you really are until you face pressure that you’ve never faced. It may seem unbearable, but the fact that God allowed it means you can handle it. … You will always be able to bear whatever comes your way,’” the passage read.

‘Real Housewives’ Kids: Then and Now

Delilah previously spoke about her health in a nearly 30-minute video uploaded via Instagram in November 2021. At the time, she revealed that she’s battled Pediatric Autoimmune Neuropsychiatric Disorders Associated with Streptococcal Infections (PANDAS), Epstein-Barr virus and Encephalitis — and confessed to growing “dependent” on Xanax as she tried to find answers about her illnesses. 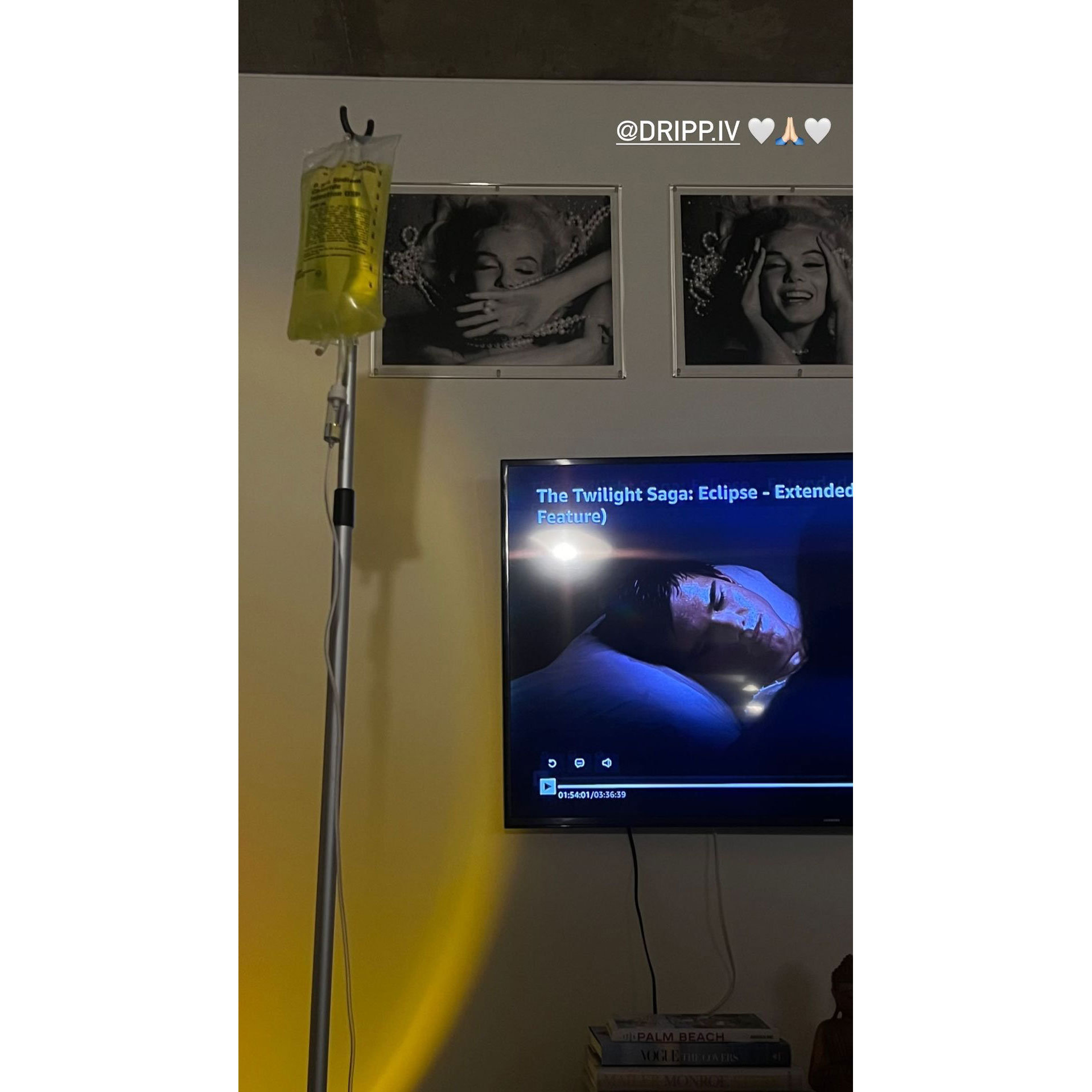 “I started getting really sick, I started feeling like I had the flu. I was getting migraines, I was having panic attacks — it was like my body was in constant ‘fight or flight’ mode. It was horrible. … For the panic attacks, they were so bad that I had to find a psychiatrist,” she recalled. “I found this guy and he … over-prescribed me.”

Delilah went on to reveal that she suffered an accidental overdose. “I didn’t mean to at all,” she said. “I overdosed on this one medication called Propranolol. I took Benadryl with it and, for some reason, I ended up in the hospital.”

While reflecting on her highs and lows, Delilah described her experience as a patient at a treatment center in Arizona — which she clarified was not a rehab clinic. After seemingly being deemed “a medical risk” for her seizures, she was “politely asked to leave after three weeks.” 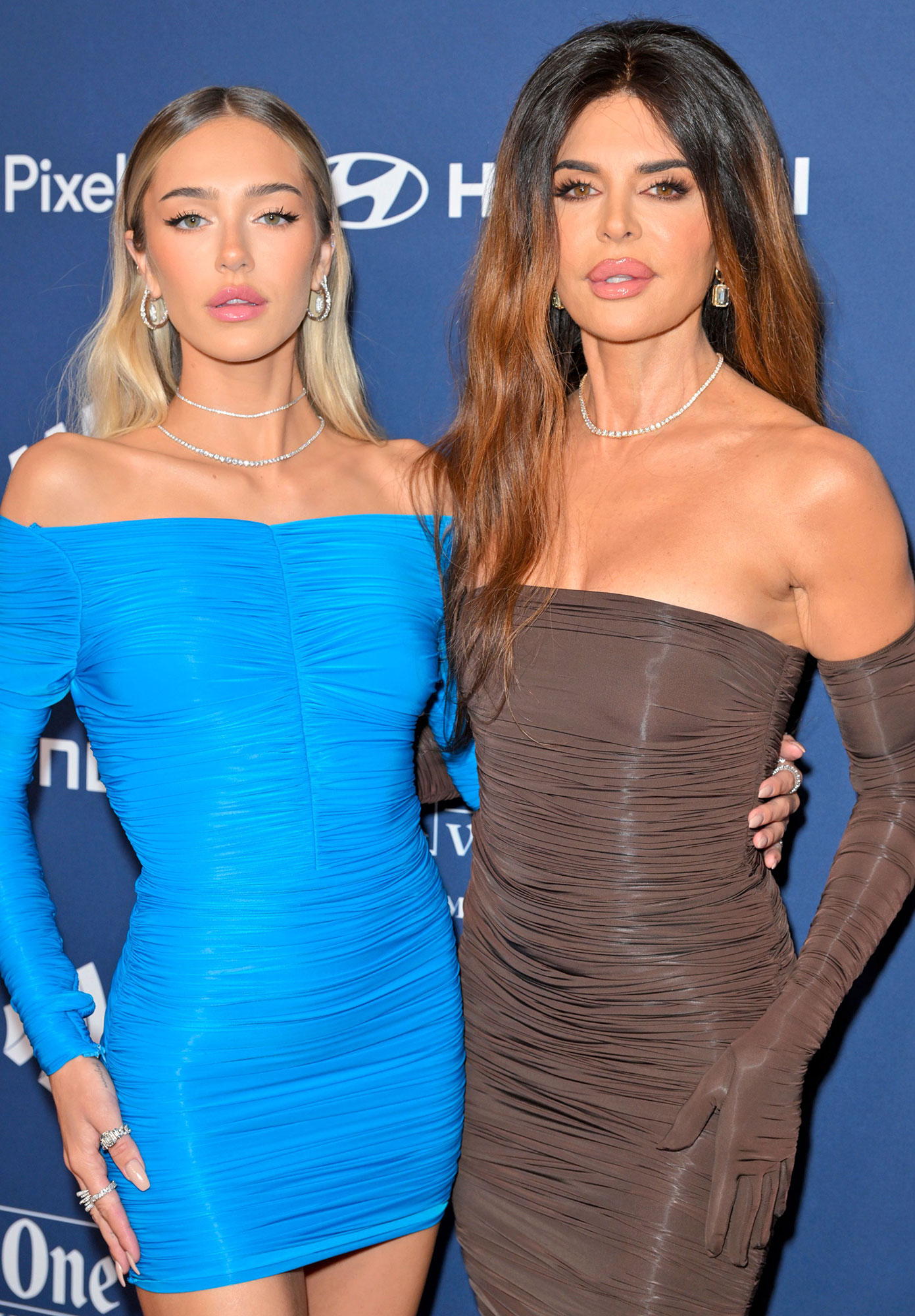 Several months later, the NYU alum got candid about her sobriety amid her health battles. Delilah revealed in a February 2022 Instagram Story that she was six months sober.

Delilah previously sought professional help for depression, revealing in July 2019 that she had been to rehab multiple times. That month, Rinna, 59, praised her “brave and courageous” daughter via her Instagram Story, writing that she was “proud” of her kids.

If you or someone you know is struggling with substance abuse, contact the Substance Abuse and Mental Health Services Administration (SAMHSA) National Helpline at 1-800-662-HELP (4357).