This week's state budget puts a highlighter pen through the difference between the beliefs, management style and policy direction of the two main political parties that try to run the country.

Although Premier Dan Andrews and Treasurer Tim Pallas are delivering a state budget, and Treasurer Josh Frydenberg and Prime Minister Scott Morrison were handling a federal budget, the clear message from Spring Street is “this is what a Labor Government can do”. Anthony Albanese take note!

More than just the economic impact of the two budgets, we see a deliberate differentiation in the core role of government. Also on display are two opposite styles of political leadership.

The Victorian budget places government at the centre of the economy, as an active participant in projects, not just signing cheques. 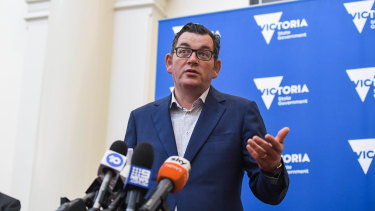 Daniel Andrews and Tim Pallas like to throw money at an issue and then see how it works.Credit:Joe Armao

The federal budget places business at the centre of the economy, with government as the supplier of funds.

The Victorian government is wary of the private sector, happy to partner with it but not entirely trusting the business community to deliver.

The federal government's attitude is the reverse. The coalition do not trust the public sector and turn to the business community whenever and wherever they can.

The Andrews/ Pallas approach is to toss another billion on the barbie and work out later whether it succeeds. They claim there is no choice – growth will eventually solve all the debt problems. In the immortal words of Yes, Minister this is bordering on the heroic.

Just as compelling as the contrast in their attitude to the utility of a budget is the way each leader responds to ministerial scandal. A clearer split you could not have. 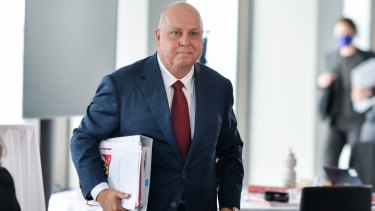 Andrews is now the pre-eminent Premier. With the pandemic suppressed, he survives or fails on the economic rebuild. His authority internally is unchallenged. In NSW, Gladys Berejiklian is weakened by multiple recent mistakes and scandals. With each new stumble there is open speculation whether she will survive. She risks entering into that dark territory where the expectation of her demise becomes a self-fulfilling prophesy.

Andrews has sacked or forced the departure of three ministers in his government in recent months. Morrison refuses to sack any of the half a dozen who richly deserve at least demotion if not actual removal.

The Victorian Premier is strengthened, not weakened, by the dismissal of former health minister Jenny Mikakos. Some commentary shallowly claims that a leader is weakened by losing a minister. The opposite is true. By removing the health, finance and local government ministers, the Premier reinforced to the public and his parliamentary colleagues that standards do matter. He has signalled to the rest of the ministry that lapses in judgment will not be tolerated. 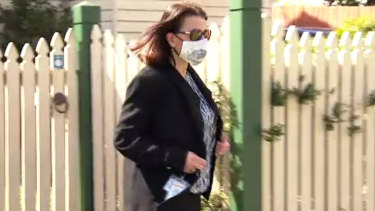 Morrison refuses to hold anyone accountable for anything. Robodebt, the Western Sydney Airport land scam, the aged care disasters, the forged documents about the Sydney lord mayor’s travel budget, water allocations and other accumulating scandals – not too strong a word – makes the Prime Minister not just look weak but it unsettles the entire government. Stuart Robert, Alan Tudge, Angus Taylor, Paul Fletcher, Michaelia Cash, Richard Colbeck… A government with so many walking wounded is fundamentally weakened.

I am tempted to embark on some pop psychology. Does Scott Morrison fear the backlash? Does he not want to weather the storm that inevitably follows telling a friend or colleague to go? Is it a sign of insecurity that he cannot cut loose those whose behaviour would have had John Howard wielding the fountain pen? 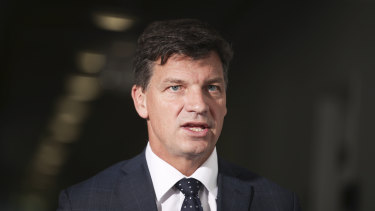 The Prime Minister has stood by minister Angus Taylor despite serious questions about his performance.Credit:Alex Ellinghausen

Does Morrison understand the institutional rot and collective frailty this blind loyalty creates? Does he confuse bluster for competence? Why has he not censured or punished miscreants? The offences have been felonies not misdemeanours.

In Victoria, the decision by Andrews to sack Mikakos – a friend and factional colleague – showed an inner strength and ruthlessness to protect the government. Darwinian as it was, the message to all is clear – perform or go. Morrison clearly has an inner mongrel, and a reputation for being a tough taskmaster, but the voters instead see only a stubborn refusal to hold anyone to account. Is this explained because he has a majority of just one on the floor of the House. One sacked minister resigning in anger brings down this accidental PM. Or is he looking over his shoulder at Peter Dutton and his impatient rump of supporters?

More is at stake than any individual career. Leaders come and go – ask Donald Trump. The institutions must stay resilient and withstand the passing parade of mostly forgettable political players. By refusing to hold Ministers to account, Morrison weakens those institutions he claims to protect. Commitment to values is more important than commitment to individuals, even friends. By squibbing what is required, the PM risks becoming delegitimised.