Dad-of-two, 43, shares how he lost 15kg WITHOUT exercising or giving up chocolate – and the diet changes that helped him ‘shred’

An Australian father-of-two who weighed 83kg has shared how he managed to shred 15kg over 18 months without excluding chocolate from his diet.

Adrian Falk, 43, noticed the weight piling on as his metabolism was slowing down towards his 40th birthday in 2018.

Not being one for intense exercise or strict dieting, Adrian told FEMAIL he started researching suitable alternatives and spoke to a nutritionist for expert advice.

‘Over the years I tried most things – from counting calories to dieting apps to prepared frozen diet meals – but the trouble was I was always hungry and would binge eat at night,’ he said.

The Sydney publicist then created a high protein meal plan to significantly reduced his carbohydrate and sugar intake, but didn’t sacrifice chocolate. 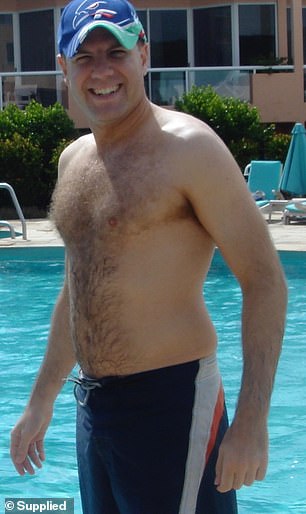 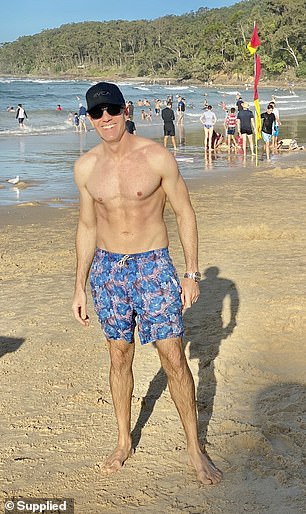 Adrian Falk, 43, noticed the weight piling on as his metabolism was slowing down towards his 40th birthday in 2018. To lose the extra kilograms, he created a high protein meal plan but didn’t sacrifice chocolate 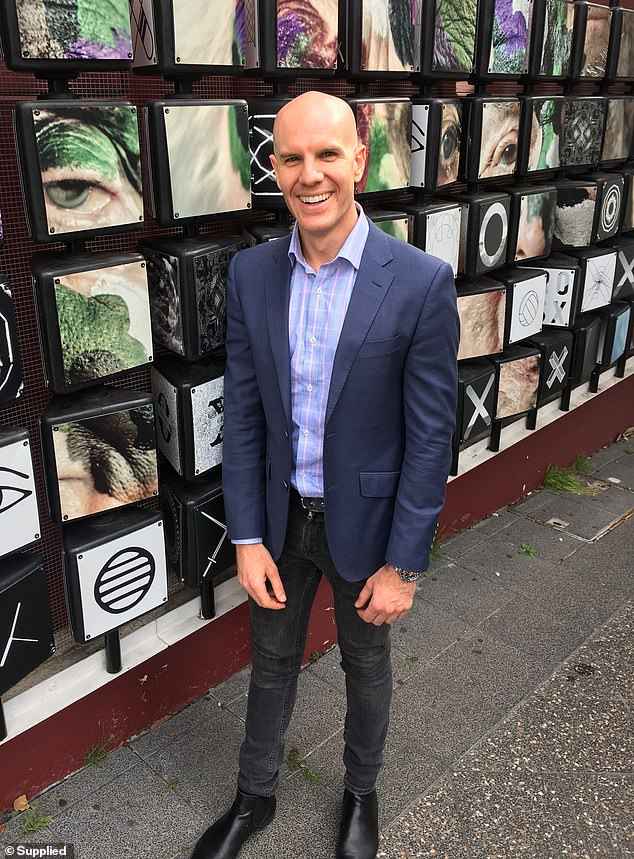 Prior to the losing the weight, Adrian would consume considerably ‘healthy’ foods that contained hidden sugars and carbohydrates – such as muesli for breakfast and sushi.

He would also indulge in a chocolate cake after dinner or a chocolate bar during the day, which he didn’t want to sacrifice.

Adrian also admitted he has never been a sporty person but simply preferred light cardio and weight sessions.

‘I’ve never been a gym-goer and wasn’t significantly overweight; looking back I realised I wasn’t happy with the way I look and felt insecure about my body,’ he said.

Adrian’s new ‘day on a plate’ then consisted of protein shakes, tuna salads, grilled chicken and vegetables but he still enjoyed snacking on small amounts of chocolate most days.

‘Rather than giving up something you enjoy eating, which could lead to a binge, I’ve found it’s best to still enjoy sweets in small amounts,’ he said.

As he started losing the weight, more people kept asking what his ‘secret’ was.

‘Whenever people would ask me how I did it, I would take a piece of paper and write out what I eat daily with many surprised that I snuck in a few sweet treats,’ he said.

This ultimately led to the development of his ‘Chocolate Cleanse’ range of high protein, low carb and sugar products paired with a seven-day program designed to help others lose weight.

Adrian’s ‘Day on a Plate’

Dinner: meat and vegetables with salad

Adrian hopes others aren’t discouraged by age and says you can ‘truly turn back the clock’ by eating healthy food.

‘You really can have chocolate, lose weight and keep your sugar cravings at bay too,’ he said.

By losing 15kg he has also noticed his skin is clearer, he’s less bloated and his eyes look less puffy.

‘I can’t believe I’m 44 this year, I still have kept my weight off and have abs!’ he said.