A dad taking a photo of his son on Bonfire Night was accidentally ‘photobombed’ – by a man proposing to his girlfriend.

Christian Moore, 47, was trying to snap his lad Rowan but unknowingly took a frame of stranger Robert McMahon, 34, down on one knee.

The group had been attending a fireworks display on Saturday at Lydiard Park in Swindon, Wiltshire.

Christian managed to track them down by posting the image on Facebook group ‘Swindon Community Notice Board’. 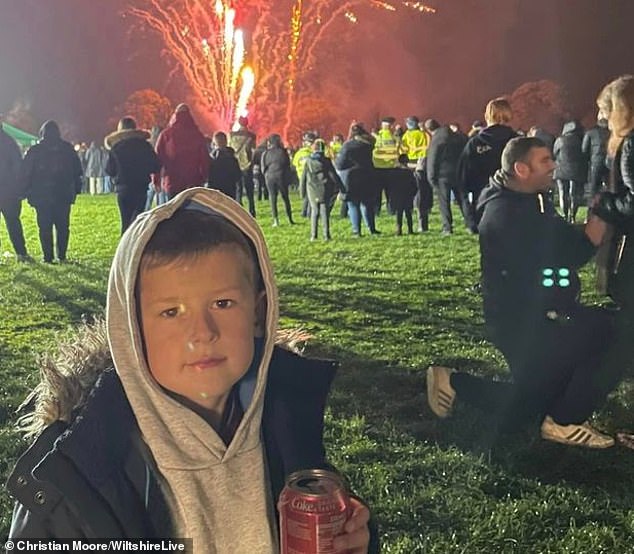 Christian Moore, 47, was trying to snap his lad Rowan on Bonfire Night in Lydia Park, Swindon,  but unknowingly took a frame of stranger Robert McMahon, 34, down on one knee, proposing to his his 24-year-old girlfriend Kaija Louise Mitchell-Bawden 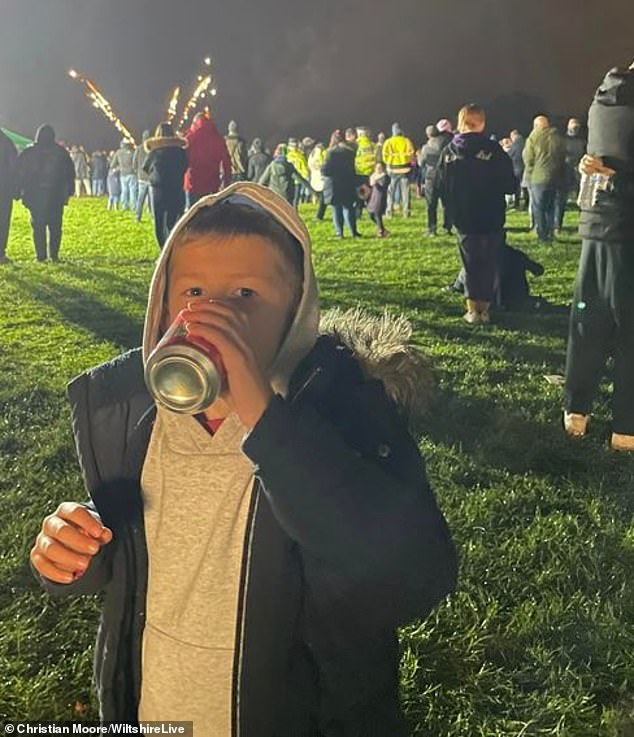 After realised he had captured a proposal, Christian managed to track the couple down to share the snap with them online

He congratulated the pair, saying: ‘By the look of the cuddle in the second pic it went ok’.

The post quickly racked up nearly 1,000 likes while commenters tried to identify the happy couple.

Kaija says was given the shock of her life when now-fiancé Robert got down on one knee.

She said: ‘It was just a bit of a shock really waking up this morning and seeing it all over Facebook, I just didn’t expect it. 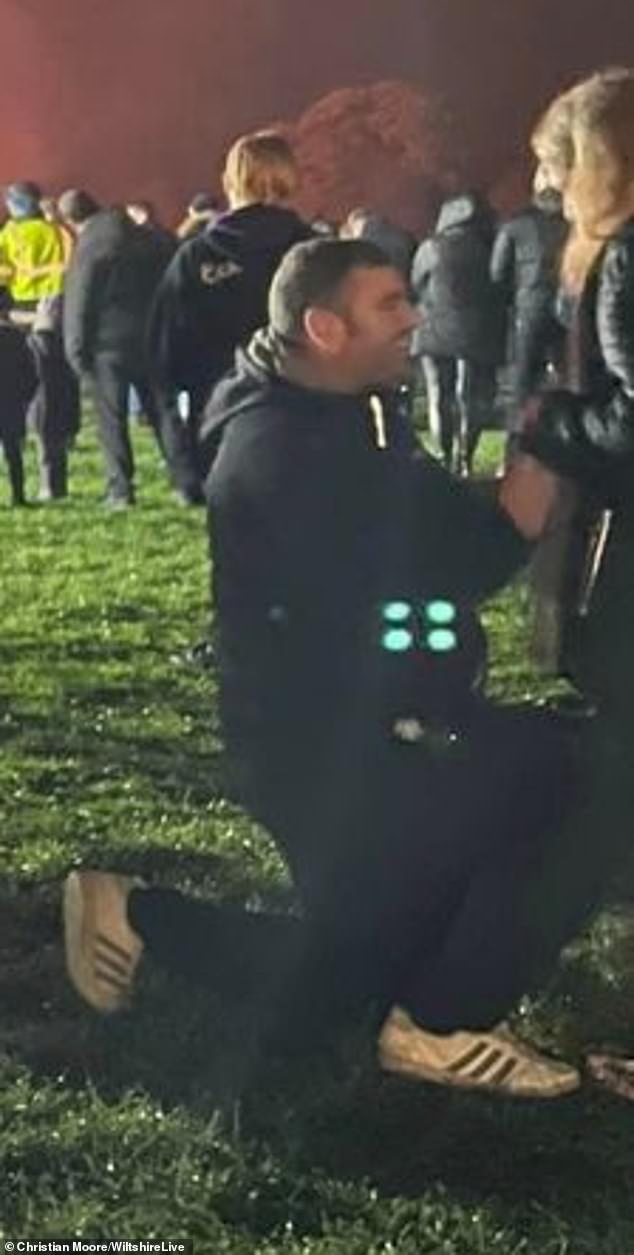 ‘I was laughing because I was nervous but I really couldn’t be happier.

‘It’s lovely seeing so many people congratulating us, it is one of the happiest moments of my life and I didn’t think there were any photos of it. So, it’s just really lovely.’

Despite having only been together for four months, Robert added that he was thrilled Kaija said yes, adding: ‘When you know, you know.’

People were quick to congratulate the pair online, with one local resident posting: ‘That’s lovely, hope the couple are found memories like this are cherished so much.’

While another poster added: ‘That’s so lovely! Made me chuckle a bit too because if she had said no, it would’ve been too noisy for anyone else to hear it! Well played sir!’