A COUPLE who were in "sickening" debt and spending £1,300 on food a month were shown a series of nifty tricks to save them over £1,000.

Matt and Neil, who are parents to five-year-old son Thomas, racked up around £9,000 of credit card debt during the Covid crisis last year. 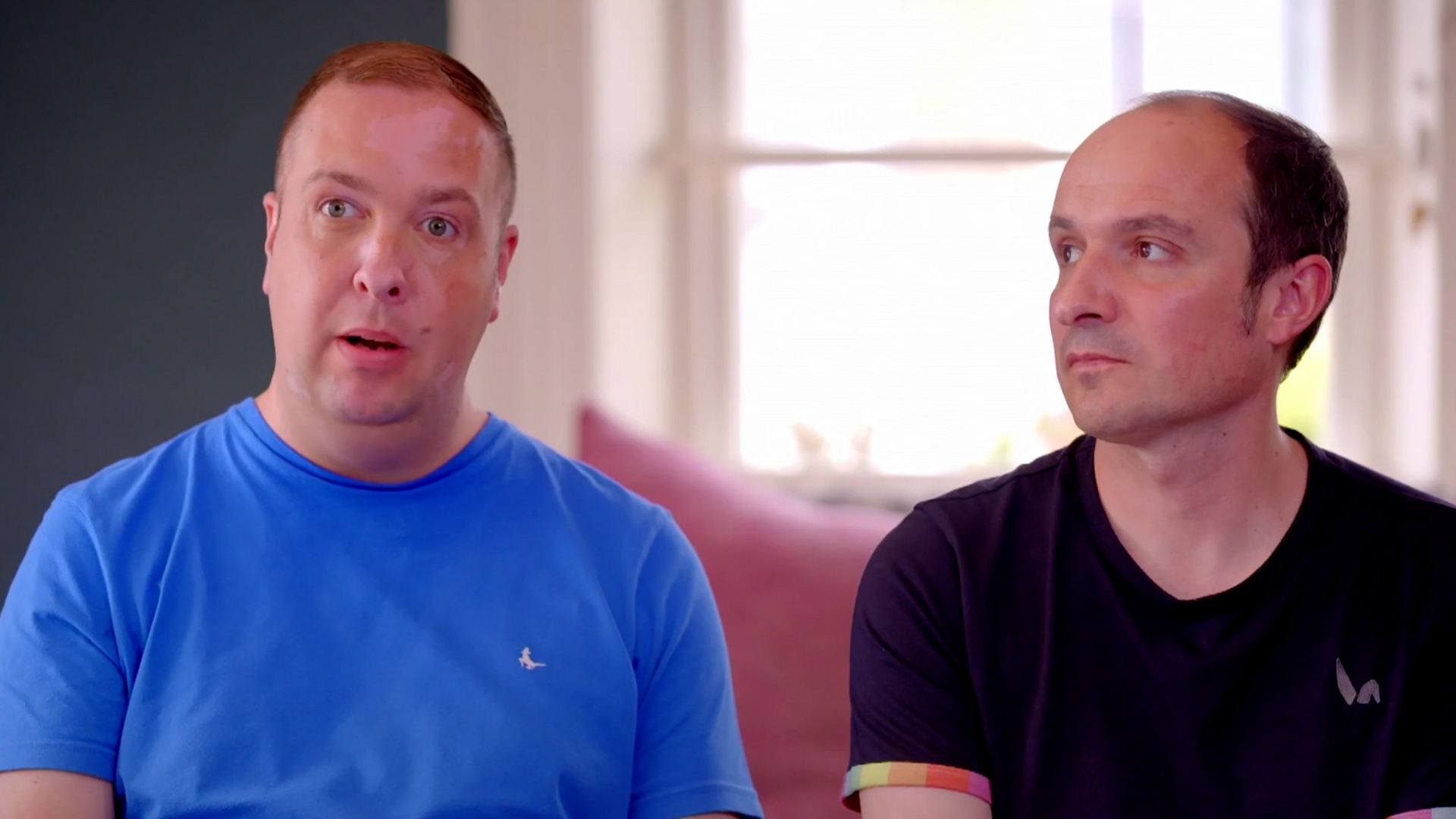 Featuring in the latest episode of Channel 4's How to Save a Grand in 24 Hours, the couple said their finances were hit further when Neil lost his job at a local restaurant.

They discovered they were paying £1,800 a year on interest repayments on their debts – and wanted to pay this off quicker to save thousands.

The main thing the couple were spending big on each month was their grocery bill.

They would often opt for pricey takeaways – even though they already had food in the fridge – and buy extra food at the shops when they didn't need to.

As a result, their food bill for the month would hit a mammoth £1,300 per month, £320 of which went towards takeaways.

The hosts of the show showed the couple a series of simple money saving hack, which in total, has put £1,117 back into their pockets per month.

The couple were told to drastically cut down the number of times they were taking a trip to the shops.

They were both visiting the supermarket nearly 30 times per month, splashing cash each time on food.

But after slashing this down to just eight trips, Matt and Neil managed to save a whopping £662.50 a month.

Cutting down on their food bill helped the couple make this big saving too.

Their fridge was stacked full of meat, but by planning their meals, they now manage to make one packet of meat stretch to three meals.

They also slashed their takeaway bill by roughly £100, down from £320 to £223, by cutting down on the number of times they were ordering.

The couple also slashed their outgoings even further by cutting out impulse buys on unnecessary items.

Matt had racked up £420 in one month, with the last thing he bought being a flamingo outfit for his birthday party.

By limiting the amount they were spending on treats to just two purchases, the couple saved £226.

Plus, they also cancelled a streaming service subscription they no longer needed, saving them just under a fiver a month.

Channel 4's How to Save a Grand in 24 Hours airs on Mondays at 8pm.

Matt and Neil aren't the only ones to tackle their debt using money saving hacks.

The Sun spoke to Leia Winch, who had racked up £15,000 of debt, on how she cleared it all by hunting for yellow sticker bargains and using shopping apps.

Another savvy saver revealed how she saved £8,500 in six months by keeping to a strict budget, including switching to cheaper supermarkets like Aldi and Lidl to keep to her goals.

Here's 20 money saving hacks that could make you hundreds of pounds richer.

For more guides, we've rounded up eight Martin Lewis money-saving tips that could save you £9,243.

Here is a mammoth 50 ways to save money including best apps.