It’s been 15 years since Corbin Bleu and Monique Coleman first worked together on ‘HSM.’ HL spoke EXCLUSIVELY with the pair about ‘A Christmas Dance Reunion’ and how it’s a ‘meta moment’ for ‘HSM’ fans.

High School Musical fans are getting the ultimate holiday treat in A Christmas Dance Reunion, which premieres December 3 on Lifetime. Corbin Bleu and Monique Coleman are working together once again, over a decade after the last High School Musical movie. This time around, Corbin and Monique play Barrett and Lucy, who cross paths when Lucy returns home and a romance between them starts to build. They end up reigniting their love of dancing together over the holidays.

HollywoodLife spoke EXCLUSIVELY with the pair about their High School Musical reunion and how fans of Taylor and Chad get to finally see a “full-fledged romance.” Corbin and Monique also discussed the unconventional way they had to learn to dance for this movie and how they do not want to wait near as long to work together again. Read our Q&A below. 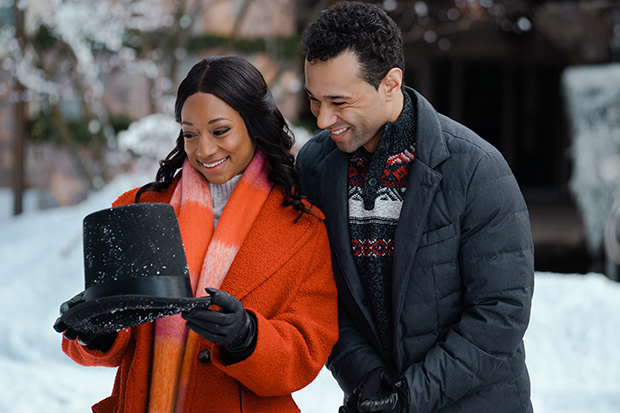 First and foremost, why did it take you guys so long to work together again like this?
Corbin Bleu: I’ve got to be honest. I feel like it is a little bit serendipitous that it has been this long because we maintained our friendship this entire process. But coming back to work together in this capacity was a bit of an eye-opener as to how well we do work together. Not that it’s a surprise. I know Monique and her work ethic, and I know what she’s capable of, but I knew it was going to be an amazing experience. I think it really was a little bit lost by me just how wonderful of a partner she and now we want to do a lot more together.

Monique Coleman: We definitely over the years thought it would be fun. There was never that kind of impetus to just take that step or take that leap. This has just been such a wonderful moment, and in many ways, it does kind of mirror the film in the sense where Lucy and Barrett hadn’t seen each other. It’s a little different, but they hadn’t been together since they were teenagers, like 15 years or something. It’s very similar in this instance where it’s been 13 years since we got to dance together and do a film. Once that sort of passion was reignited, we were like, whoa, this is very natural.

Was this film a coincidence or were you both approached for the movie because of your history together? How did that all come about?
Corbin Bleu: I think that they did have the both of us in mind. Although I was attached first, and I did not know that they had the two of us in mind. Until one morning, my wife and I are still in bed, and we got a text message from Mo basically saying, “Can’t wait to start doing the movie with you guys.” That was just the realization of what was already an exciting project to be a part of just became a completely different type of excitement. Now all of a sudden what we had here was a really special and magical moment that was about to occur.

Monique Coleman: Brian [Herzlinger], our director, he had mentioned at one point to me that it was during the Disney Family Sing-Along, which I believe happened in April of last year during COVID and they were in development. He said he just saw the dynamic between us and the friendship and that was the spark for the idea of: what about them together? It was something that I don’t think any of us really could have understood how truly magical it was going to be, but apparently, the idea was there pretty early on. 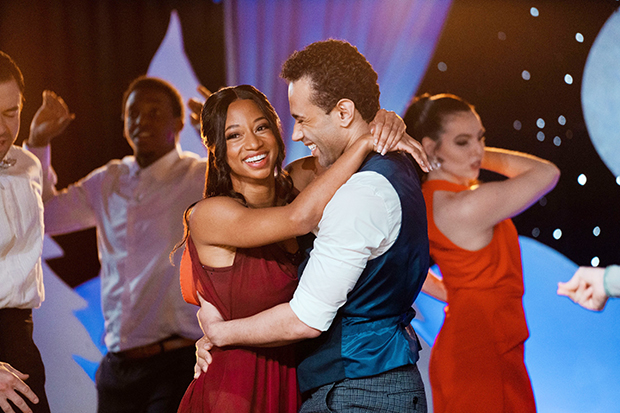 After working a handful of years before, what was it like for both of you to work and dance together and reignite that effortless chemistry that you guys have always had?
Corbin Bleu: Effortless is the word. It’s just so easy. That’s what you hope for. Of course, everything is work. You want to put in your best work, and you want to bring a lot to the table. But at the same time, the less resistance you can get the better. The fact that it was us, and we do have already this relationship and history and chemistry, we really are close. Monique has been in my very small circle of friends over the last 15 years. I think to be able to have an onscreen love interest, one we’ve already had onscreen as a romantic relationship, and then to be able to continue that and just know that we trust each other the way we do, not only from the onscreen relationship but also partnering and working together. Knowing that we have each other’s back even during this entire press process and speaking about the movie. It’s just such a wonderful thing to be able to do together and bounce off of each other, and we’ve really found that we do have each other’s backs. I know if ever there’s a time that I falter that she’s there to pick up the slack and vice versa.

There’s a lot of dancing in the trailer. Is there a final dance number? What was it like breaking out the moves again?
Monique Coleman: You know there is. That was such a fun part of it. First of all, we were coming off of the pandemic, so I had to put the cookie down and spend the two weeks that we were in quarantine getting my body ready to be in this position. I hadn’t danced in quite a long time, so there was definitely a bit of just curve of endurance and strength that had to be regained and also flexibility. From the first day in quarantine on, I really just had to start getting into a bit of a routine. And then Christian Vincent, who is our choreographer, very quickly started sending us videos of dancing and started working with us in zoom rehearsal sessions. I’ve never had an experience like that where we were having to learn to dance and learn partner dances over the computer because we weren’t able to be with each other. That was a very unique experience leading up to it. And then when we got in that first rehearsal, I just was completely geeking out at the fact that we were doing this again. I think Corbin can speak to what it was like actually filming the dances because that was also a very unique experience.

Corbin Bleu: First of all, it’s a very difficult concept, in general, to put dance on film because you are dealing with something that’s permanent, and you want to capture that moment. It’s not even just the scene when you’re dealing with choreography. There are so many moving parts. In our particular scenario, we did have several hurdles being that we have to partner dance, and we’re not together for the first large chunk of it because we’re having to do it over zoom. I think we had two or three days of actual in-person rehearsals and then the shooting process. I compare it to High School Musical where we had one to two days per dance number. In A Christmas Dance Reunion, we had two days in total. So we shot the entire latter half but that whole final chunk of dances in one day, and then the rest of them were shot in another day. So to pull all that off, and for it to turn out the way it did is really a testament to the people involved. I’m not just talking about Monique and me, but all of our other dancers that were involved, Christian Vincent, our choreographer, Brian, our director, and everyone involved bringing that together. Again, you can talk about the path of least resistance. In that scenario, there could be a lot of resistance, and I think it’s the people that we had that really allowed us to work. 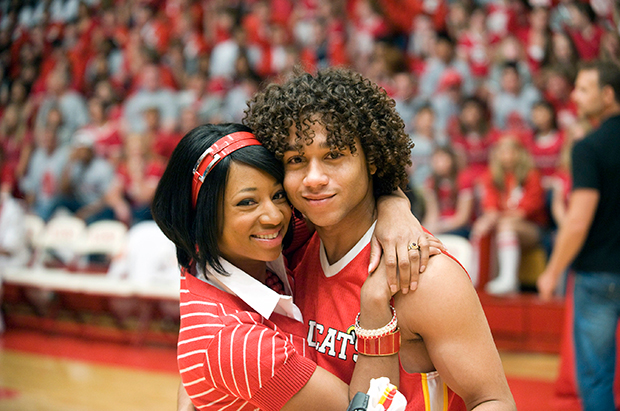 Fans know you both as Taylor and Chad. What do you love about Lucy and Barrett’s burgeoning love story in the film?
Corbin Bleu: I think there’s going to be a sense of fulfillment for people to see Monique and me again onscreen. Even though we are different characters, and we’re not playing Taylor and Chad, I feel like those who have followed Taylor and Chad didn’t get to see that relationship come to full blossom. This is a little bit of a meta moment where they get to see a full-fledged romance between the two of us. But as far as Lucy and Barrett, I think it’s such a wonderful representation of time gone by and how you can rekindle a relationship or romance and a passion for dance.

Monique Coleman: I feel like Lucy and Barrett in some ways are a little bit closer to life for Corbin and me than Chad and Taylor. I think that’s kind of what it’s always been. That was not intentional in the writing. They didn’t know what I had gone off and done, but in a way, it was these two people who grew up together and then one of them kept going, and the other one kind of detoured. The Barrett character brought Lucy back to who she’s always been, and in a way, that’s what this movie does with us. Corbin does have an incredible Broadway career and stage career and has continued to dance and thrive in that. I am not a lawyer, but I am an activist, and I have spent a lot of time working in philanthropy. I had a production company, and I did very serious things. These two characters now get to come back together at a place that they love, to do something that they love together, and that feels a lot more true to who we have actually become over the years. I think that’s going to be really neat because people will get to, as Corbin said, there will be the satisfaction of seeing us onscreen together. Initially, I think that will obviously bring the nostalgia of Chad and Taylor, but then they get to witness a totally new story of Lucy and Barrett through that. They get to see peaks and seeds of who we actually are and who we’ve really become over these years. It’s a wonderful kind of layered experience.

With Lifetime, we’ve seen sequels happen with their holiday movies. Are things left open for a possible sequel?
Corbin Bleu: I know we would love for that to happen. Obviously, a sequel for this with Lifetime would be awesome. And then also, Mo and I in general, know that we want to continue working onscreen together again.