Dozens of maths professors and teachers have warned a draft plan to fix the “unambitious” national maths curriculum will make it worse, devaluing basics such as times tables and introducing vague, untested fads.

In an open letter to the national curriculum authority, the mathematicians point out ambiguity, shallowness – there is no mention of key algebraic terms – and errors in the draft, such as asking students to investigate Fibonacci patterns in shells, which “simply do not exist”. 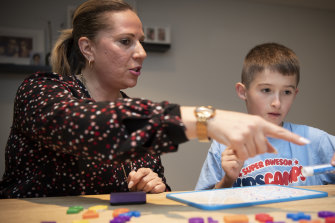 The letter has inflamed disagreement between mathematicians, who say the proposed changes to the curriculum are “confused and confusing”, and some teachers’ groups, who argue they will help students apply maths skills to their real lives.

Australian results in maths have declined further than any country but Finland since the Programme for International Student Assessment (PISA) began global tests in 2003. They are three years behind the top performer Singapore.

Education ministers have pointed to the review of the national maths curriculum as one of the solutions to the problem.

The draft curriculum reforms released by the Australian Curriculum, Assessment and Reporting Authority (ACARA) in April increase the emphasis on problem solving and “mathematising”, which involves interpreting situations mathematically.

The letter, signed by more than 40 people including maths professors from several universities, career mathematicians and teachers, said the existing curriculum was repetitious, unambitious and disconnected but the update was worse.

They said mathematising was “faddish”; the draft contained confusion and errors that a mathematician would have spotted; and that examples of real-life problem solving were unsolvable and of questionable teaching value.

The letter cites the re-badging of geometry as ‘space’ , under which students will focus less on abstract shapes and more on real-world context.

They criticised proposals to delay the teaching of key concepts such as linear equations (ax+b=c) and times tables, which were pushed from year 3 to 4 and were “framed in terms of patterns and strategies, with no emphasis on mastery,” the letter said.

“The further elimination and weakening of fundamental skills will contribute to the root cause of Australian students’ slipping in international comparisons: the students end up knowing less mathematics,” the letter said.

ACARA said the draft has borrowed from the Singapore curriculum. But one of the letter’s signatories, maths teacher and University of NSW PhD candidate Greg Ashman, said students in Singapore learn times tables in year 2 and 3.

He said students in Singapore were expected to become fluent in, or master, their time tables. “We are moving in the opposite direction. There’s been a significant softening of times tables; a similar thing has happened to linear equations, which is the entry point to abstract maths,” he said.

Another signatory, University of NSW Emeritus Professor of Educational Psychology John Sweller, criticised the draft curriculum’s emphasis on inquiry learning, or the teaching philosophy that students learn better if they discover things themselves.

“As far as I’m aware, not a single [study] has indicated that if you work something out for yourself, you’ll remember it any better than if someone tells you,” he said. “Humans have evolved over endless generations to get information from each other.

However, the Australian Association of Mathematics Teachers chief executive Allan Dougan, supports the draft. He said maths knowledge was important, but “then there’s the next step, which is what [students] do with that”.

“It’s about us looking at how we equip our young people to go out and be effective users of maths in the 21st century, how to contribute to scientific research, the economy, to finance, it all requires maths to be used in different ways,” he said.

Fay Ligonis, a former primary school teacher who runs Super Kids Tutoring in Double Bay, supports teaching multiplication as early as possible, starting in kindergarten with language around “groups of” and using concrete materials and games in years 1 and 2.

She champions “talking in kids values” by relating multiplication back to every day events, such as shopping, and multiplying objects they are interested in.

ACARA chief executive David de Carvalho said it was understandable teachers would have different perspectives on the curriculum.

“ACARA welcomes all views and will be carefully considering those contributions that are submitted through the consultation website in fulfilling the terms of reference given to us by Education Ministers,” he said.