If you watch Riverdale, you already know that Bughead pretty much steals the show. As cute as Bughead is on-screen, the IRL couple may be even cuter. And Cole Sprouse and Lili Reinhart’s relationship timeline shows exactly why they’re the not only one of the best Riverdale couples, but one of the best couples period.

It wasn’t that long ago that the two CW stars went official with their relationship, which came after much speculation about their offscreen status. Recently, after they revealed that they are indeed an item, they’ve been more open about discussing their relationship publicly. In a recent interview with Teen Vogue, Reinhart opened up about all of the exciting adventures she’s gone on with Sprouse.

“I like to go on adventures with Cole,” she told the publication, “Truly, adventures. He takes me to places where I’m like, ‘How did you find this?’ He’s made me see these things that I would have never seen otherwise. It’s escapism, which is so beautiful and wonderful.”

But, to pinpoint when all of those adventures began and when "Sprousehart" actually became a thing, one must look into the couple’s relationship timeline.

In March 2017, the pair first sparked dating rumors thanks to a photo that Sprouse posted on Instagram. The actor photographed Reinhart in a field of flowers in the gorgeous snap.

But, the photographer addressed the speculation caused by the photo and told MTV News in April 2017: 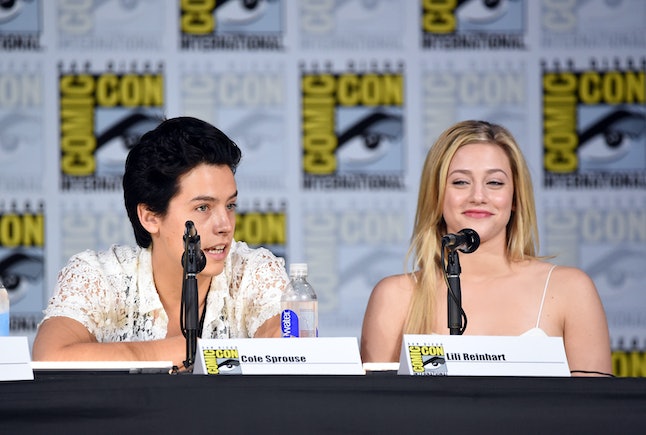 A few months after the initial romance reports, it was reported by E! News that Reinhart and Sprouse were indeed an item. Eyewitnesses told the publication that they "could not keep their hands off of one another" during Comic-Con weekend, which took place in July 2017.

Although, neither of the Riverdale stars had opened up about their relationship publicly at this point. 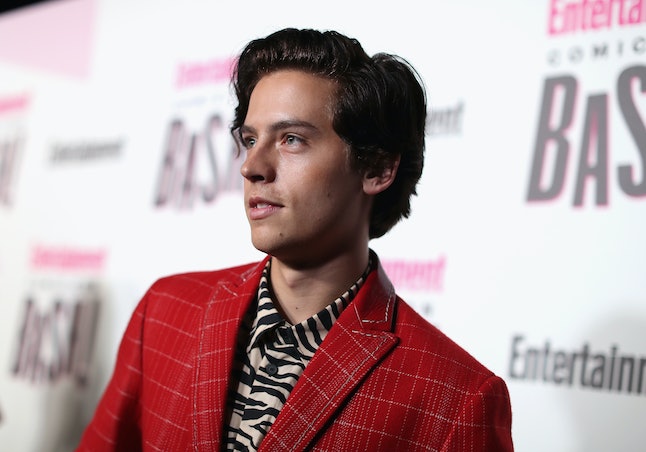 In November 2017, Sprouse revealed that he may never confirm or deny his relationship status, for a very specific reason. "No comment," he told People, when asked about the dating rumors, "Whether you dismiss those rumors or whether you encourage those rumors, it’s giving people who are, in my opinion, a bit entitled to your personal life more power." 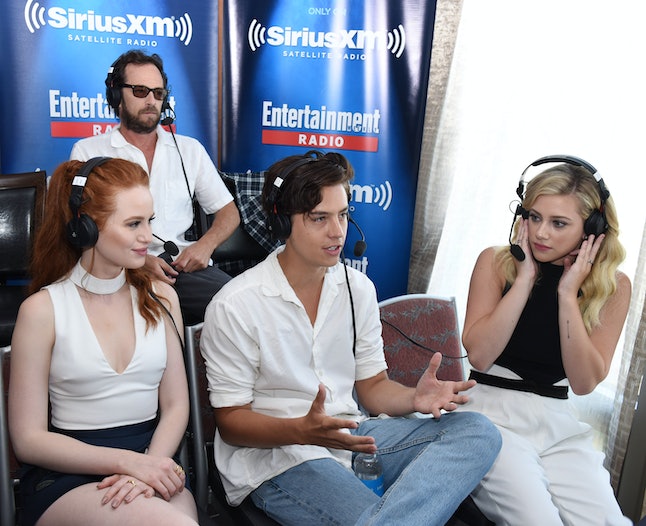 As Us Weekly reported, the couple was spotted locking lips in Paris, France in April 2018. Even though they still did not comment on their relationship status, this was a pretty big moment for Sprousehart shippers everywhere. 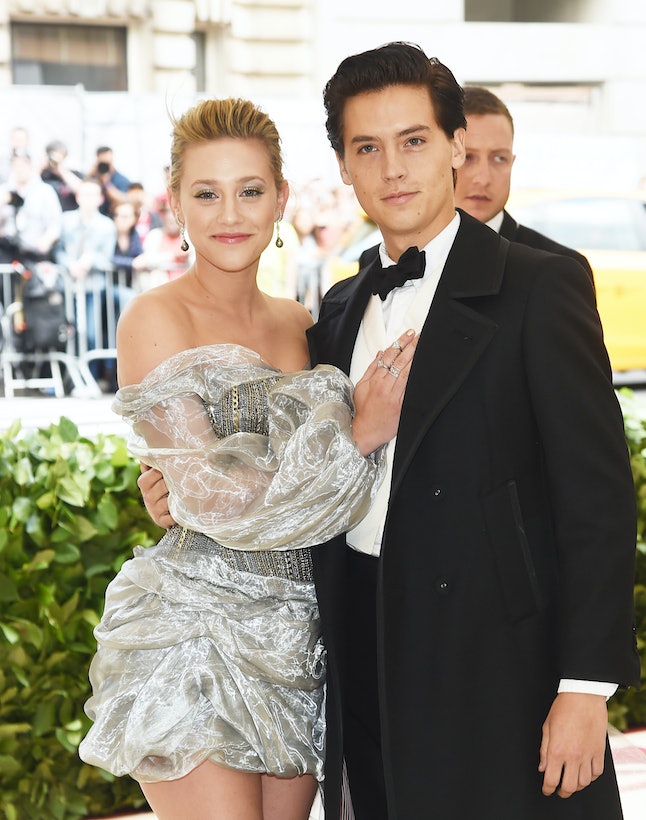 May 2018 marked a major moment for the couple’s relationship when they made things red carpet official at the Met Gala (and looked fabulous while doing so).

Shortly after their Met Gala outing, the couple made yet another major relationship move. On May 31, Sprouse posted the first photo of him and Reinhart together on his Instagram, putting to use his well-established photography skills. However, it was still not an explicit confirmation about their relationship status. 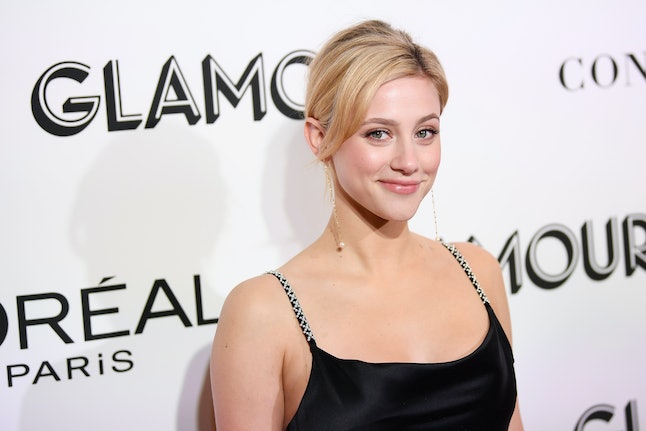 Like Sprouse, Reinhart is also not going to open up about a possible relationship anytime soon. In an interview with Harper’s Bazaar in July 2018, the star related that she’s simply a performer and does not wish to talk about her relationship status. “I’m not okay talking about my relationship,” she told the publication, “I’m not going to tell you my love story. That’s just not appropriate right now.”

Even though both Sprouse and Reinhart mentioned that they would not be commenting on their relationship status, a birthday message for the Judghead portrayer may have confirmed that the pair is an item. Reinhart showed off her own photography skills and posted a photo of her significant other, writing:

Her reference to Sprouse being her "love" was a more than major sign that the two are actually together.

Sprouse reciprocated the birthday "love" in September, as he shared a photo of Reinhart, who posed in front of a mirror without a shirt, and wrote, "Both the birthday and the gift. My little muse, happy birthday my love." Yep, it’s no surprise that fans of the couple were suitably stoked to see these lovely birthday messages.

In November, the couple took another big step together, as Sprouse spent Thanksgiving with Reinhart and her family. According to People, they not only spent time with the fam, but the Riverdale stars also got to hang out with some of the family’s adorable pups. As Reinhart posted on Instagram, in response to a snap of Sprouse and one of her dogs, "This picture makes me so happy." Seriously, it’s almost too much cuteness to handle.

Based on Reinhart and Sprouse’s previous statements, it doesn’t seem like they’ll spill too many details about their relationship anytime soon. So, Sprousehart fans will just have to keep speculating about the IRL Bughead couple.