A cleaning blogger has insisted that vacuum cleaners make the perfect Christmas gift – and claims they’re in high demand this year.

Lynsey Crombie, better known as her alter ego the Queen of Clean who boasts 95K Instagram followers, said she’s had countless messages from husbands asking her which vacuum to buy their wives for Christmas.

Speaking on Good Morning Britain, the 39-year-old argued that high-tech household appliances are now ‘status symbols’, and even seen as more enviable than a fancy car sitting in the drive.

But GMB viewers were in shock listening to her comments, with one saying ‘there would be murder’ if they got a vacuum for Christmas. 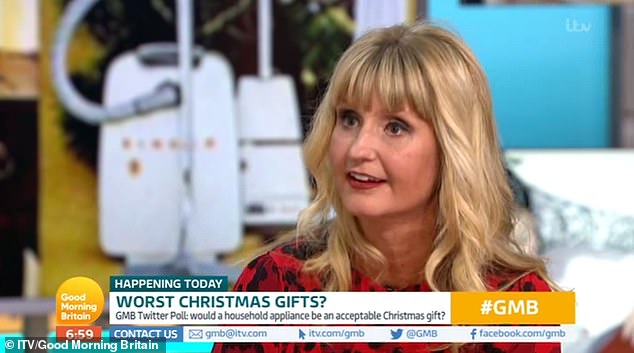 The show was having a debate about bad Christmas presents after a poll revealed that viewers think a vacuum is the worst gift you could receive, but Lynsey, who has shot to fame with her cleaning tips, disagreed.

She said: ‘It’s the perfect Christmas present. Especially with modern day life, we’re all so busy we don’t get to choose the right pieces of equipment for our home so we’ll just grab something quick.

‘You need to think about these purchases, they’re quite high end now. It’s a massive status symbol about what sort of vacuum you have in your kitchen.

‘It’s the dinner party conversation, it’s not about the car on the drive.’

GMB viewers on Twitter were in shock listening to her comments (pictured), with one saying ‘there would be murder’ if they got a vacuum for Christmas

She claimed that she is not alone in this belief as many people are buying them for their spouses this year.

Lynsey continued: ‘I do get excited about a vacuum and so many people do. I am getting messages from husbands at the moment saying ”I want to buy my wife a vacuum for Christmas, what shall I buy her?”.

‘Imagine getting that top vacuum cleaner under your tree, just imagine the smile on your face on Christmas morning.’

Her comments were slammed by Good Morning Britain viewers on Twitter, who said they would hate to unwrap one. 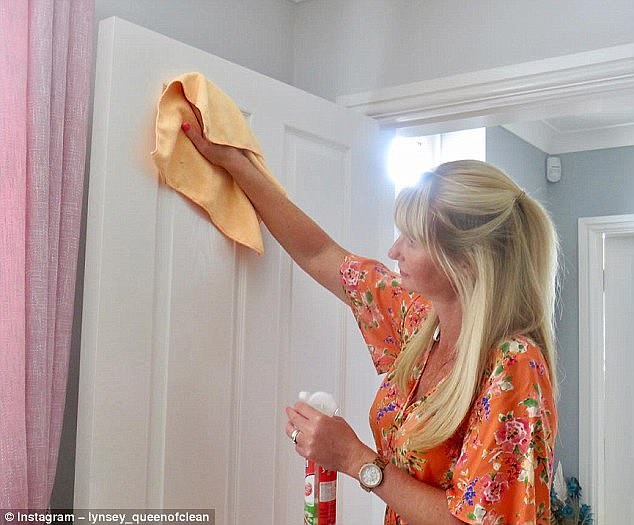 Lysney (pictured) has racked up over 68,000 followers with her cleaning tips on her blog and doesn’t see anything wrong with giving household appliances as Christmas gifts 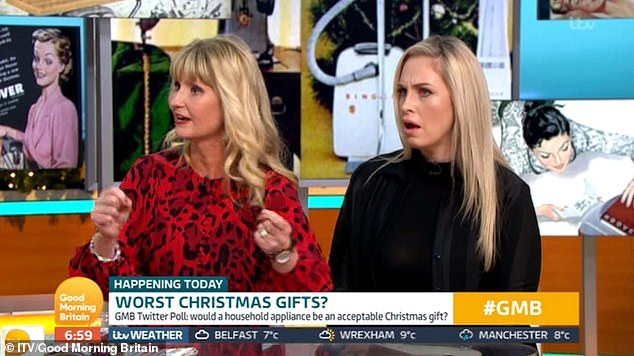 She argued that high-tech household appliances are now ‘status symbols’, even more than what car someone has in the drive. Pictured: Lynsey (left) with Big Brother winner Josie Gibson (right)

One tweeted: ‘The only way I’d accept a vaccumm cleaner as a present would be if my other was planning to use it or it was a self cleaning robotic one. If not I’d Hoover him up with it…..’

‘I received a Hoover as a birthday present… Not impressed,’ another posted.

A third said: ‘OMG is that woman for real who the bloody hell has dinner parties and talks about Hoovers and irons? Get a life duck.’

Ms Crombie was on the show with Big Brother star Josie Gibson, who said she’d be ‘insulted’ if she got a vacuum for Christmas. 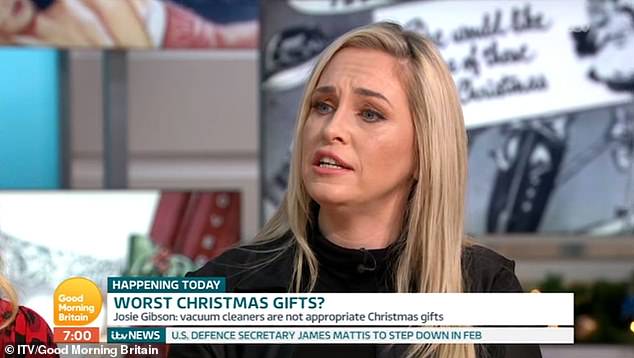 Josie Gibson (pictured), said she’d be ‘insulted’ if she got a vacuum for Christmas and thinks presents should be special

She said: ‘If my chap gave me a hoover for Christmas there’d be two new balls on my Christmas tree that used to belong to him. They call it the dirty work, don’t they? That’s the housework, the dirty work.

‘Buy me an iron, a steam mop, a hoover, you may as well put marigolds and a dishcloth in my stocking.

‘I think it’s a real insult. It’s meant to be a joyous present, you’re meant to get excited about a present.’