Far from a fantasy! Clayton Echard’s relationship with Susie hit a major roadblock after he took his romances with Rachel and Gabby to the next level on The Bachelor.

Every Time ‘Bachelor’ Stars Left Before the Final Rose Ceremony

Clayton and his final three women traveled to Iceland for their fantasy suite dates during the Tuesday, March 8, episode. While he was falling in love with all three women, he believed he might already be in love with Susie. However, Susie made her expectations clear — to the cameras. She said if Clayton was intimate with either of the other women or falling in love with them, it would be hard for her to continue her relationship with him.

Rachel landed the first date, as Clayton noted that he had the strongest physical connection with her. She wanted him to be vulnerable with his feelings, and he eventually told her he was “falling in love with” her and had been for weeks. The morning after their fantasy suite, Rachel told Clayton that she loved him, and he said it back. While Clayton insisted that he meant it, he knew he could feel the same way about the other women. 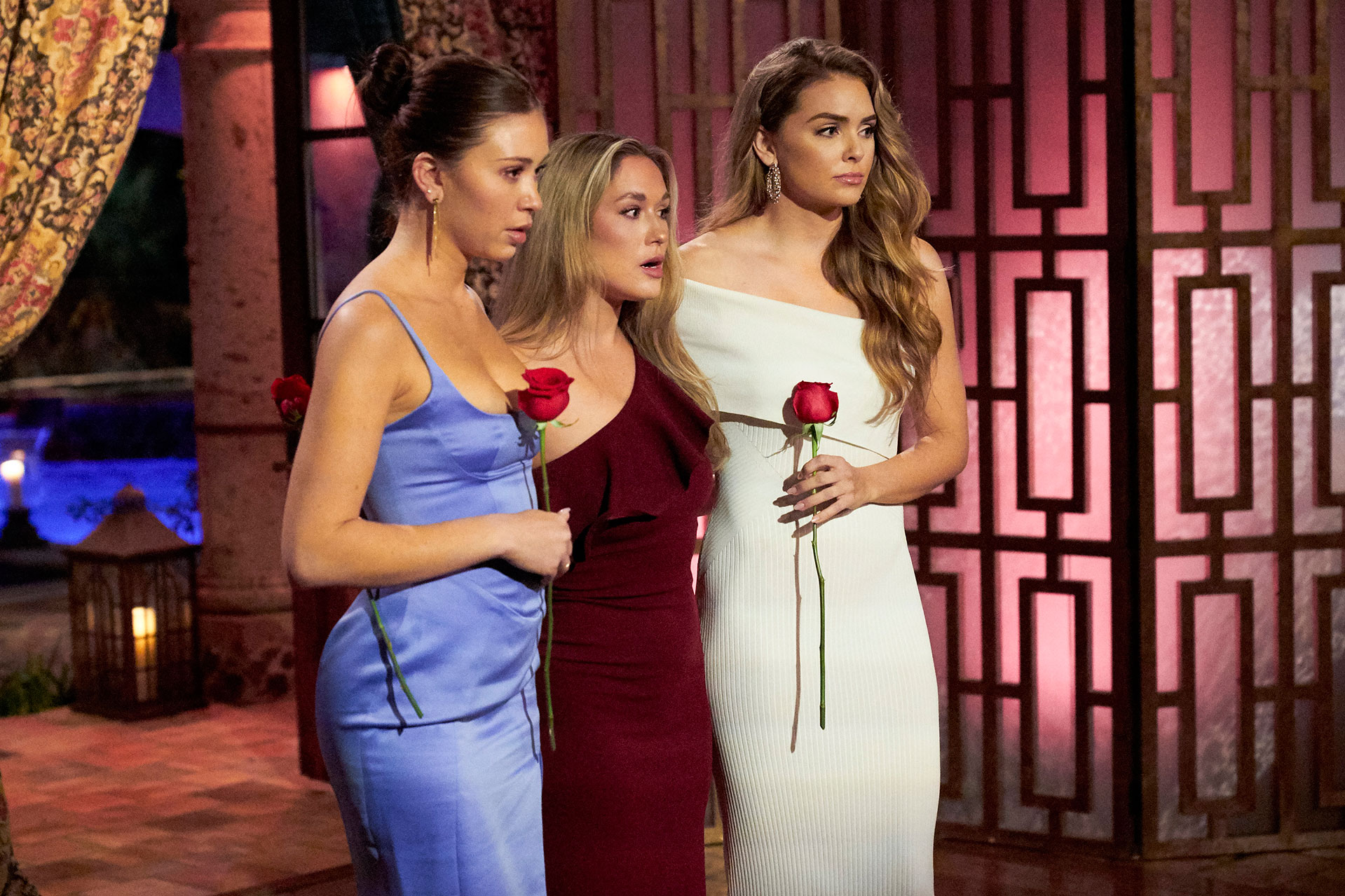 Gabby received the second date, during which she urged Clayton to explore all of his relationships. Clayton echoed his earlier statement to Rachel when he told Gabby, “I’m falling in love with you,” adding that he had been for a while. Gabby believed everything would work out with Clayton, and he felt at peace with her. As he left the next morning, he exclaimed that he was falling in love and it felt so good. Clayton later realized that since he dropped the L-bomb with two women, he would be forced to hurt someone.

Former ‘Bachelor’ and ‘Bachelorette’ Leads: Where Are They Now?

Susie subsequently told Clayton that there were two things she could not compromise on if they were heading toward an engagement: him loving or having sex with either of the other women. He was in shock because she previously told him to explore all of his relationships, but he admitted that he had slept with Rachel and Gabby and told them he was falling in love with them. Susie retorted that it didn’t make sense for Clayton to sleep with them if he was in love with her, but he insisted he was “the most in love with” Susie.

Susie expected Clayton to know how she felt about him having sex with the other women, but she didn’t want to give him an ultimatum before fantasy suites. As he asked for forgiveness and encouraged her to work through it with him, he told her he wouldn’t have slept with anyone else if he knew it was a deal-breaker for her. Clayton also explained that he had sex with Gabby and Rachel because he was in love and wanted to explore his physical connections with them so that he could find the best person for him.

Clayton and Susie both stormed off during the argument. She later told him that she couldn’t be with him after the revelation. He believed she ended their relationship by refusing to work it out and accused her of invalidating everything they had together, while she thought he was set on her going home. Clayton told Susie he didn’t recognize her anymore and that he was “done.”

As Clayton walked Susie out, he said he wanted to find a woman who would stick by him through tough times. She insisted her feelings for him were real, but she thought he would have more compassion for her. As the episode concluded, Clayton said his heart was not in the journey anymore.