When I speak with esteemed elders from my Birmingham, Alabama, community, many can vividly remember the day that Dr. Martin Luther King, Jr., died. They recall exactly where they were when they heard the news, what they were wearing, the time of day. I always marveled at their recollection. And I often wondered if there would ever be a death so significant that I would remember the exact moment I found out. It was a Friday night—10:46 p.m. CST, to be exact—when I learned that Congressman John Lewis had passed away. As emotions began to wash over me in waves, I immediately thought about the freedom fighters from my community and what they must be feeling at this new loss of a beloved movement elder.

To make the news even more painful, earlier that same day, they had received word of the death of the Reverend C.T. Vivian, another civil rights leader. In one day, our nation lost two giants, and the South lost two of its most revered sons. 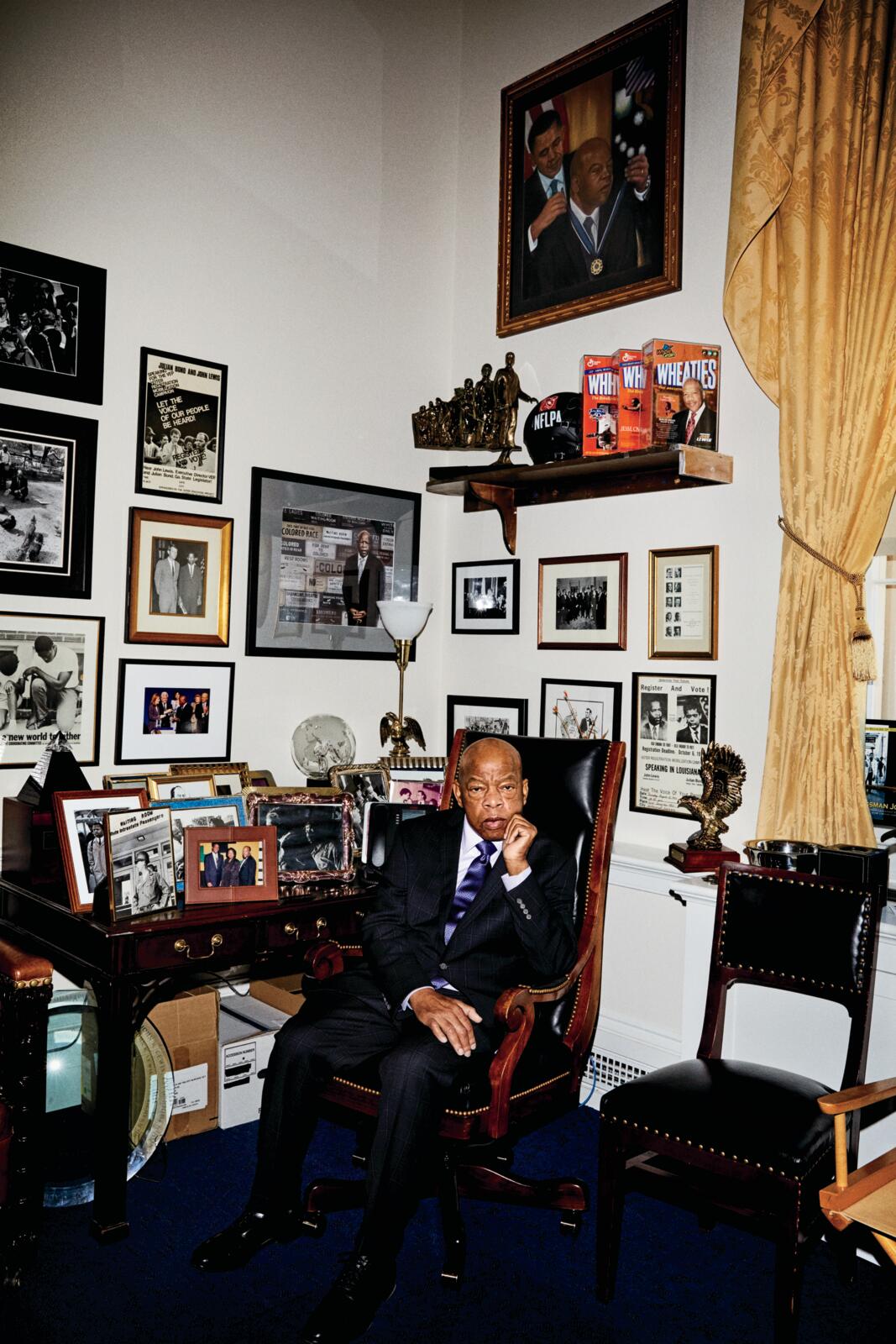 John Lewis was only 23 years old at the 1963 March on Washington. The youngest speaker on that momentous day, he went on to serve as Georgia’s congressman—but Alabama is where he was born in 1940, and where he bled. The civil rights icon would often tell the story of how he was hit in his head and trampled on during the procession across the Edmund Pettus Bridge on “Bloody Sunday,” March 7, 1965. In many ways, his experience on that day reminds me of the biblical story in which Paul says, “From now on let no one cause trouble for me, for I bear on my body the brand marks of Jesus.”

Yes, Congressman John Lewis, known as the Conscience of the Congress, bore the marks of freedom on his body and carried the torch of justice deep in his soul.

He was also one of my most treasured mentors and friends. Twelve years ago, during President Obama’s initial run for office, Rep. Lewis and I drove from Jacksonville to Tallahassee in Florida reminding people how important the vote was and how this was our moment for change. I still recall the day he first hopped in my car and said, “Let’s go!”—and I’ve been committed to good trouble ever since.

Lately, though, my friend’s soul had been troubled. He was troubled by the ongoing attacks on voting rights and on displaced dreamers. He was troubled by an all-too-familiar reemergence of police brutality, and by leadership that enacts violence against the beloved community for which he had fought for so long. Still, he didn’t complain about the issues he was seeing. He got to work. Over the past 16 months, I personally witnessed Rep. Lewis lead protests on Capitol Hill and shift focus on key issues surrounding equality, housing, education and more. This isn’t surprising for a man who lived a full life of purpose, on purpose.

Congressman John Lewis bore the marks of freedom on his body and carried the torch of justice deep in his soul.”

Even if you didn’t agree with him, you respected his conviction. I like to think that the soles of his feet were worn from walking the path of righteousness, and I’m happy he’s now getting his rest. But, selfishly, I wonder what I’m going to do without my cutup partner during this election cycle. Who is going to call me and say, “I don’t want to be at the fancy stuff. I’m riding with you, and we’re going to the early-vote polls to make sure folks stay in line”? Who is going to laugh at my references to In the Heat of the Night? Who will get in good trouble? Will we, those of us Congressman Lewis poured into, pick up his mantle? Will we push toward freedom as magnificently as he did? As he taught us, “We do not want our freedom gradually. We want to be free now.”

It’s just one of the many reasons I love you, Congressman John Lewis. This nation owes you a debt that can only be repaid by executing justice with reverent zeal. Even though thank you is not nearly enough, I say thank you, my friend. Thank you, my righteous guide. I lament that you passed in such a tumultuous time, but I promise you, we are going to fix this. Your life’s work will never be in vain.

Glory, glory, hallelujah. Your truth will march on.