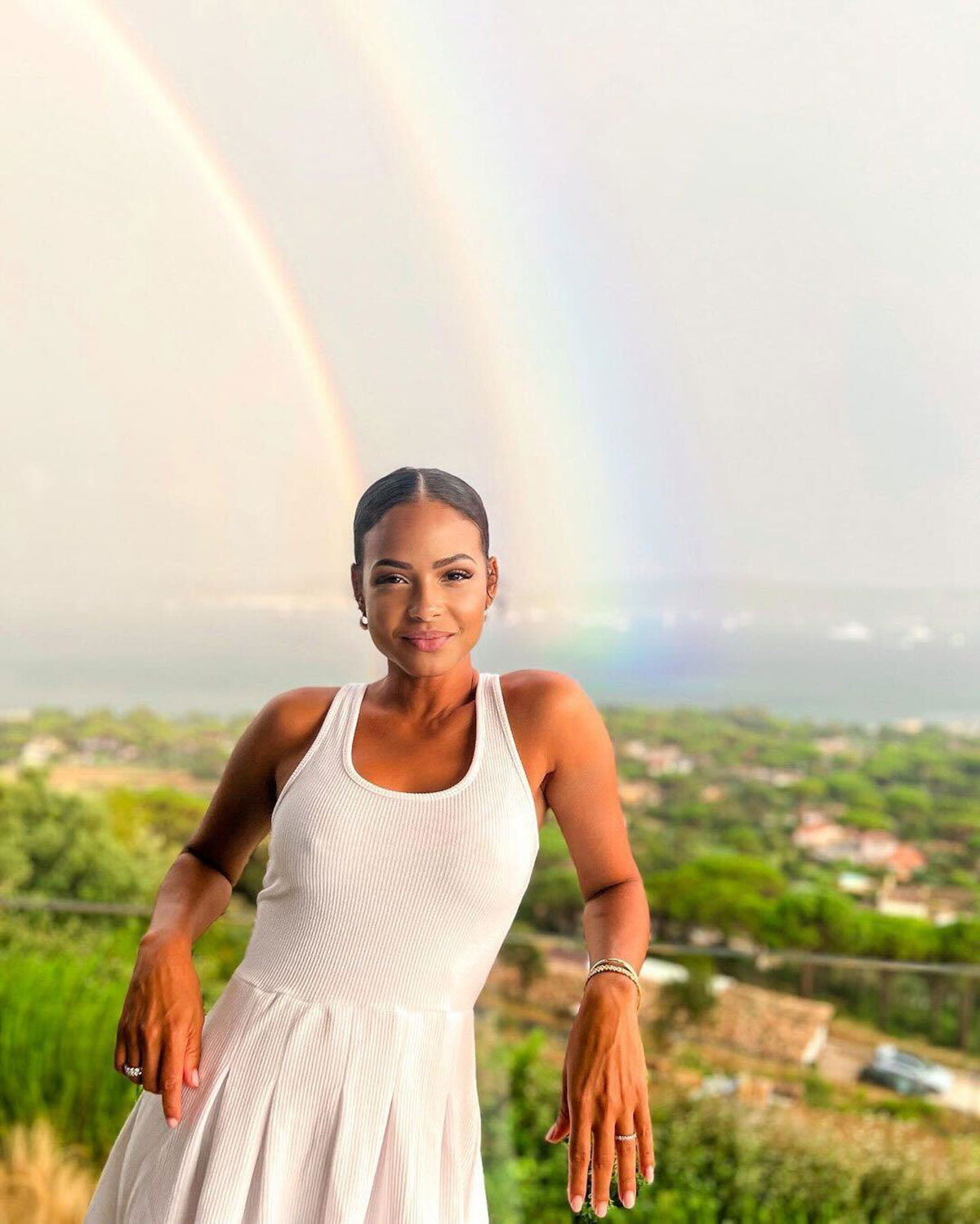 It is Hispanic Heritage Month, and triple threat Christina Milian revealed to Us Weekly everything she loves about being Latinx.

Christina Milian: A Day in My Life

“What makes me proud to be Latina is that Latinos and Hispanics live out loud!” the “Dip It Low” artist, 40, exclusively told Us. “We tend to be happy people with a flair for life. Our food, music, family values and work ethic play huge roles in how we live and conduct ourselves.”

The Love Don’t Cost a Thing actress, who is Afro-Cuban, also got candid about her position as a Latinx business owner. As the co-founder of the Beignet Box Cafe in Studio City, California, “I know how important having community support is to be successful,” Milian told Us. “I’m honored to be partnering with Yelp to bring even more awareness to small Latinx-owned businesses, as featured on Yelp’s list of Latinx ‘Ones to Watch’ businesses this month.

Milian has been candid about her identity as Latinx, telling the Huffington Post in 2015 that she never felt that she “had to make a choice” between being African-American and Cuban.

“Since early, it’d be like, I’m Cuban but [people] didn’t get it because I was also brown-skinned, and you usually see a fair-skinned Latino, so it was just like, ‘Oh, what are you? Are you black? Are you white?’” she recalled at the time. The “AM to PM” singer always felt solid in her identity.

Keep scrolling to find out which pop icon made Milian cry (happy tears!), as well as the actress’ favorite activities with her children and more:

1. One of my favorite games to play with my daughter, Violet, is Uno. I also build magnetic [blocks] with my two younger children.

2. The most common thing fans say to me is, “I grew up watching you/listening to your music! You look the same.”

3. Janet Jackson was my idol growing up. Love her.

4. I was starstruck when I met Janet for the first time. After a conversation where she congratulated me on the success of my music career, I cried like a baby the second she left.

5. I didn’t splurge after my record label signing or my first publishing deal. I put it all away in a savings account [and] eventually bought a modest new car and a house.

6. The Alchemist is at the top of my list of favorite books.

7. My favorite item in my wardrobe is jeans with holes. They’ll forever have my heart.

8. What makes me proud to be Latina is that Latinos and Hispanics live out loud! We tend to be happy people with a flair for life. Our food, music, family values and work ethic play huge roles in how we live and conduct ourselves.

9. The best advice I’ve received was, “Stay humble and grateful because whatever goes up will eventually come back down.”

10. On an average Sunday, you’d probably find me out with my husband and kids at a park or a family event.

11. Violet makes me laugh all the time! We joke about pranks we can do that we don’t ever really do … but the ideas amuse us.

12. Lately I’m loving Orangetheory. It’s a full-body [workout], different every time and I can go with friends.

13. Lauryn Hill was the first concert I attended. I was 16 or 17, and my boyfriend at the time won tickets on the radio.

14. I love dancing merengue … to Latin music, of course.

17. My favorite character to play was Paris Morgan in Love Don’t Cost a Thing. It was my first major role, and I still love watching that movie today.

18. My favorite look was at the Grammys in 2005. I wore a Versace runway piece with Lorraine Schwartz jewelry.

19. As a Latinx business owner, I know how important having community support is to be successful. I’m honored to be partnering with Yelp to bring even more awareness to small Latinx-owned businesses, as featured on Yelp’s list of Latinx “Ones to Watch” businesses this month.

20. When I was younger, I wanted to be a reporter or in the Olympics. I was athletic.

21. I love visiting Corsica, especially in the summer.

22. I love cooking picadillo, which I serve with rice and plantains.

25. To this day, I have a lot of Christian Louboutins.