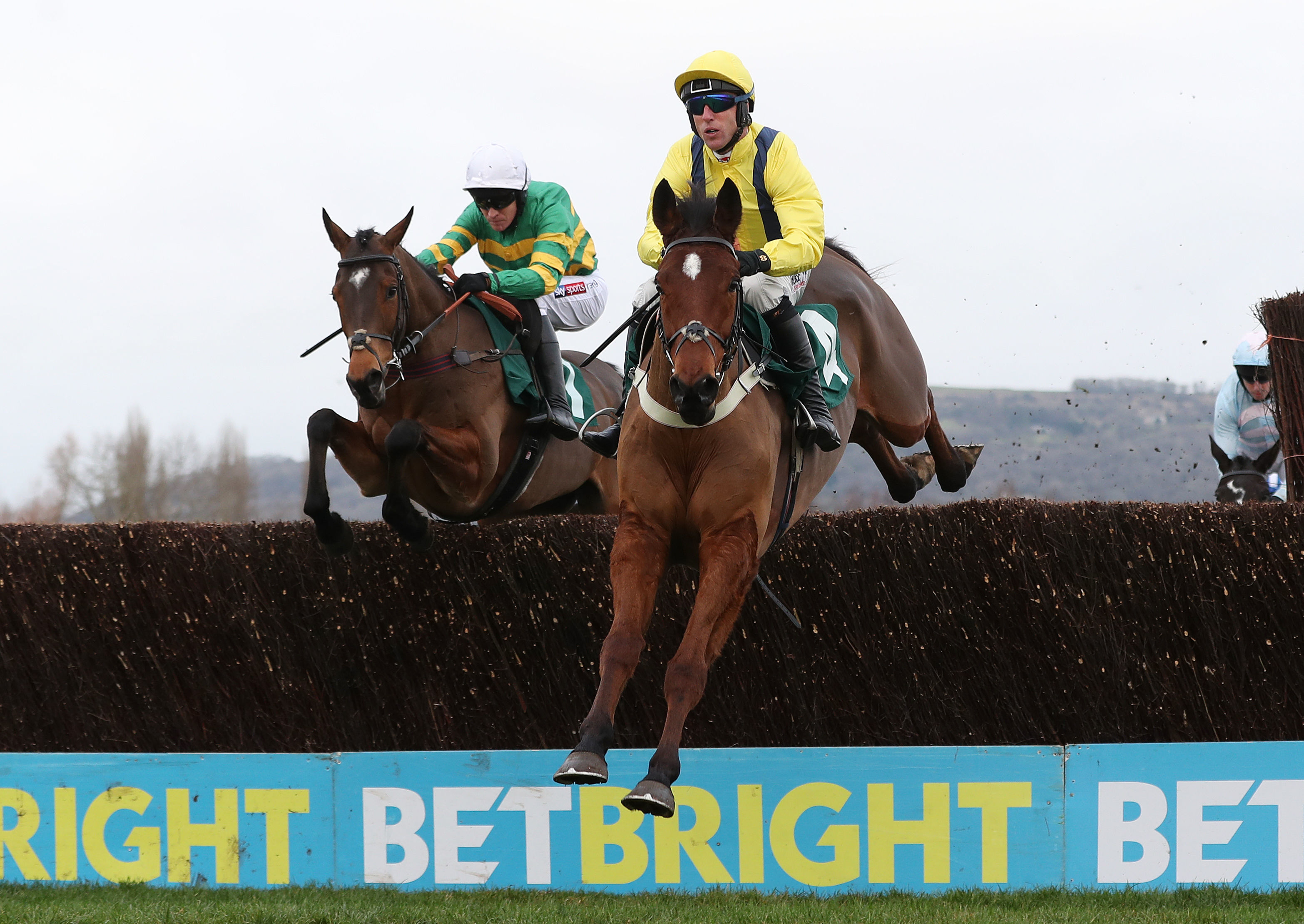 They’ve swapped results in their last two races. Lostintranslation got the better of my fancy when they met in the Dipper Chase over today’s track and trip on New Year’s Day.

Many people thought Colin Tizzard’s ace outstayed Defi Du Seuil that day but I thought it was the fact Barry Geraghty went for home too soon on Philip Hobbs’ hope rather than a lack of stamina.

He got his revenge when they met at Sandown last time with Defi Du Seuil moving like the winner throughout. Crucially, Geraghty waited longer before unleashing his mount and the pair held on for a three-quarters of a length victory with Vinndication back in third.

I’m not worried about the track as Defi Du Seuil twice won over hurdles here including the Triumph at the Festival two years ago.

Lostintranslation is a lovely prospect but he’ll probably end up over further. I’m expecting Robbie Power to try to draw the sting out of Defi but my tip has too much class to be bothered by those tactics.

I like Kildisart a lot and I’m confident he’s up to this grade. He won a hot handicap over today’s course and distance in January but I’m still not sure this is his track. His jumping was far from error free – he was just so well weighted he was able to overcome the errors. He’s unlikely to get away with that today.

Real Steel has won his last two races by wide margins. The worry is he fell on his chase debut at Leopardstown over Christmas and he’s made mistakes in both races since. I’m just not sure his jumping is up to the around this testing course.

Vinndication is a lovely horse but I’m not convinced he’s ready for this. He’s only had seven races and looks likely to come into his own next season.

Trainer Kim Bailey initially ruled him out of today’s race after an unsatisfactory work session but he was back in when he schooled well at the end of last week. I’m not sure what to make of that but I am worried by his tendency to jump out to his right. It’s probably not a coincidence he’s only run on right-handed tracks so he has yet to tick several rather important boxes.

Mengli Khan is more interesting. He was third in the Supreme Novices’ Hurdle at last year’s Festival and made an impressive chase debut in November. His two subsequent efforts behind top prospect Le Richebourg have not been as good but he shapes as though the step up in trip will suit him.

The brilliant new app, which is free to download ahead of the Cheltenham Festival, features:

Head over to the App Store to download it for free.

GO with the Fro in the Ryanair Chase. FRODON is tailor-made for this race. He jumps well, has stacks of course form and is tougher than a Berni Inn steak.

There’s always been a lot to like about Paul Nicholls’ ace but he’s taken his form to the next level this season. He kicked off with victory in the Old Roan Chase at Aintree before failing by only a couple of lengths to land the BetVictor Gold Cup in November.

He was giving the winner Baron Alco more than a stone that day but humping top weight didn’t stop him grabbing the glory in the Caspian Caviar Gold Cup.

Nicholls was toying with running Frodon in this week’s Gold Cup after he saw off Welsh National hero Elegant Escape in the Cotswold Chase with another warrior-like performance.

Bryony Frost gets on brilliantly with this seven-year-old and I’m expecting the pair to carry off this prize.

Monalee has been runner-up in races at the last two Festivals. Both those races – the Albert Bartlett Hurdle and the RSA Chase were over 3m – and he’s got a much better record at around today’s trip.

There was a lot to like about the way he made all the running to win the Red Mills Chase at Gowran Park last month. His jumping was excellent and he clearly gets on well with Rachael Blackmore.

There’s a good few contenders for the pacesetter’s role but he has to be a contender with his profile.

Un De Sceaux is one of those likely to take him on up front. He won this race in 2017 and was runner-up when odds-on 12 months ago.

We’ve not seen much of him this year due to the dry conditions. His one run came when chasing home Altior in the Tingle creek at Sandown in December and he’s just at home over today’s longer trip.

I prefer him to Willie Mullins’ other runner Footpad. He could hardly fail to win last year’s Arkle when he sat off a suicidal pace set by his main rivals. I thought he looked beaten when he fell at the last behind Saint Calvados at Naas in November and the petrol ran out quite spectacularly when collared close home by Simply Ned at Leopardstown over Christmas.

He has won over this sort of trip in France but I’m not convinced he wants the step up in distance.

It would be dangerous to dismiss last year’s winner Balko Des Flos but it has to be said his form this season is uninspiring.

Road To Respect – fourth in last year’s Gold Cup when he didn’t see the distance out – has a better chance of giving Michael O’Leary’s Gigginstown Stud a win in the race he sponsors. 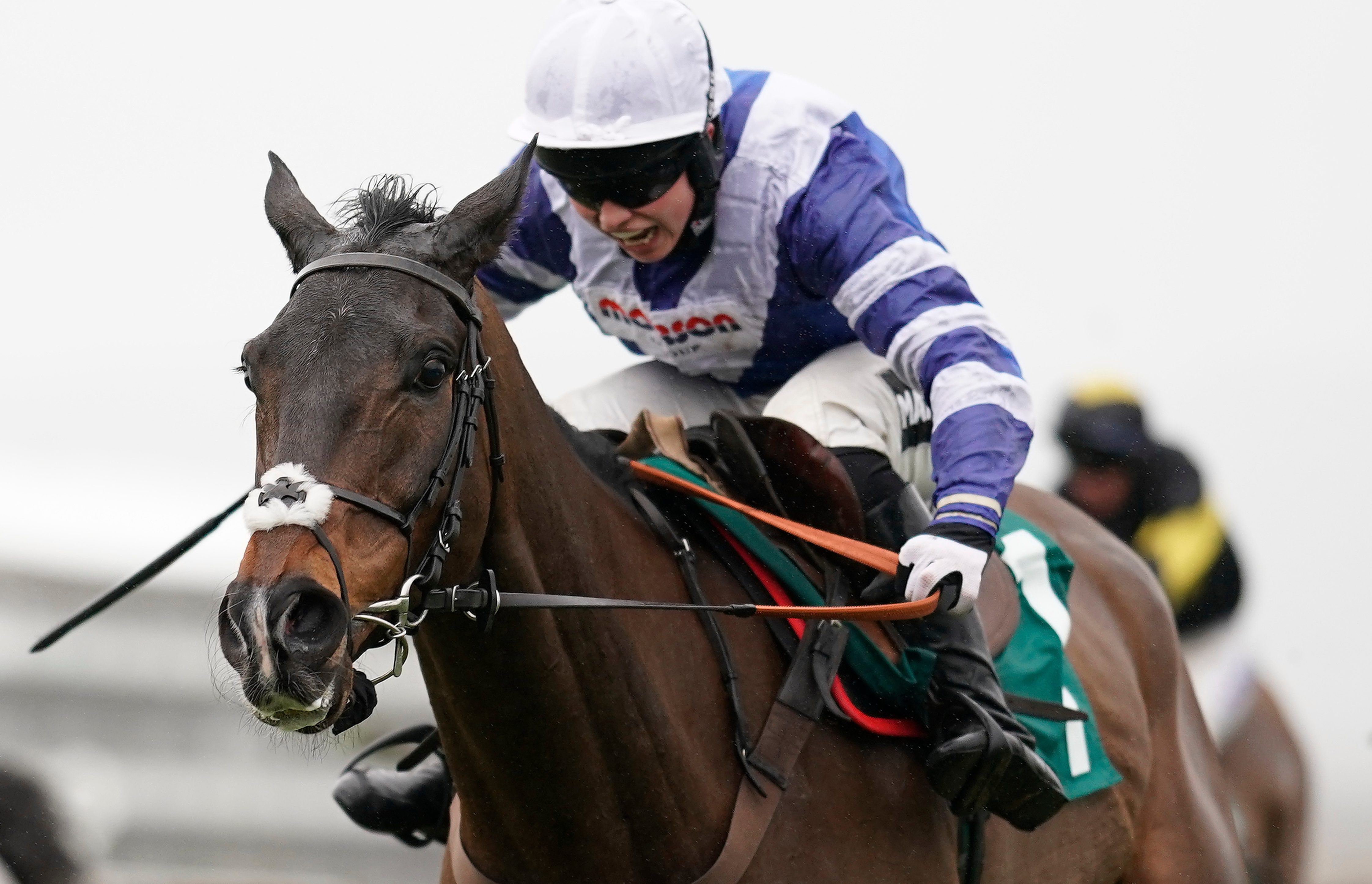 AIM for the Top in the Sun Racing Stayers’ Hurdle. TOP NOTCH is a cracking chaser and I reckon Nicky Henderson has pulled a masterstroke in returning him to hurdles for this contest.

His third behind today’s hot favourite Paisley Park and West Approach in the Long Walk Hurdle at Ascot just before Christmas gives him a bit of ground to make up but there reasons to think he’s up to the job.

That was his first run of the season and he’s always improved for his comeback in the past. It looked the case again as he travelled powerfully before finding race-fit rivals too strong in the closing stages.

His Kempton chase win in January didn’t tell us too much but it was good to see him put the race to bed with such authority.

He was fifth behind Annie Power in the 2016 Champion Hurdle having finished runner-up in the previous Festival’s Triumph Hurdle. That shows he’s always had plenty of class and I’m convinced he’s got a great chance at tasty odds.

Paisley Park sets the standard. He’s bossed the staying hurdle division this season. After Ascot he was even more impressive when storming away with the Cleeve Hurdle over today’s track and trip in January. West Approach, Black Op and Sam Spinner were among those left trailing.

It was a dominant performance and he obviously clears to be favourite but he is very short in the betting for such a competitive race.

It’s four years since Faugheen won the Champion Hurdle. He’s had his problems but he showed at Punchestown last spring he is still a force to be reckoned with when thrashing Penhill – winner of this race 12 months ago – over 3m. He was still moving well when falling two from home in the Grade 1 Christmas Hurdle won by Apple’s Jade.

If he’s at the top of his game he will go close. I’m a big fan of last year’s runner-up Supasundae. He’s incredibly consistent but I’m sure his best distance is 2m4f.

Kilbricken Storm is the other one I like. He didn’t really take to fences but he would be a big player on his Albert Bartlett win at last year’s Festival.

Templegate's tips for day 3 of Cheltenham

4.10 Cheltenham – EAMON AN CNOIC (Click here to compare prices and place your bet)

January 24, 2020, Comments Off on Megyn Kelly makes awkward mix up while comparing her blackface scandal to Robert Downey Jr. in ‘Tropic Thunder’ – The Sun

January 24, 2020, Comments Off on Tesco to cut huge plastic use by removing wrapping from multi-packs

You May Recognize The Classic Ghost Story Behind ‘The Turning’

January 24, 2020, Comments Off on You May Recognize The Classic Ghost Story Behind ‘The Turning’
We and our partners use cookies on this site to improve our service, perform analytics, personalize advertising, measure advertising performance, and remember website preferences.Ok