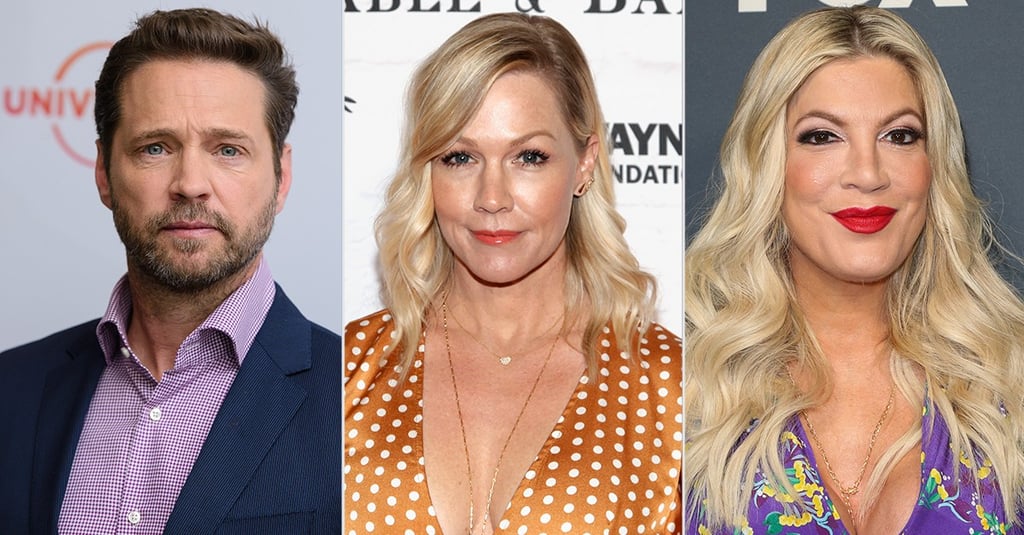 Check Out All the Stars Making a Return For the Beverly Hills, 90210 Revival on Fox!

The Beverly Hills, 90210 gang is coming back — though not in the way we originally expected. Instead of the initially assumed reboot that would bring back the cast as their iconic characters, the revival — which has officially been ordered at Fox — will see original series cast members playing exaggerated versions of themselves in an hour-long mockumentary-style dramedy. The group reunites to work out a 90210 reboot but run into drama before they can actually get anything off the ground.

It’s been confirmed that Jennie Garth, Jason Priestley, Tori Spelling, Ian Ziering, Brian Austin Green, and Gabrielle Carteris are all returning for the six-episode revival, while other notable alums, like Shannen Doherty and Luke Perry, are not currently attached. Perry, who recently suffered a stroke, is busy with his role as Fred Andrews on Riverdale, though the network is keeping the door open for either former member to appear on the show.

Check out who will be returning to bring us a different side of Beverly Hills ahead!