Premier Daniel Andrews is promising billions of dollars in new health spending at the centre of a budget he says will make no attempt to cut services and will instead grow its way back to balance.

In an interview with The Age, Andrews has thrown down the gauntlet to critics calling for spending cuts to fix the budget, warning that Victoria must grow its way back towards a balanced budget with productivity-boosting investments in health, skills and infrastructure, rather than sacking public sector workers. 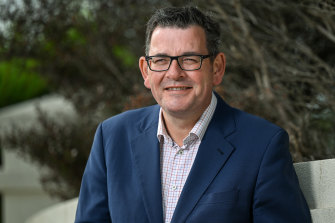 He has pledged billions of dollars for hospitals, nurses, paramedics and the state’s troubled triple-zero emergency call service in Tuesday’s pre-election budget, with a spending agenda he labelled a “comprehensive pandemic repair plan”.

“Health … is one of the greatest drivers of productive capacity that anybody can influence,” Andrews said. “These reforms pay for themselves. Funding health properly pays for itself. And that’s exactly what Tuesday will be about. It’s an economic agenda as much as it is a care agenda.”

The comments set the scene for a budget – and an election campaign in November – that will be heavily focused on fixing the state’s health woes with more nurses, paramedics and emergency call takers as Victoria bounces back from the pandemic.

The opposition has also signalled it is preparing to fight the election on health, having recently conceded it will retain Labor’s mental health levy in a policy u-turn to free up $3.7 billion for its own health spending announcements.

In an expansive interview, Andrews also delivered a blunt warning to whichever side wins the May 21 federal election: stump up half of the cost of hospitals or face a damaging campaign from the state premiers.

The Commonwealth has for years chipped in 45 per cent of hospital funding, as well as placing a funding cap when growth is above 6.5 per cent. It lifted this to 50 per cent for pandemic-related health costs, but that arrangement is set to end in September.

Andrews warned this decision would cost the states about $5 billion, including a $1.5 billion hit to Victoria. He said he was prepared to fight his federal colleagues for an equal funding split if Labor won. 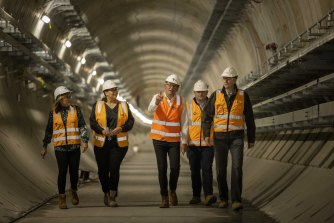 Federal Labor has so far given no indication it is willing to lift the Commonwealth’s contribution to the states for hospitals to 50 per cent, a move that would, according to Australian Medical Association estimates, cost the federal budget about $20.5 billion over four years.

The Productivity Commission’s most recent annual Report on Government Services, for example, shows Victorian public hospitals received the equivalent of $2687 per person in recurrent funding in 2019-20, compared with a national average of $2971 per person.

But Andrews challenged the argument that Victoria’s hospital system was underfunded even before the pandemic struck.

He said it was the efficiency of the hospital system and the results for patients that ultimately mattered, arguing his government had lifted Victoria’s ambulance-response times for the most serious code 1 callouts from the worst to the best in the nation before the pandemic struck. 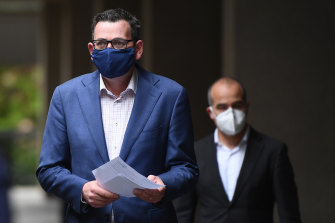 The daily briefing as the pandemic took hold in 2020.Credit:Photo: Getty Images

“You have to look at outcomes. It isn’t just about inputs, it’s about outcomes. So on behalf of every nurse and every doctor and every ambo and every member of the team, I reject this notion that somehow there was this weakness in the system and that’s been exposed by this one-in-100-year event.”

After two years of stagnant growth during the pandemic, the government is pinning its economic and political ambitions on hopes the state economy will continue to bounce back strongly, with unemployment now down to 4 per cent, the equal lowest since the current statistical series started in 1978. 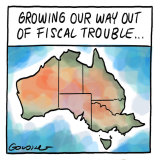 But after feverish spending and borrowing to insulate the economy from the COVID-19 crisis, the state’s net debt is expected to reach about $104.5 billion by the end of this financial year – equivalent to about 21 per cent of the economy.

The interest bill on that debt is currently at 4.1 per cent of total revenue. With inflation running at the fastest pace for two decades and interest rates all but certain to rise, some economists are warning now is not the time to add fuel by dramatically ramping up state spending.

RMIT emeritus professor David Hayward told The Age this week that what mattered in terms of debt was whether it had been used to pay for productive things. But he warned it was also time to wind back the growth in spending.

“Now is the right time for borrowings and spending growth to be wound back, mainly because we have reached full employment and inflation is on the rise,” he said.

Angela Jackson, lead economist at Impact Economics and Policy, also said the state budget would need to be placed on a more sustainable, neutral footing, although she warned that cutting spending too much could do more harm than good. 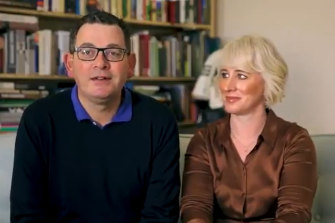 Andrews and his wife, Catherine, announcing his return to work after a back injury last year.Credit:Twitter

Ratings agency Moody’s is now pointing to “downgrade pressure” on Victoria’s credit rating, warning it will be looking for a plan in Tuesday’s budget to keep a lid on spending and debt.

Public sector wages are expected to soak up the equivalent of 42 per cent of total revenue in 2021-22, up from about 36 per cent a decade ago. This follows a massive public sector hiring push to help tackle the pandemic, although the wages bill had already risen sharply even before COVID-19 struck.

Andrews promised the budget would chart a course back towards financial sustainability, with a stabilisation of the debt level.

But he also lashed out at critics calling for spending cuts, warning cuts would be “a dangerous, harmful and simplistic way of dealing with these things.

“And yes, the wages bill has gone up because we’ve hired more nurses, more teachers, more police, more doctors, more ambos – the list goes on and on,” he said.

“Ultimately, if you want more of those staff doing more work and doing better for the people they serve, then your wage bill goes up.

“You can very simplistically look at this. We’ve just got to spend less, which is a fancy way of saying cut the things that matter most, or you can be much more creative. Have some ambition. Invest in our people. And then your bottom line is always stronger when you invest in the people that matter most, and that’s every single Victorian. If they can reach their full potential then our state reaches its full potential.”

Andrews signalled his intention to stay on as premier “as long as the community and my colleagues want me”. He said a fall last year that left him in hospital and then took him out of action for months had forced him to re-evaluate.

“I’m as passionate as I’ve ever been; I’m as motivated. And you know, I had a terrible accident last year … less than a millimetre [difference in impact] and I’m in a wheelchair for the rest of my life,” he said.

“That sees you reappraise things … and I had to go and get fit and get strong, get healthy again. I did that to come back to this job. To finish what I’ve started; what we’ve all started.”