Ink on the brain! Cardi B hasn’t revealed her son’s name just yet, but she’s currently considering quite a dramatic debut. The 29-year-old singer is very seriously thinking about getting the 4-month-old’s name permanently tattooed on her face.

“I’m 1 percent close to tatting my son’s name on my face … I really wanna do it,” she tweeted on Sunday, January 16. As for the location? The “WAP” singer wants to get the tribute ink along her jaw.

Cardi, who shares her son with husband Offset, took her tattoo tease to a new level on Monday, January 17, sharing a photo of a woman with a flower tattoo on her cheekbone.

It didn’t take long for fans to make their thoughts clear, many objecting to the purposed tattoo location. “Why don’t you try a temporary one to see if you’ll like it,” a follower suggested, while another said, “Nooo Cardi please don’t do it we are begging you.” Someone else added: “Why not just the initials? Also how long is your son’s name?” 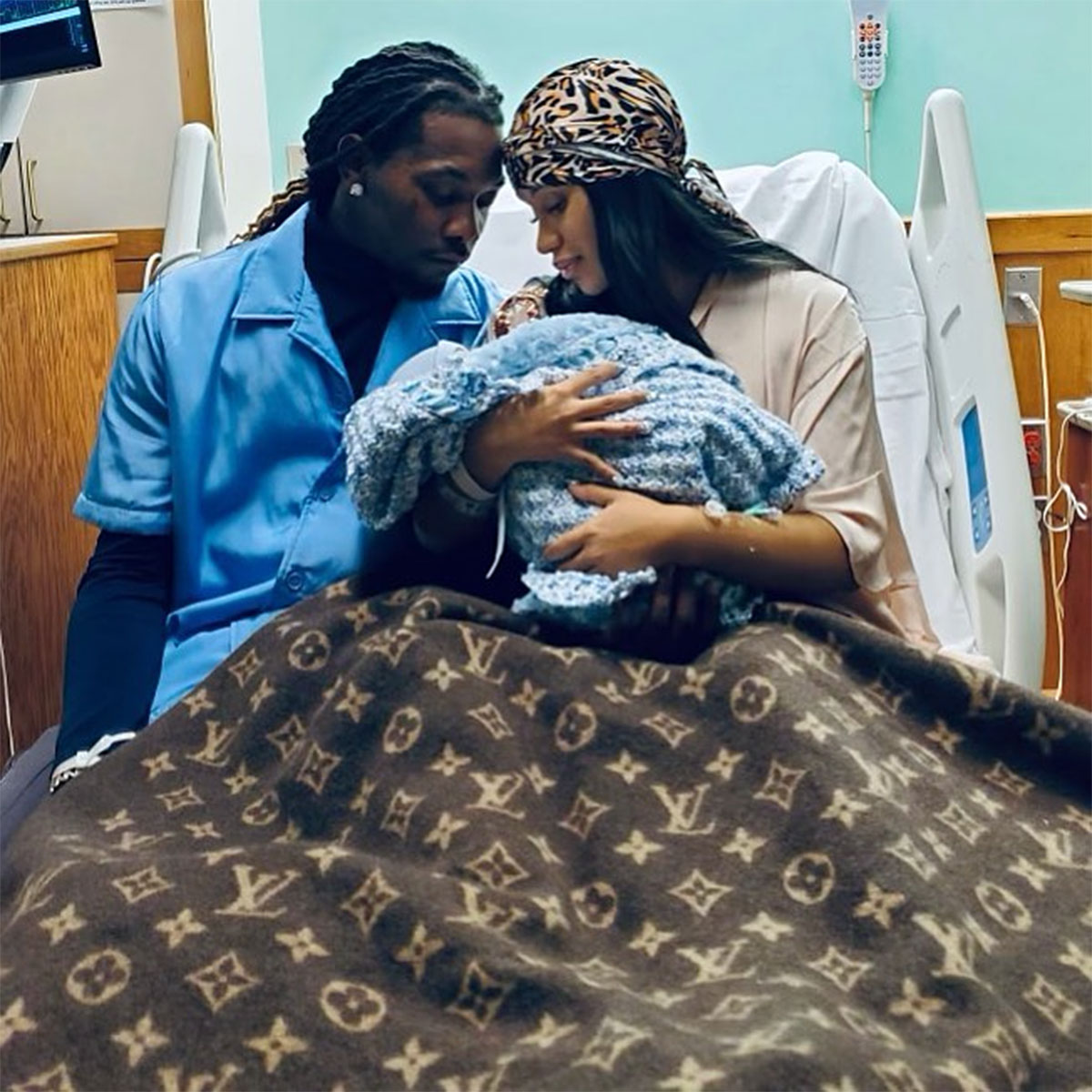 While a face tattoo would be the first for Cardi, husband Offset already has his fair share — including a design for the couple’s daughter Kulture.

In September 2018, the 30-year-old Migos rapper took to Instagram Stories to debut his ink for his daughter, who was 1-month-old at the time. Offset made sure to call out that he has the names of all his kid’s “tatted” somewhere on his body. In addition to his youngest son and Kulture, Offset also shares children Kalea, Jordan and Kody with ex Kiari Cephus.

The “Bad and Boujee” singer also has a tattoo of Cardi’s name on his lower neck. He debuted the tattoo in January 2018. The “I Like It” singer matched her hubby in July 2019, getting his name inked in cursive on her lower thigh.

Offset shared revealed his wife’s ink via Instagram, sharing a screenshot from their FaceTime call. “CAN’T WAIT TO GET HOME,” he captioned the picture, adding a string of tongue emojis.

The mom of two has a handful of other tattoos in her collection, most notably a massive collage of flowers that covers her lower thigh, butt and back. According to tattoo artist Jamie Schene, the whole design took more than 60 hours to complete and was finished in “more than 10 cities.”

Cardi additionally has a cheetah tattoo on her upper leg, a peacock on her side, her sister’s name on her inner arm, and the Sign Language symbol for “I Love You” on the back of her neck, among others.