The Coalition’s $660 million commuter car park fund was a “corrupt” process aimed at winning the 2019 election, a Senate committee has heard from integrity experts, with claims taxpayers’ money had become a “lolly jar” for MPs wanting to say in office.

In the case of a car park promised by Treasurer Josh Frydenberg to ease congestion in his inner-Melbourne seat, an industry analyst said it would do nothing but provide free parking to shoppers while increasing crowding around a local railway station. 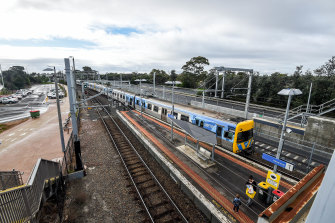 An enlarged car park was promised for Kananook station in the marginal Melbourne seat of Dunkley at the last election. It has been abandoned.Credit:Justin McManus

The commuter car park program was the focus of a scathing Auditor-General’s report in June, which found 77 per cent of projects were promised to Coalition seats. Many were destined for south-eastern Melbourne, where senior ministers including Mr Frydenberg and Assistant Treasurer Michael Sukkar faced serious challenges at the 2019 poll.

Documents released under freedom of information laws this week show the fund is on track to cost taxpayers more than $711 million despite several projects being abandoned. Some car parks will not be delivered until 2026-27.

Giving evidence to a Senate inquiry into the urban congestion fund, of which the commuter car park fund forms a part, former NSW auditor-general Tony Harris said he was convinced the promised car parks were motivated by “electoral concerns”, potentially putting them in breach of federal law.

He said taxpayers’ funds had been treated “like money in a lolly jar”, arguing a federal independent corruption commission would damn the program.

“If we had an ICAC, it would amount to corruption. I’m quite convinced of that,” he said. “If you want to dispense with government monies you do it in a way that is proper, that is efficient, effective, economical and ethical and there is no way that this program meets any of those conditions.”

Deputy auditor-general Brian Boyd confirmed on Thursday the starting point for the car park fund was a list of the “top 20 marginal seats”.

“It was as if you were saying, look if you live in a Labor electorate, you don’t deserve any car parks because you vote Labor,” he said. 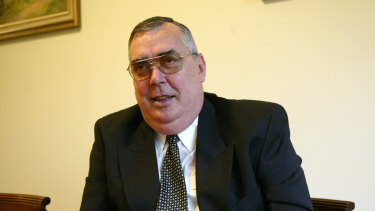 Former NSW auditor-general Tony Harris says the car park fund was used by politicians like money in a lolly jar.Credit:

The chair of the Centre for Public Integrity, former Supreme Court judge Anthony Whealy QC, said the way the program allocated money would constitute corruption under the ICAC Act.

He said the government got away with the program largely because there were no consequences for breaching the ministerial code overseen by the Prime Minister.

“If you’re in government you can get away with it, why wouldn’t you do it? You might win an election,” he said.

Asked if the commuter car park fund could be repeated in the coming election, Mr Whealy said: “Sadly it is.”

The Infrastructure Department conceded there were “untidy” and “unusual” aspects to the car park fund, including potential sites not being identified by the department but by government MPs and senators. It confirmed some projects might yet be added to the program and others ditched.

He cited the Glenferrie Road railway station, the site for one of four car parks promised by Mr Frydenberg for his seat of Kooyong. Before COVID-19, the station was used by 11,000 passengers a day, of which 93 per cent walked to the station.

Mr Norman said the station, adjacent to Swinburne University, was heavily used by students. Building a free car park without any access controls could draw more cars into the area, boosting congestion.

“That car park would have been used by shoppers in Glenferrie Road, Hawthorn, not by people catching the train,” he said. “If a local member does suggest a commuter car park in that area, that needs to be put under some scrutiny.”

Mr Frydenberg has made clear he had sought advice from the Boroondara Council about potential railway station car parks in his electorate.