Caitlyn Jenner came to Dave Chappelle’s defense amid the controversial comments that he made in his new Netflix comedy special, which target the LGBTQIA+ community.

Caitlyn Jenner Through the Years

“Dave Chappelle is 100% right,” the Keeping Up With the Kardashians alum, 71, wrote via Twitter on Tuesday, October 26. “This isn’t about the LGBTQ movement. It’s about woke cancel culture run amok, trying to silence free speech.”

Jenner continued, “We must never yield or bow to those who wish to stop us from speaking our minds.”

The Olympian’s support for Chappelle, 48, comes nearly three weeks after he received backlash for identifying as “team TERF,” a term that refers to a trans-exclusionary radical feminist, in the special.

“Gender is a fact. Every human being in this room, every human being on Earth, had to pass through the legs of a woman to be on Earth,” the You’ve Got Mail actor said during The Closer, which was released on October 5. “That is a fact.”

In the special, Chappelle also expressed anger at the fact that Jenner, who he called “a wonderful person,” had been awarded Woman of the Year by ESPN. “Never had a period, ain’t that something?” he said. “I’d be mad as s–t if I was a woman.” 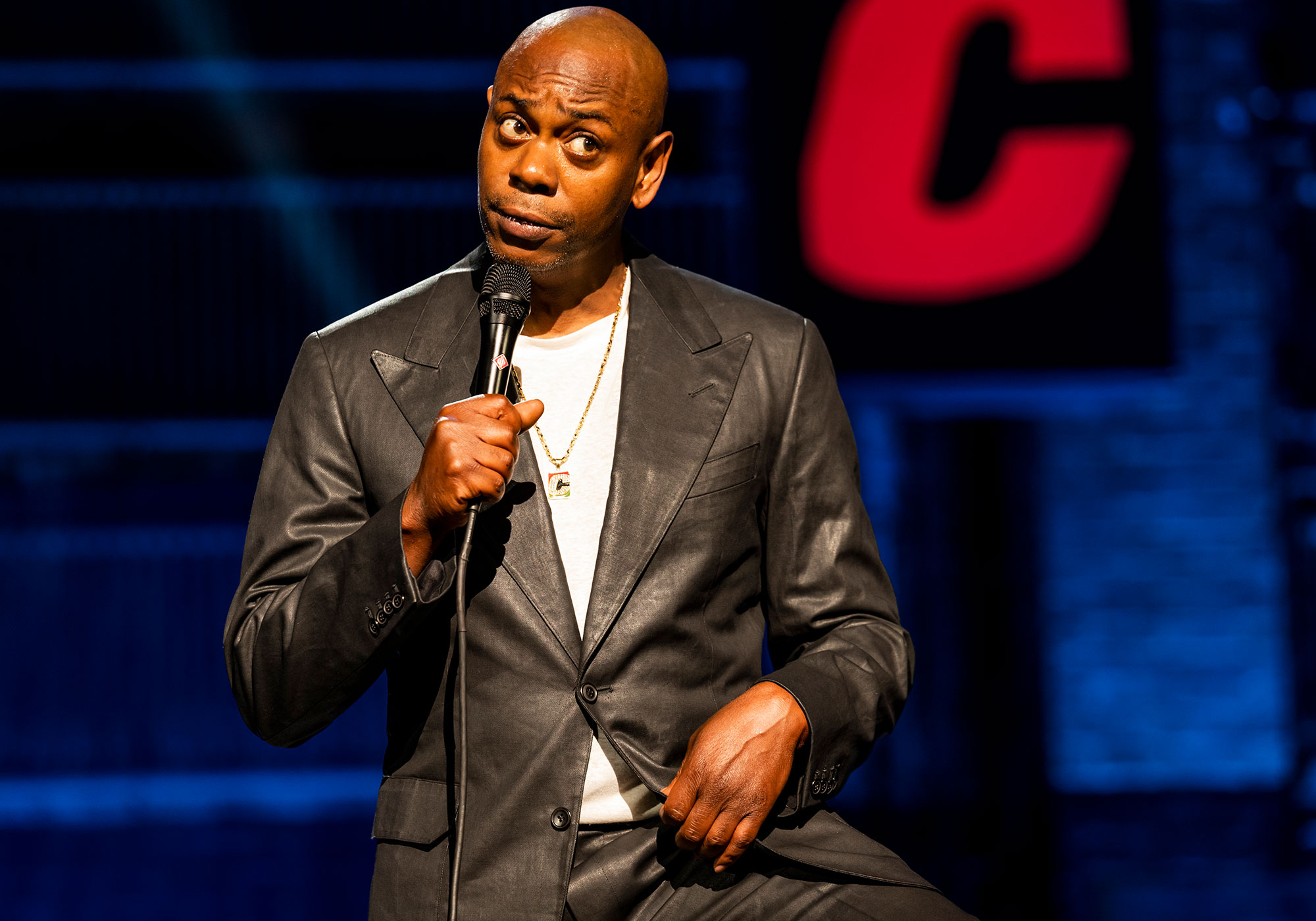 After the Star is Born star’s comments went viral, Dear White People executive producer Jaclyn Moore took to social media to say that she will no longer be working with Netflix if they “put out and profit from blatantly and dangerously transphobic content.”

Fellow TV writer Franchesca Ramsey later addressed the claims of cancel culture on Twitter, writing, “‘Hey this is harmful’ isn’t an attempt at ‘cancellation’ nor is it possible to ‘cancel’ a very wealthy & famous man for spreading transphobic bullshit in the name of ‘comedy.’”

However, Netflix CEO Ted Sarandos defended Chappelle and the streamer’s decision to keep the special on the platform. “Chappelle is one of the most popular stand-up comedians today, and we have a longstanding deal with him,” Sarandos, 57, stated in an October 9 memo to staff that was obtained by Variety.

After employees announced they were staging a walkout, Sarandos told Variety he “screwed up” with his initial response — but doubled down on his support of the comedian. “We have a strong belief that content on screen doesn’t directly translate to real-world harm,” he wrote in an email to staff on October 13. He reiterated that he did “not believe that The Closer is intended to incite hatred of violence against anyone.”

Meanwhile, Chappelle agreed to meet with transgender employees of the streaming network — but only under certain conditions.

“First of all, you cannot come if you have not watched my special from beginning to end,” he said in a video posted via Instagram on Monday, October 25. “You must come to a place of my choosing, at a time of my choosing.”

Chappelle previously said he wasn’t worried about the backlash he’s received over his latest comedy special. “If this is what being canceled is like, I love it,” he told the crowd at a screening of his upcoming Untitled: Dave Chappelle Documentary in Los Angeles earlier this month.

For her part, Jenner ran as a Republican candidate in the recent California recall election to oust Governor Gavin Newsom, vowing to “cancel cancel culture” if she was elected. In September, Newsom, 54, won the recall with Jenner receiving only one percent of the total vote.