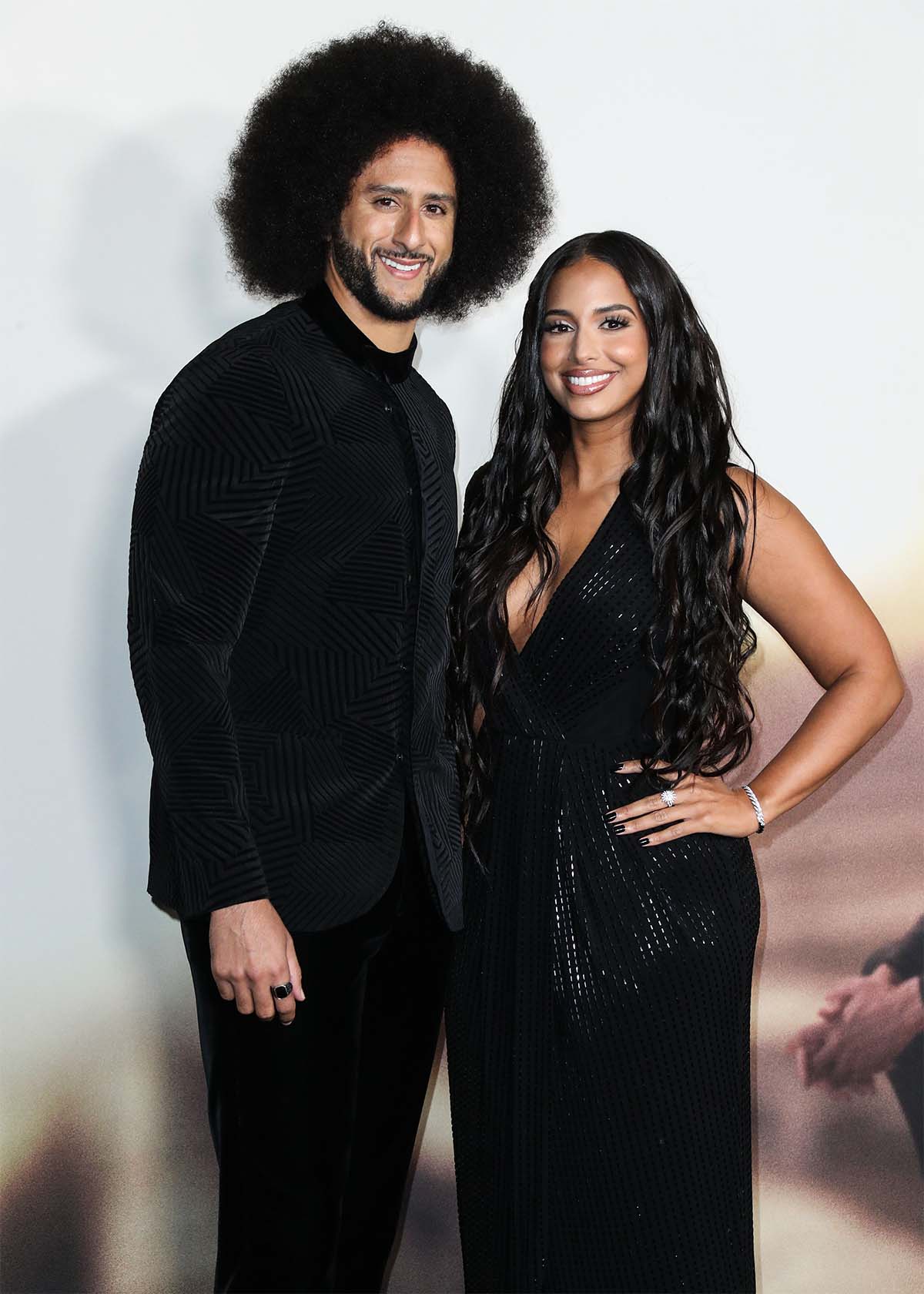 A wonderful surprise! Nessa Diab revealed the birth of her first child with boyfriend Colin Kaepernick — hours before she appeared on the 2022 MTV Video Music Awards’ black carpet.

“I thought long and hard about sharing our life changing news today. I decided to do so because today is the first day in a few weeks where I stepped out for work with a new life title – MOM!” the TV host, 41, wrote on Sunday, August 28, alongside an Instagram photo of her and Kaepernick, 34, holding their little one.

Diab added: “Colin and I welcomed our amazing baby to the world a few weeks ago and we are over the moon with our growing family.”

In the lengthy social media upload, the California native reflected on the couple’s transition to parenthood. “Recovering after delivery has been a journey (more on that later) and honestly I wasn’t going to share anything because this is sooooo personal to us and I realized I’m a complete mama bear!” she continued. “Colin is the most amazing dad and I’m soooo grateful that he is by our side for every moment of this journey.”

Diab noted that she was looking forward to showing more of her motherhood journey, adding, “I know sharing this allows me to connect with you in different ways that I never imagined. My conversations and life experiences have already changed. And my world has gotten that much bigger thanks to our sweet little baby who has shown me how to love in ways I never knew. Thank you everyone for your support as always.”

The radio personality, who confirmed her romance with the athlete in 2016, signed the sweet post as “The Kaepernicks.”

That same day, Diab showed a glimpse at her first red carpet appearance after welcoming her baby boy. “Almost show time! Hosting the @MTV #VMA red carpet at 6:30pm tonight!” she wrote alongside an Instagram snap of her in a black gown. “See you guys on the carpet! – Mom.”

Diab and Kaepernick were initially linked in 2015 before going public with their relationship one year later. The Girl Code alum later gushed about her love for Kaepernick after he made headlines in 2016 when he kneeled during the national anthem at an NFL game as a protest against police brutality and racial inequality.

Not Just Deflategate! Biggest NFL Controversies Through the Years

“Colin has always been helping people, he has always been involved, because he has empathy,” she wrote for GQ after her boyfriend was named Citizen of the Year in November 2016. “Empathy was a reason why he was adopted: His parents — two of their children had passed away from heart defects. It’s why he helped so many young children with heart defects get proper care — he’s been doing that for years. I’m very fortunate that I have Colin next to me. It’s everything. We love each other, we care for each other, and we have to remind each other that, hey, we’re doing our part, we’re trying to make a difference.”

Kaepernick, for his part, also praised Diab for standing by his side. “Words cannot express my gratitude for everything you’ve done with me,” he said via an Instagram video in February 2018. “I look forward to what we will accomplish in the future together! I Love You, Queen!”