While some famous figures used the BAFTA red carpet to speak out in support of Ukraine, others are taking more practical measures to hope those in need.

Burberry model Otis Ferry, who is dating Lady Alice Manners of The Crown’s Belvoir Castle, is on the Ukraine-Poland border where he is busy transporting essentials like medicine and sanitary products.

The 39-year-old, son of late socialite Lucy Birley and Roxy Music frontman Bryan Ferry, was lent the van by Belvoir, the Leicestershire family seat of Alice’s father, the Duke of Rutland. 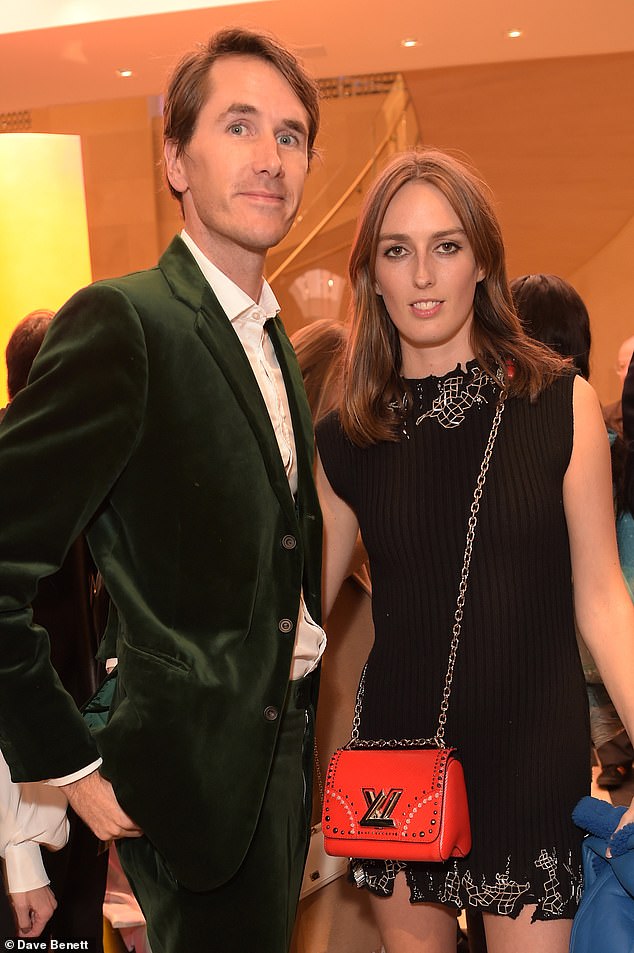 Taking action: Burberry model Otis Ferry, who is dating Lady Alice Manners of The Crown’s Belvoir Castle, is on the Ukraine-Poland border where he is busy transporting essentials like medicine and sanitary products. Pictured, Otis and Lady Alice at a 2019 event 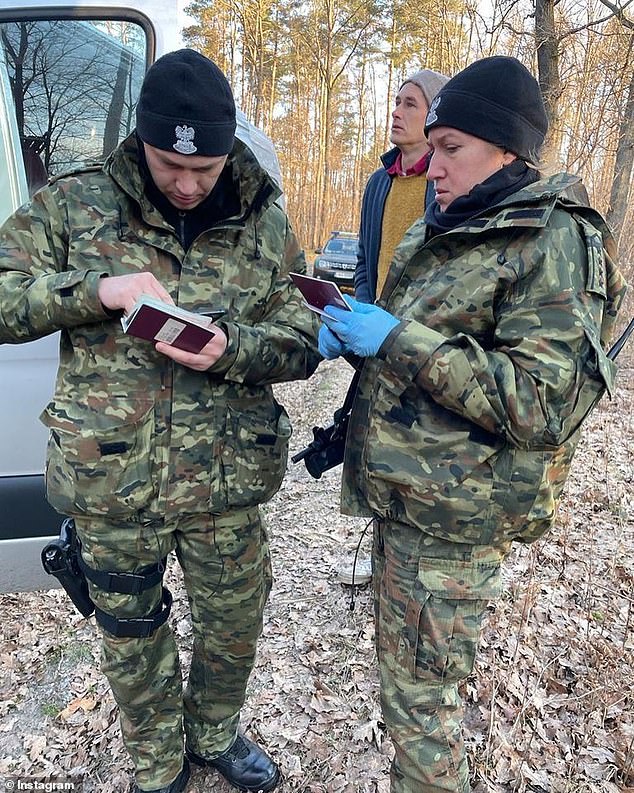 Stopped on the border: Otis revealed he was searched by Polish officials after spending the night in his van 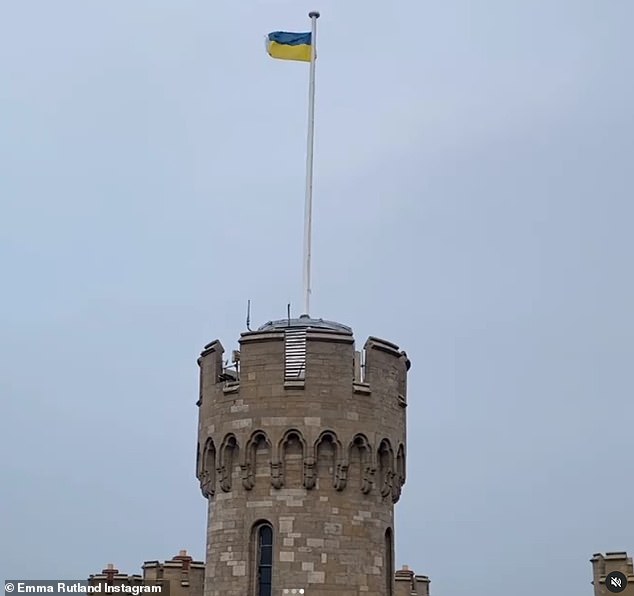 Flying the flag: Belvoir Castle, in Leicestershire, is showing its support for Ukraine 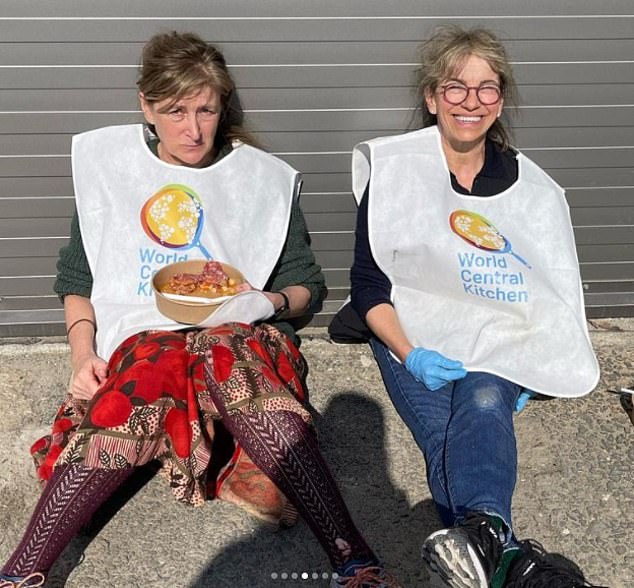 Lady Isabella Naylor-Leyland, wife of the wealthy landowner Sir Philip Naylor-Leyland, 4th Baronet, is in Przemyśl, Poland, where she is volunteering for the World Food Kitchen

The Duchess of Rutland organised a collection for clothes, blankets and other much-needed items before they were driven across Europe by her daughter’s boyfriend.

Otis is documenting his experience on Instagram. Arriving at the border last Thursday, Otis wrote: ‘1,315 miles 4 vans loaded with supplies generously donated by people across England. We have unloaded all of our supplies and they have been transferred to vans driving into the red zone.

‘We couldn’t cross the border even if we had wanted to as we didn’t have our van logbooks! It seems absolutely insane to me that aid is being slowed up because of this! Luckily there was a good team to receive all the supplies.

‘We plan to run some shuttle services tomorrow to get fleeing women and children to shelter.

‘It’s -3 and tonight we are sleeping in the vans and I seriously regretting handing over all that warm bedding!!!! Just need to be grateful I’m not fleeing from home in fear of my life. 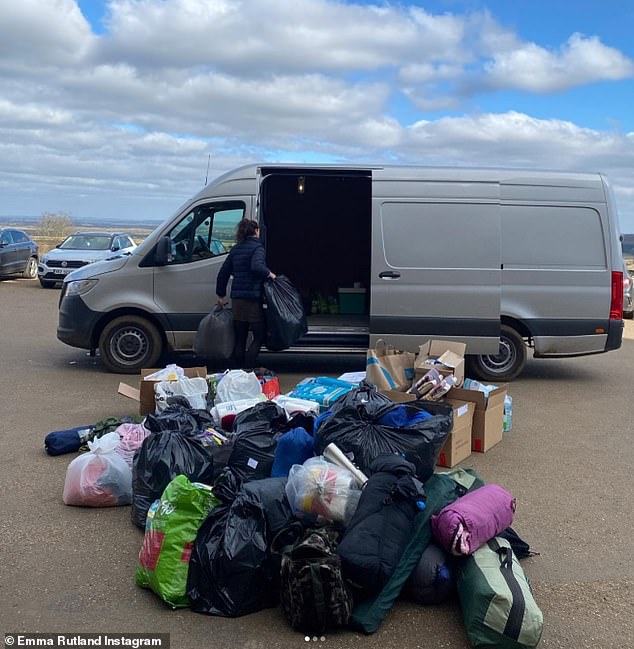 Giving back: The Duchess of Rutland organised a collection for clothes, blankets and other much-needed items before they were driven across Europe by her daughter’s boyfriend 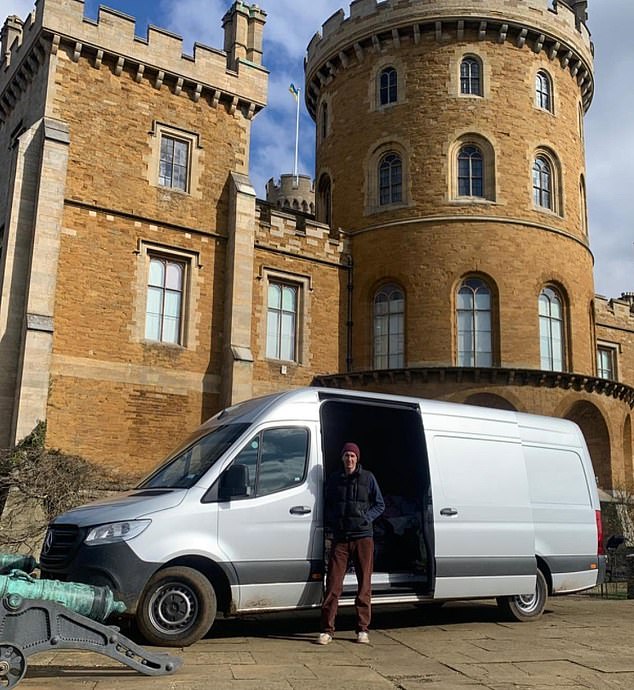 Setting off: Emma, Duchess of Rutland, shared a snap of Otis ahead of his journey 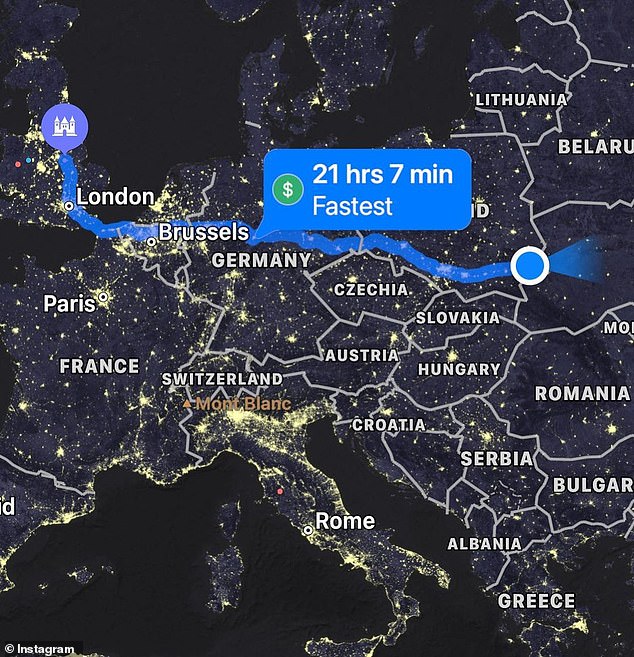 Tracking his progress: Otis has been sharing updates on Instagram, including this map showing his route 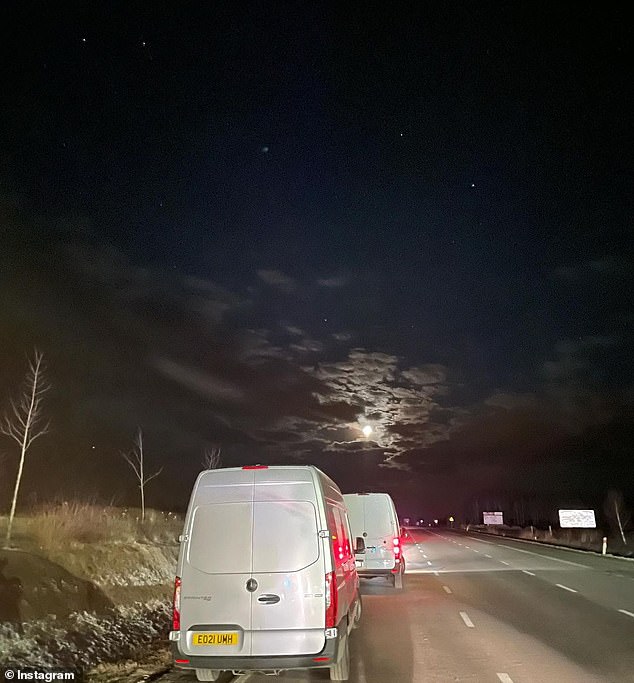 Made it to the border: Otis shared this photo after successfully handing off the supplies 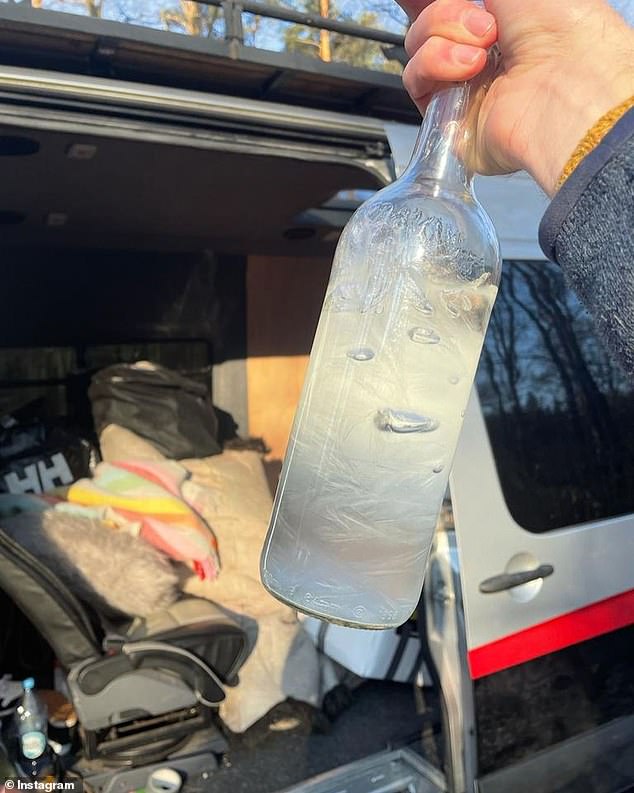 Freezing: The 39-year-old shared a photo of his frozen water bottle after a night in the van 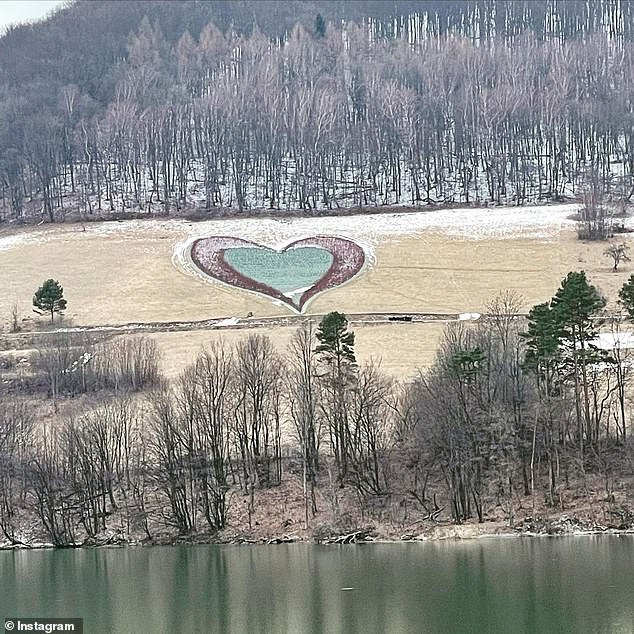 Message of hope: A heart carved into a field near the border between Ukraine and Poland

The following day he shared the update: ‘After dropping our aid at the border around Midnight we were too tired to try and source accommodation.

‘We found a beautiful woodland track which we thought was suitably out of the way to get a good nights sleep. We hadn’t factored in the -9 temperature or we would have held back some more bedding.

‘Without doubt the coldest night I’ve experienced, and wasn’t expecting a wake up call from the polish military… their eyebrows were raised when they spotted the Russian Visa in my passport… However they were quite sympathetic when they saw the frozen bottle I had been sleeping next to!!!’

Yesterday he revealed he had crossed the border and driven to Lviv, where he joined volunteers organising and distributing donations. 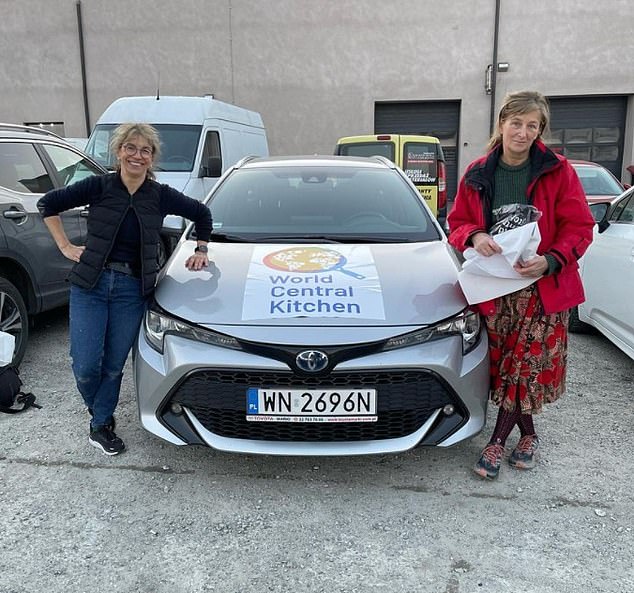 Volunteering: Lady Isabella (right) and her childhood friend Anna are cooking in Poland

His efforts were publicly praised by proud girlfriend Alice, who wrote: ‘So proud of him driving out with donations…it’s unbearable watching the situation unfold. How can anyone want to create such terror.’

He’s not the only well-heeled volunteer who’s made the journey.

Lady Isabella Naylor-Leyland, wife of the wealthy landowner Sir Philip Naylor-Leyland, 4th Baronet, is in Przemyśl, Poland, where she is volunteering for the World Food Kitchen.

Proud daughter-in-law Alice Naylor-Leyland, contributor at US Vogue and runs her own tableware company, Mrs Alice, praised the ‘brave’ feat.

Alice is married to Tom Naylor-Leyland, who is heir to the family’s £176million fortune and vast estates, including the 17th century Nantclwyd Hall in Denbighshire, Wales.